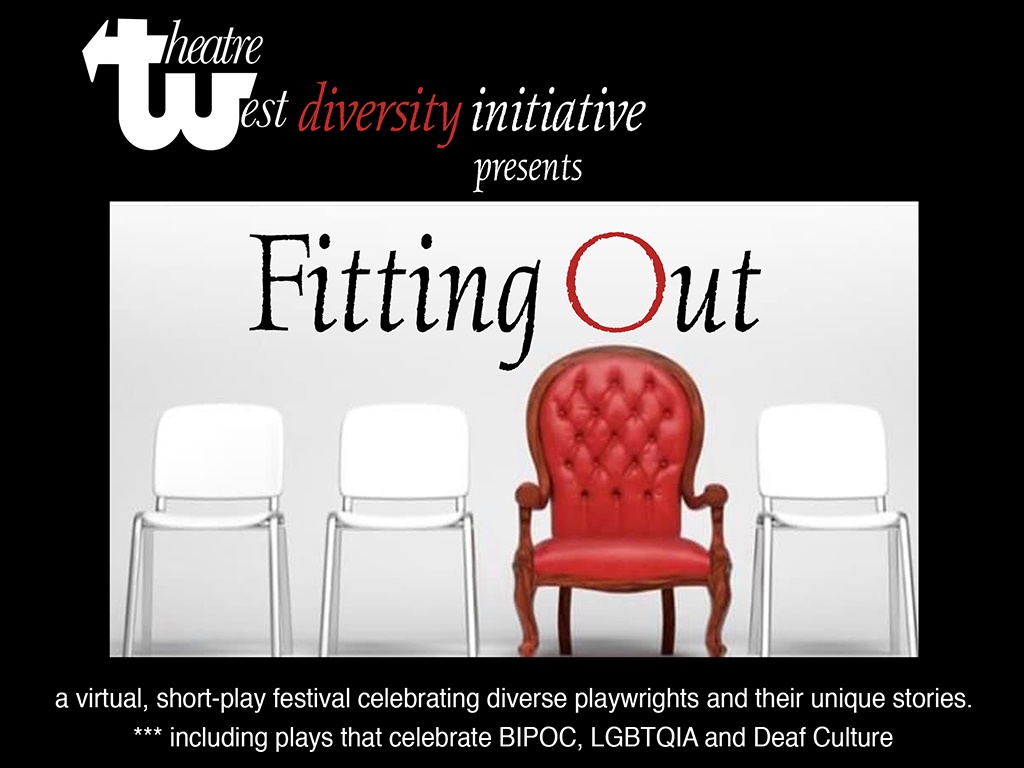 In honor of Pride month, our LGBTQIA focused stories will premiere.
All pieces will be captioned.

Reluctantly I come out of my dream where I’m married to Coach and we live together in New York in a loft painted all-white and spend our summers on Martha’s Vineyard with the Kennedys and our dog named Diana Ross.

Two newly-minted sophomore students fresh from their first year at university return home in the wake of the COVID-19 pandemic. Under quarantine and taking shelter within their homes, just as these two sexually curious and sexually-active young men hop online to unleash their carnal desires, news of a horrific incident prompts them to not only ask questions about the worth of the black body in America, but also its endurance.

Two women have a chance encounter outside of a drag bar.

I wanted to write a play that exuded queer joy and celebrated the messiness of life, too.
No matter where you find yourself on the spectrum of gender and sexuality, we can all relate to that journey.

In a hotel hallway, two generations of queer try to sort through the weirdness of identity, despite if it fits into neat definitions.

Our festival continues with new stories.
All pieces will be captioned.

How Do You Fall Out Of Love With Country Music

An Indian-American country singer questions her commitment to the music she loves.

Green is about two Asian American actors debating the advantages and disadvantages of playing stereotypical roles in Hollywood.

Leo Mehlman, a gay man, of a certain age living in NYC, hasn't seen or talked to his father in years. His father's new wife calls letting him know that his father is in the ICU, in Florida. Leo reluctantly agrees to speak with him, perhaps for the last time, remotely. In spite of the 'miracle of modern technology' will they make one last connection?

Manny is learning how to communicate his feelings, but in a way where silence has the loudest impact.

In 2013, students from Wilcox County High School in Wilcox County, Georgia, hosted their own integrated prom - not sponsored by the school, who at the time maintained their history of throwing a segregated prom, one for white students, one for Black students. Despite this seemingly successful move on the part of the students, one interracial couple must reckon with the question of whether or not it is enough, or a temporary win against long-standing, societal problems.