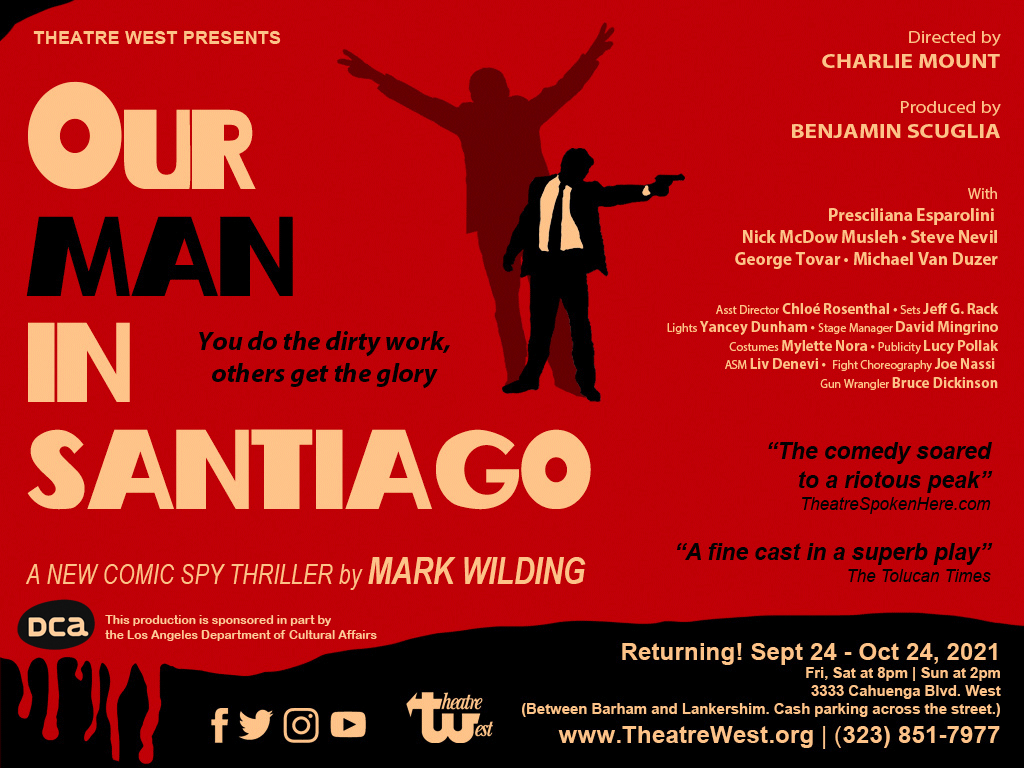 READ OUR RAVE REVIEWS!!!
(Click on the bold reviewers name for the full review.)

"GO! A stinging indictment, with laughs... The pleasure of sitting in an audience
and sharing the laughter is worth the price of admission."
-- Michael Sheehan, OnStageLosAngeles

"A fine cast in a superb play!"
-- The Tolucan Times

"The comedy soared to a riotous peak!"
-- TheatreSpokenHere

Our Man In Santiago 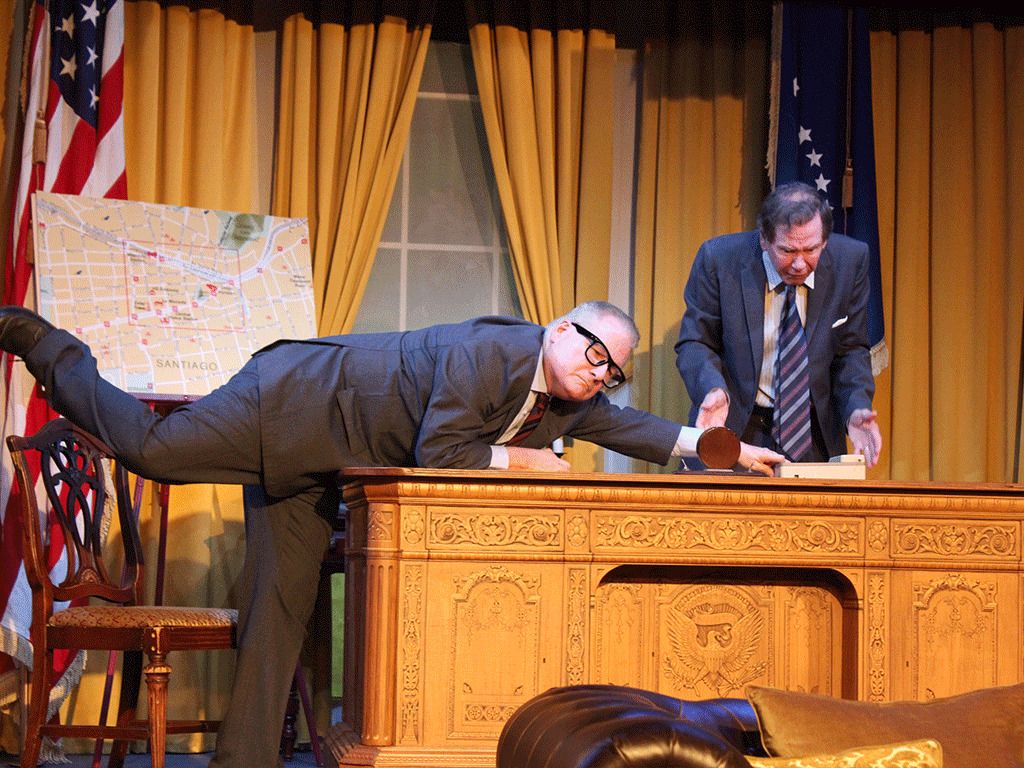 On Sept. 4, 1970, socialist politician and physician Salvador Allende was elected president of Chile. According to a 1974 article in Harper’s Magazine penned by Gabriela García Marquez, a contingency plan had been hatched by the Nixon administration and the Chilean military in preparation for just such an event — but the coup they intended had to be aborted when “someone made a mistake in the Pentagon and requested 200 visas for a purported Navy chorus, which in reality was to be made up of specialists in government overthrow; however there were several admirals among them who couldn’t sing a single note.” 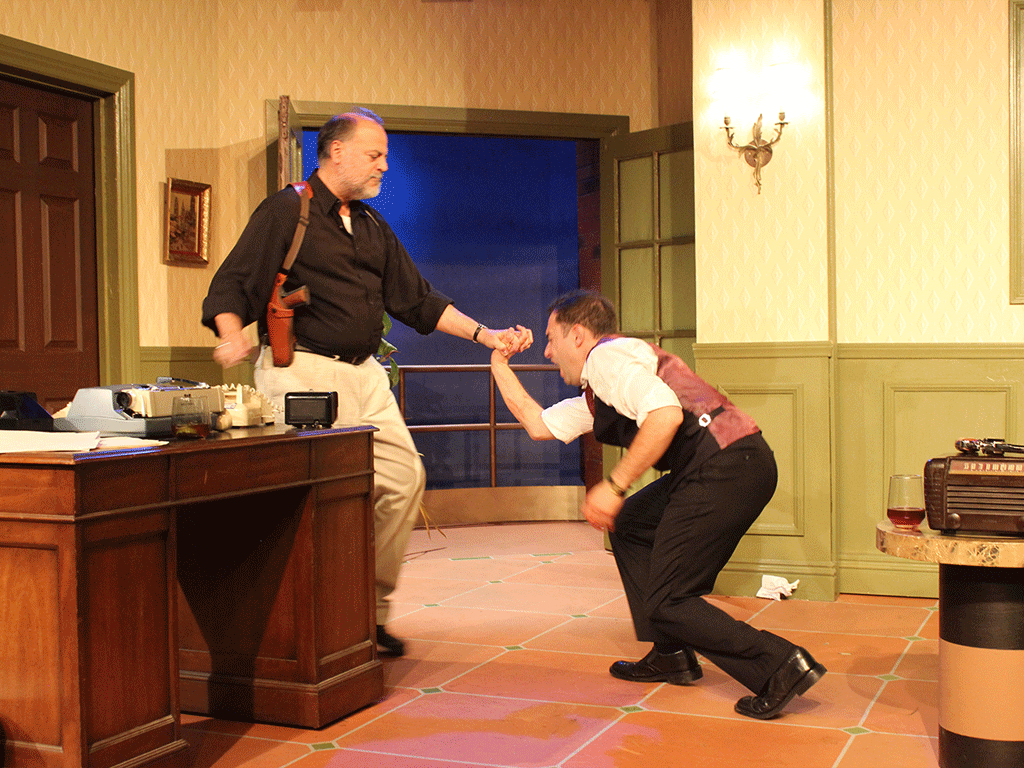 Inspired by this ridiculous failure, Wilding has penned a farce in which the CIA enlists an inexperienced, unsuspecting agent to follow up with a poorly conceived and wildly dangerous effort to hasten what was to be, in the end, a successful coup d’état in Chile three years later, in 1973. 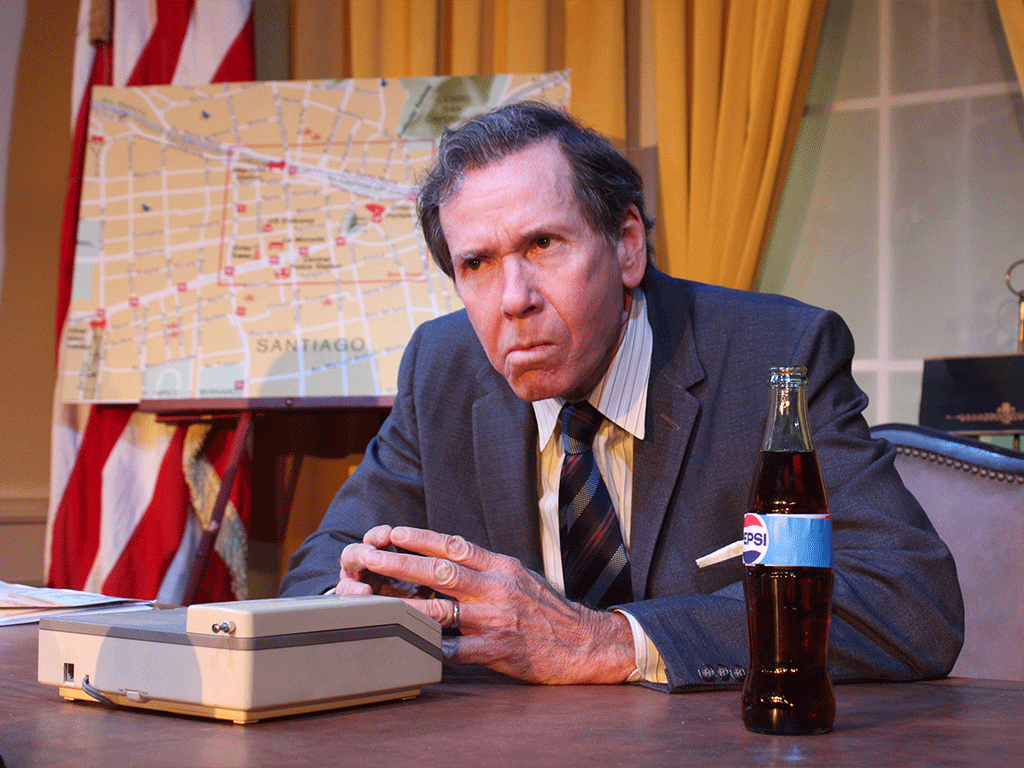 According to Mount, “It’s about consequentialism. In politics, do the ends justify the means? Is it okay to break the law if it’s for the good of the country? Does assuming the moral imperative make it okay to do something wrong? Sound familiar? It’s set in 1973 Chile, but it could just as well be set in Vietnam or Cambodia, or today in Iran.” 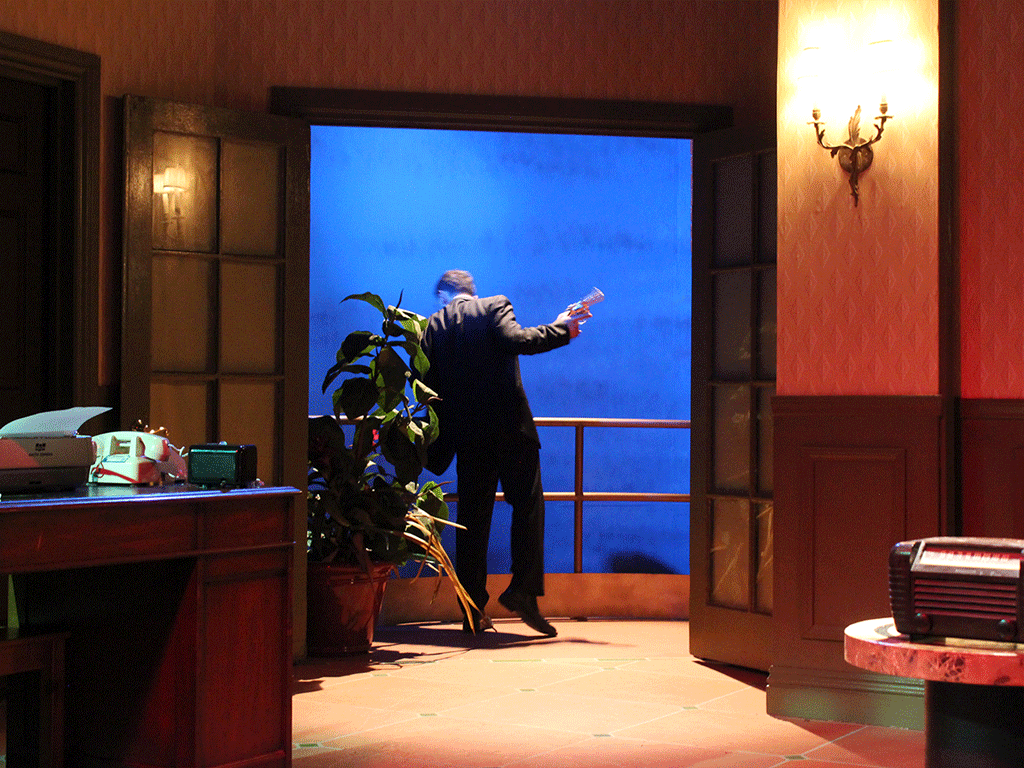 “The idea for this play has been percolating in the back of my mind ever since I read Marquez’s article,” says Wilding. “At the time, I was still in high school, but I made a copy and have held onto it ever since. It was such a loony, misguided venture. About a year-and-a-half ago, I workshopped the play at Theatre West, and the reaction was amazing — everybody thought it was so much fun.” 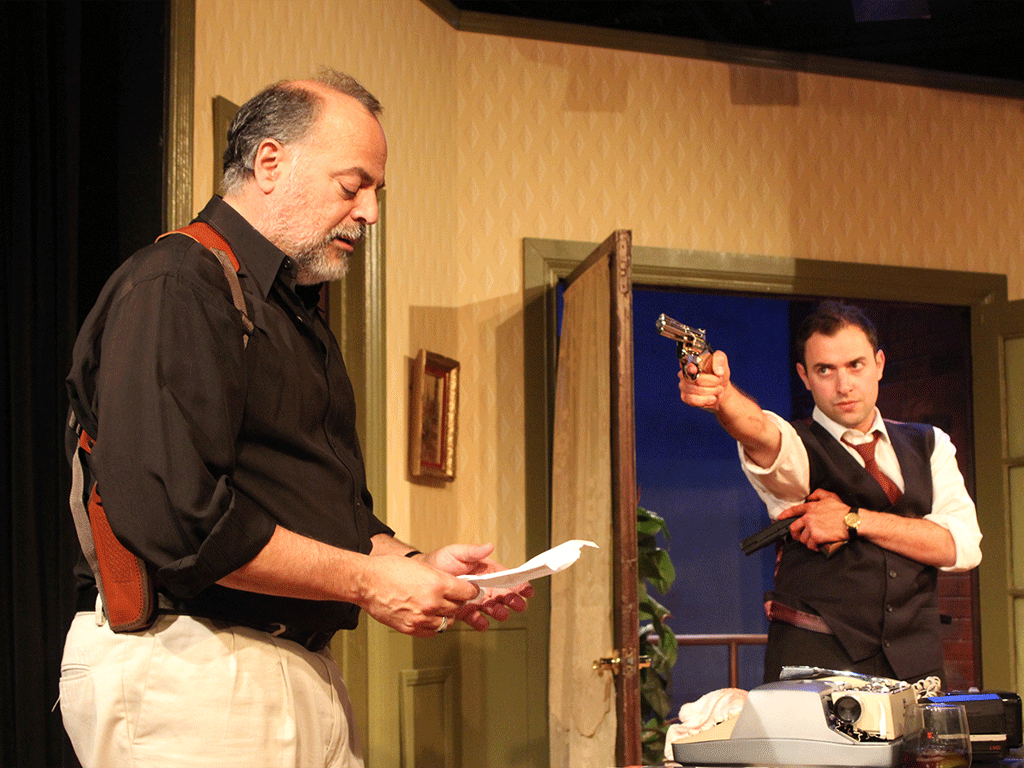 Performances of Our Man in Santiago are scheduled on Fridays and Saturdays at 8 p.m. and Sundays at 2 p.m. from September 24 through October 24. Tickets to all performances are $25 with advance purchase and $30 at the door. Theatre West is located at 3333 Cahuenga Blvd. West in Los Angeles, CA 90068; metered street parking available, and there is a paid lot across the street from the theater. For reservations and information, call (323) 851-7977. 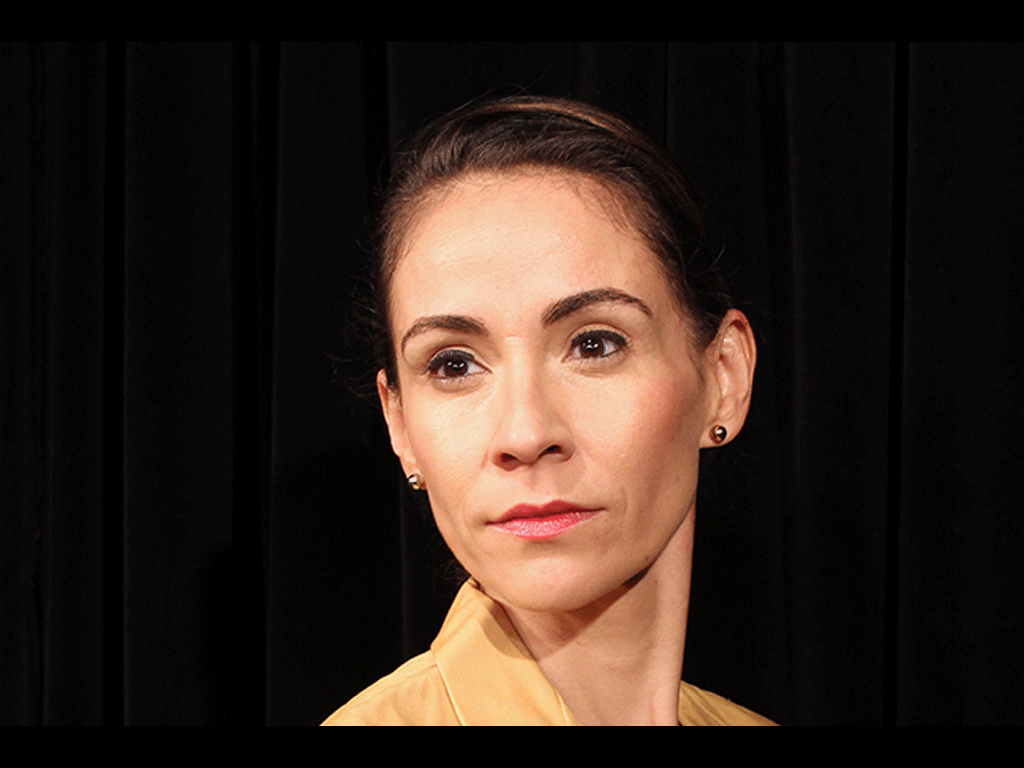 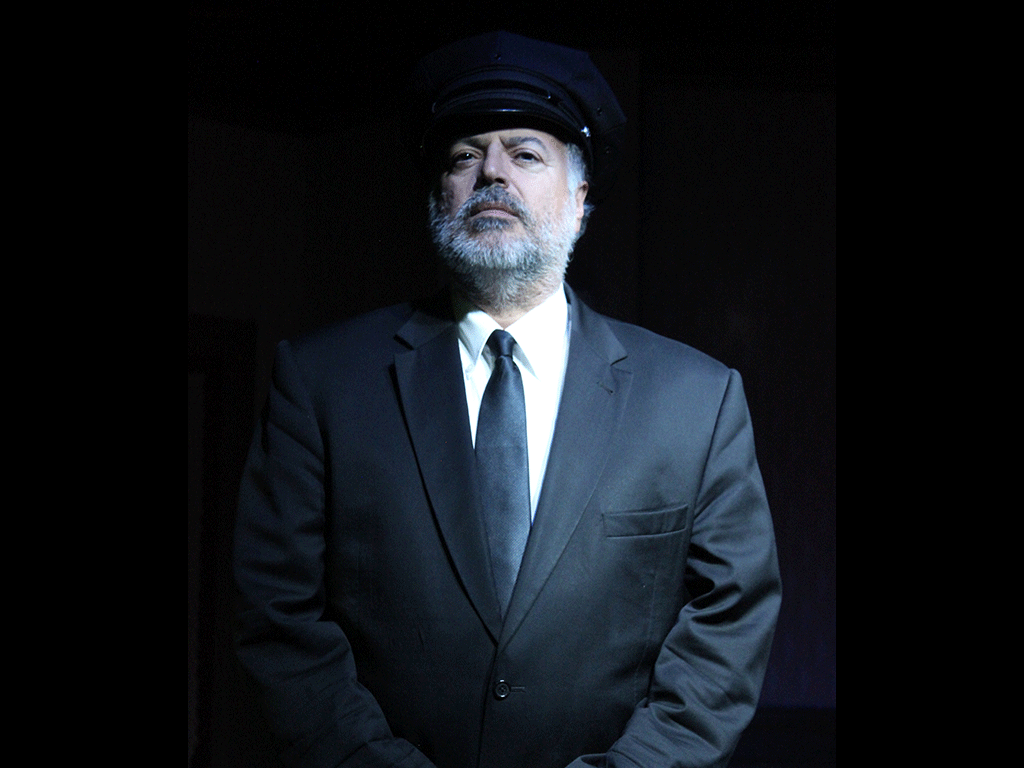 MARK WILDING, a long-time member of Theatre West, has worked in television for over two decades, writing and producing both comedies and dramas. He is currently a writer and executive producer on the NBC show Good Girls. Comedy credits include Ellen, Dave’s World, Jesse, Caroline In The City, The Naked Truth, The Tony Danza Show and Working. Mark worked on Ellen in its first year, back in 1993, when the show was still called These Friends Of Mine. He returned two years later to help write and produce the fourth season of the show, which culminated in “The Puppy Episode” — when Ellen DeGeneres’s character famously came out as gay. The episode won an Emmy for best comedy writing. Drama credits include Jake 2.0, Charmed, Grey’s Anatomy, Private Practice, Scandal and Still Star-Crossed. Mark served as co-executive producer and executive producer on Grey’s Anatomy for seven years, during which he wrote a dozen episodes of the show and was part of a writing staff that was nominated twice for an Emmy for best dramatic writing. His episode “Where The Boys Are” won the GLAAD Media Award for Outstanding Individual Episode. Another episode, “Life During Wartime”, won the 2008 Genesis award for dramatic writing. In 2011, Mark moved to Scandal, serving as executive producer and head writer for five years. One of his episodes, “Nobody Likes Babies”, was cited by Time magazine as one of the Top Ten TV episodes of 2013. Scandal was also honored by the AFI in 2013 for “its contribution to America’s cultural legacy.” In the fall of 2016, Mark moved to New York for six months, where he executive produced a summer series for ABC, entitled Still Star-Crossed.

CHARLIE MOUNT served as the artistic director for the critically acclaimed Chestnuts Theatre Program at Theatre West, where he produced the Los Angeles premiere of Requiem for a Heavyweight and The Lion in Winter with Jim Beaver; directed Betty Garrett in Waiting in the Wings; and earned an Ovation nomination for “Best Play” for his production of Waiting For Lefty. Also at Theatre West, Charlie directed Beau Bridges in the original production of Acting – The First Six Lessons and produced Ray Bradbury’s Falling Upward with Pat Harrington. Other directing credits include Seascape, Gaslight and The Fantasticks. Plays written by Charlie include Trumpets and Table-Tipping, produced at Theatre 40, and The Leather Apron Club and Against The Wall, both staged at Theatre West. Charlie is also a magician member at Hollywood’s famed Magic Castle.