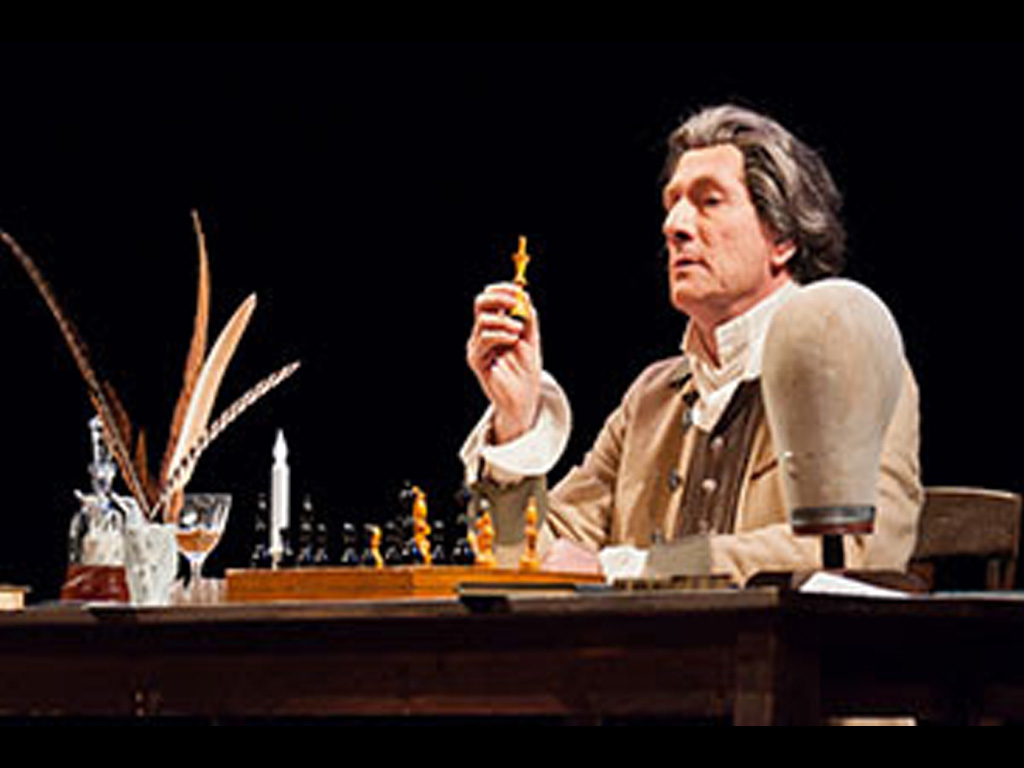 To Begin The World Over Again: The Life of Thomas Paine

A One-Man Play by Ian Ruskin

In this one-man play, Ian Ruskin, an actor trained at the Royal Academy of Dramatic Art in London, brings Thomas Paine back to life. In 1775, Paine, a man who had lived 37 remarkably unremarkable years in England, arrived in Philadelphia. He then proceeded to change the world. His pen ignited the American Revolution, defined the French Revolution and articulated the concept of Reason. His vision of true justice and equality for all human beings still inspires millions of people and his ideas, revolutionary in 1776, are revolutionary today. The performance will be followed with a Q&A. Now, more than ever, we need to hear the words and vision of Thomas Paine!

Join us for some period baking by food historian and baker, Linda Civitello, PhD, author of Baking Powder Wars: The Cutthroat Food Fight That Revolutionized Cooking.

Ruskin’s performance covers the breadth of Thomas Paine’s extraordinary and world-changing life, from his childhood in an English town dominated by a brutal and oppressive nobility to his death in America, the nation he helped create but which cruelly turned against him. Along the way, Paine inspired revolutions on two continents, wielding his pen in an uncompromising struggle against tyranny, slavery, poverty and denial of reason.

To Begin the World Over Again is a timely plea to revitalize the pursuit of Thomas Paine’s vision of an America worthy of its greatness.

As Paine wrote in The Rights of Man: “When it can be said by any country in the world, my poor are happy, neither ignorance nor distress is to be found among them, my jails are empty of prisoners, my streets of beggars, the aged are not in want, the taxes are not oppressive, the rational world is my friend… when these things can be said, then may that country boast its constitution and government.”

Ian Ruskin is a British-born actor and writer based in Los Angeles. A graduate of the Royal Academy of Dramatic Art in London, he is a passionate advocate of theater as an instrument for social justice. To Begin the World Again – The Life of Thomas Paine was broadcast several times on PBS.