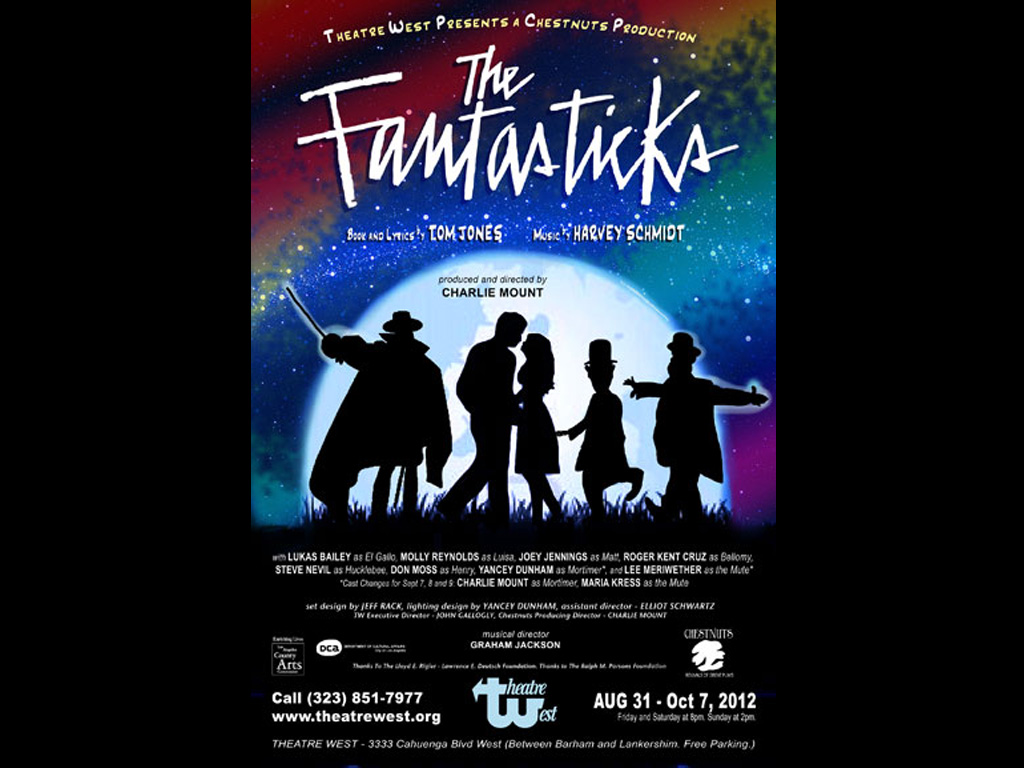 *Cast Changes for Sept 7, 8 and 9
Charlie Mount as Mortimer ● Leona Britton as the Mute 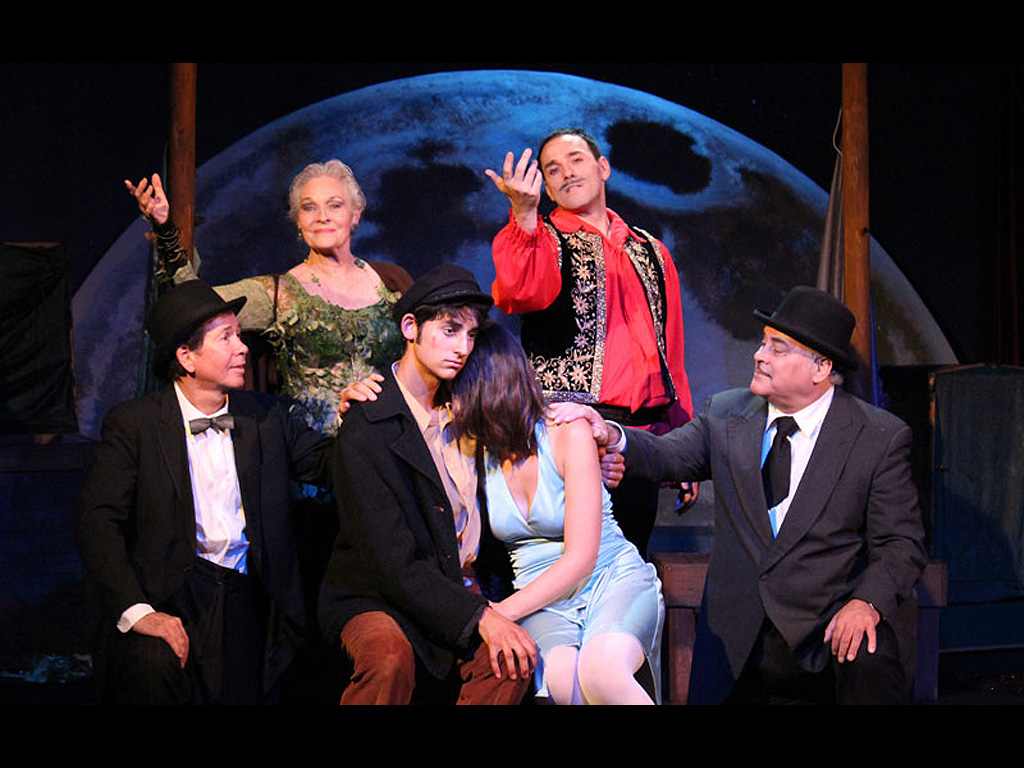 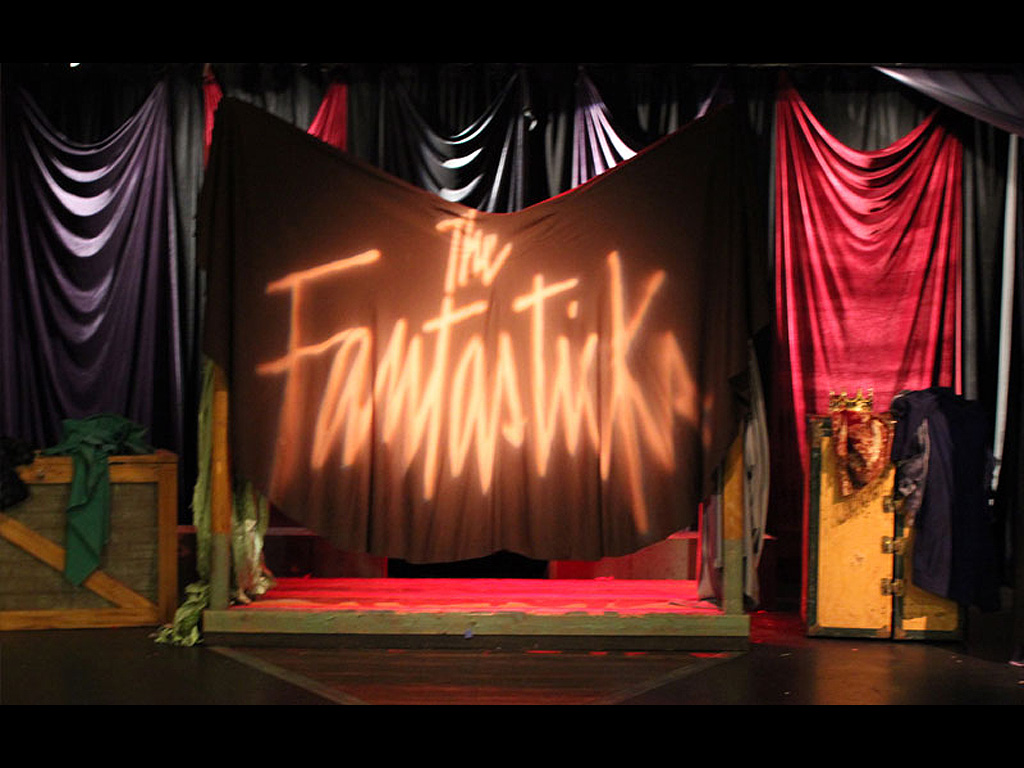 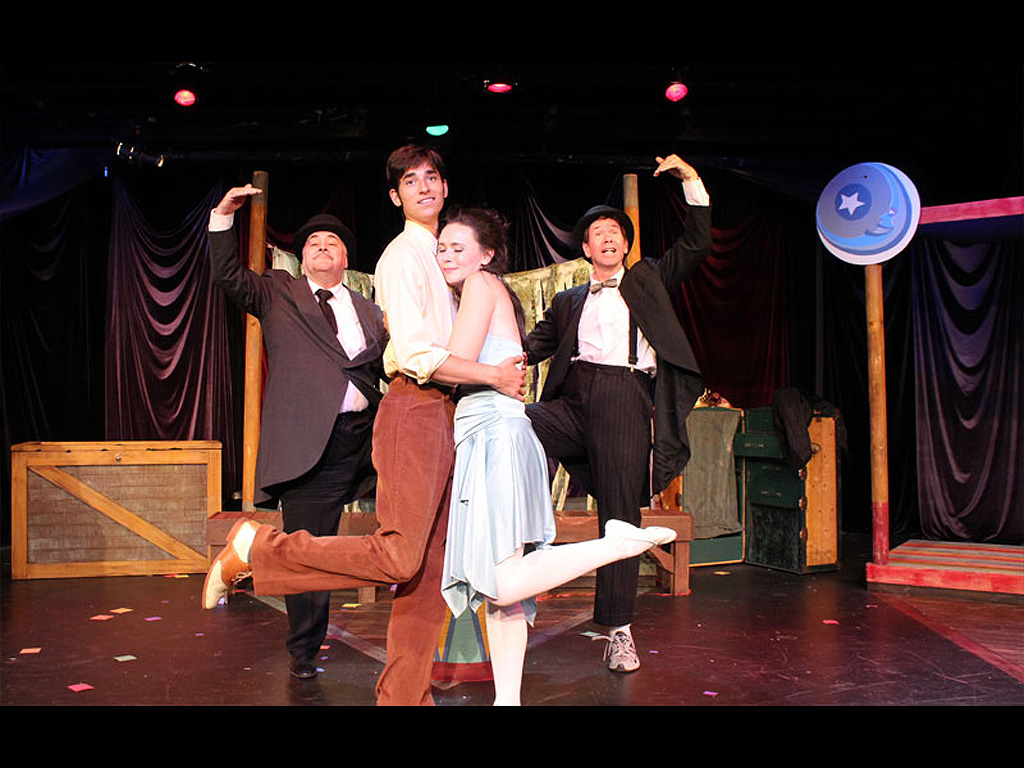 “The Fantasticks” is one of the American musical theatre’s most enduringly popular musicals. It ran off-Broadway for 46 straight years, 1960-2002, then re-opened in 2006 and is still running in New York today. But you don’t have to fly to New York to see it. It’s coming to Theatre West. 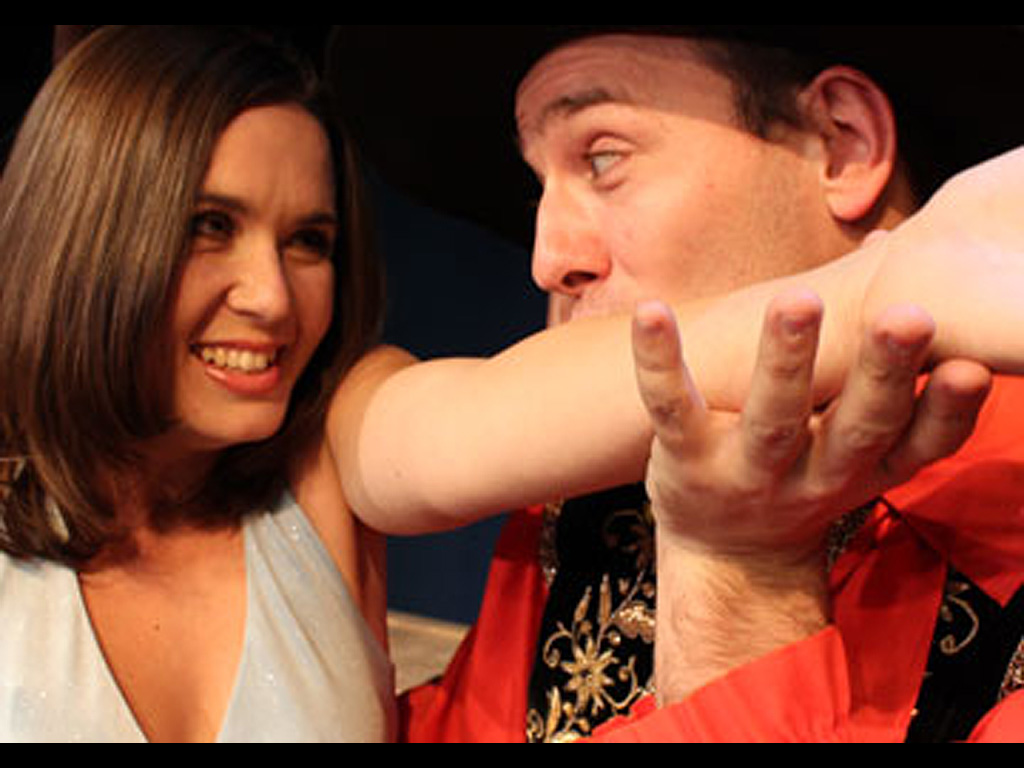 It begins as a tale of young true first love, as next-door-neighbors Matt and Luisa, grown up together, fall for each other. Their fathers approve, and conspire to bring them closer together. Once the young man and woman learn of their fathers’ approval, they reject their dads’ plan (as kids always do) , and set off on their separate adventures to experience the world. Removed from the comfort of home, they are individually hurt a bit by the world, as the world can inflict pain and sometimes does. After a bitter taste of disillusionment, Matt and Luisa find their way back to each other, with a wiser, more mature and deeper love for one another. 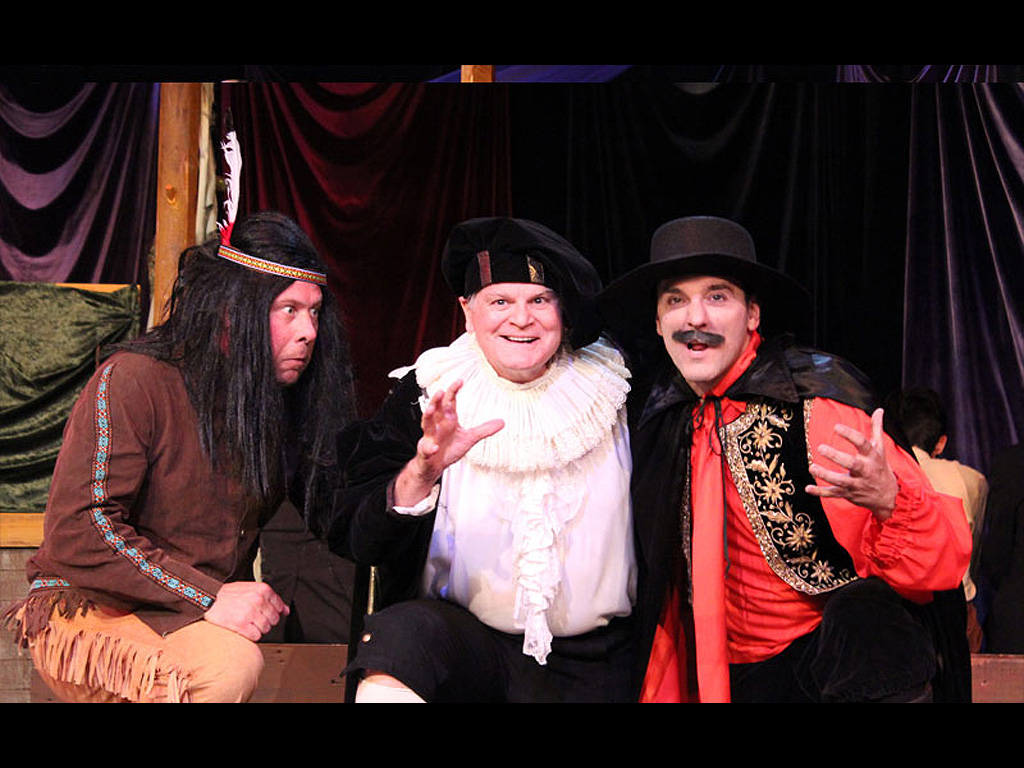 It’s a simple story, to be sure, but one that has resonated with audiences for half a century, with classic songs like “Try to Remember” and “Soon It’s Gonna Rain.”

This is the new production from Chestnuts, the wing of Theatre West dedicated to revivals of great plays under Chestnuts Producing Director Charlie Mount. His previous productions for Chestnuts include “Seascape,” “Waiting For Lefty,” “Gaslight,” “Waiting in the Wings,” “Dancing at Lughnasa,” “The Lion in Winter,” and “Requiem for a Heavyweight.” 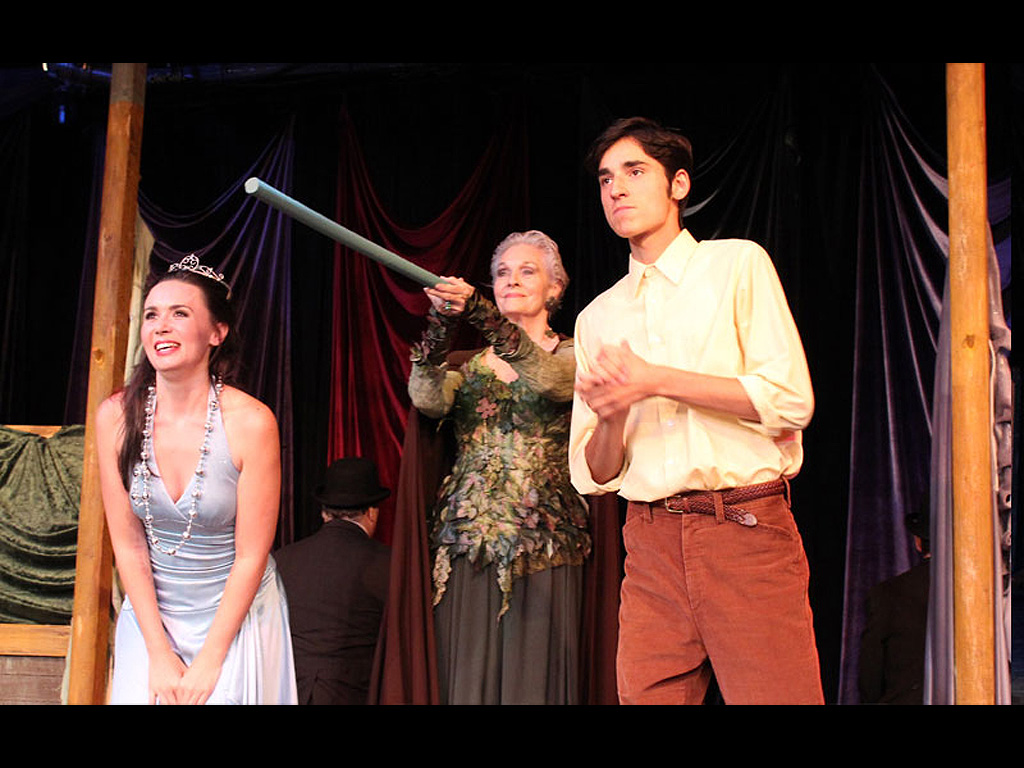 See this show, and you’ll know what New York audiences have known for 48 years: It’s Fantastick! 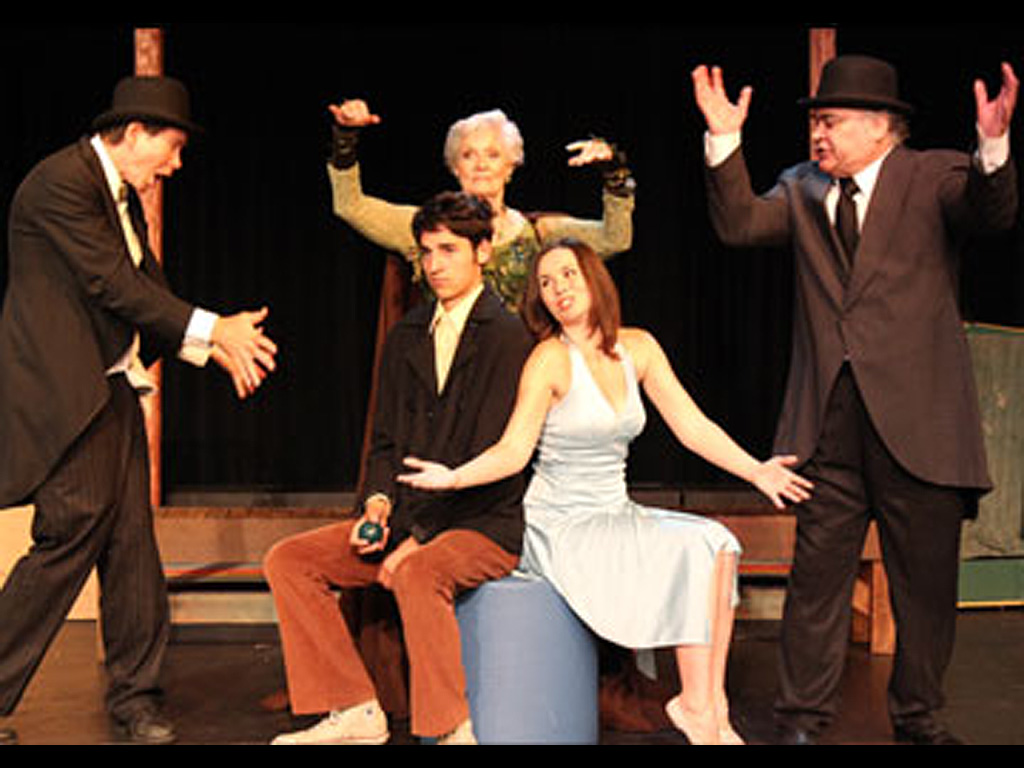 What The Critics Are Saying

"This production opens with a flourish of confetti and a display of fanciful staging. Charlie Mount’s energetic direction immediately grabs the audience’s attention and holds it throughout. His lively account of the ‘Abduction Ballet’ at the end of the first act, which engages the entire eight-person cast in antic mimed sword fights and dances, is one of the show’s high points...enjoyably fantastical." - Backstage West 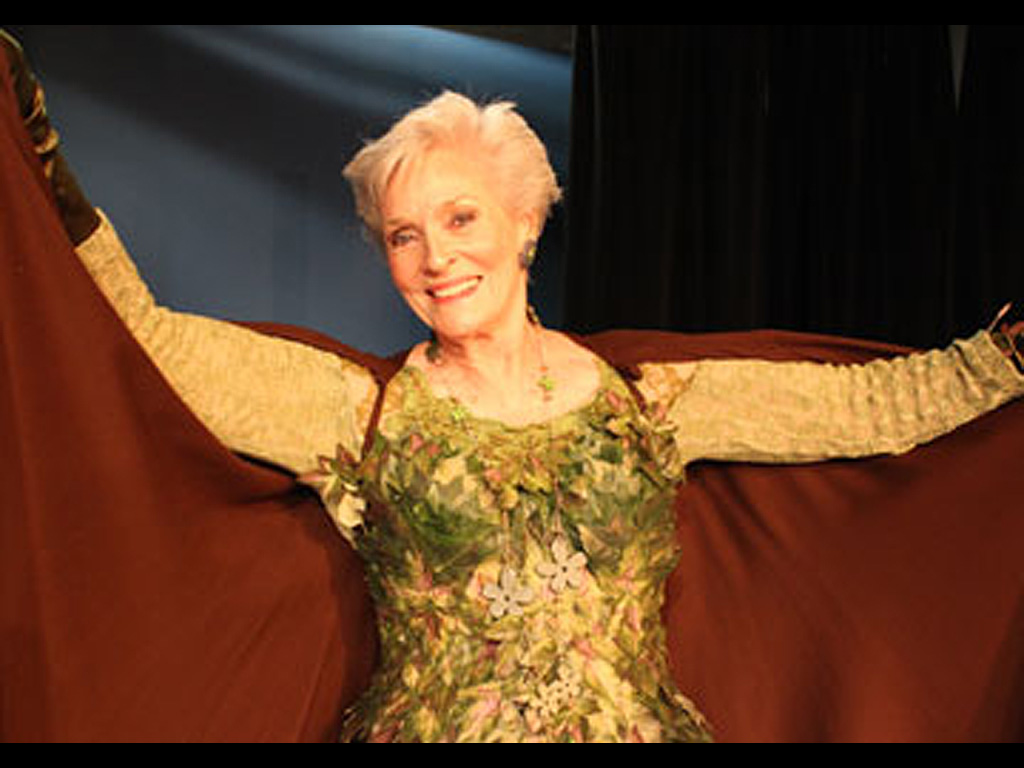 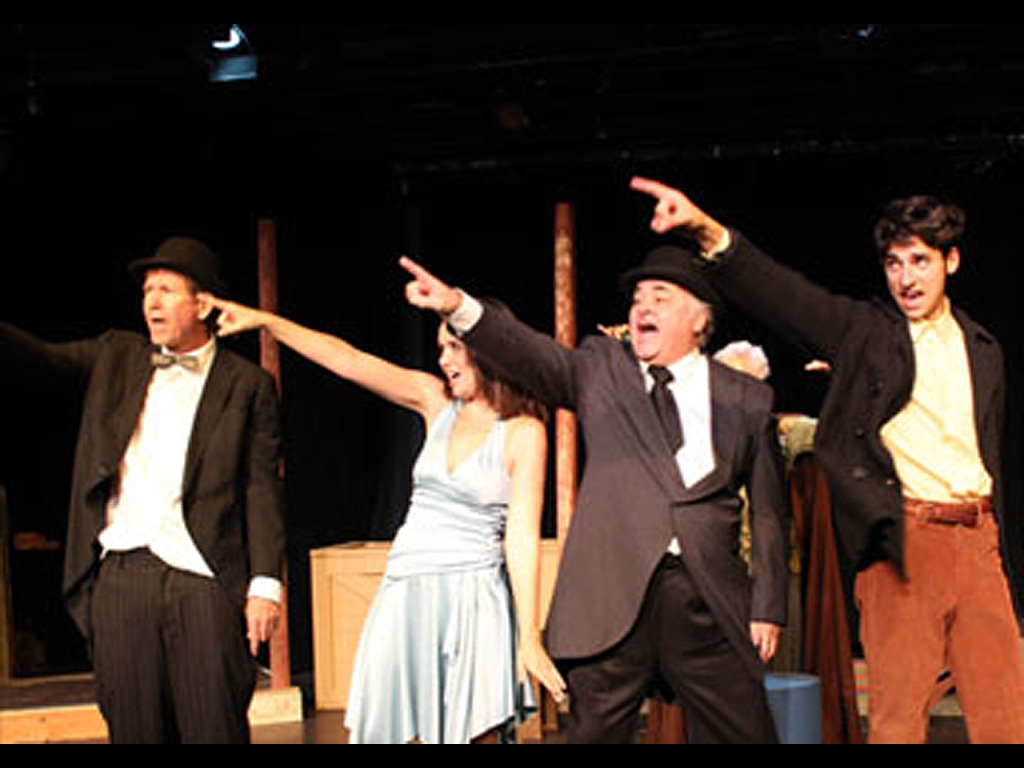 "The Fantasticks...opens in a spectacle of whimsy with plenty of fanfare...Wrap the ending with a bow and leave the theatre smiling." - RivetingRiffs 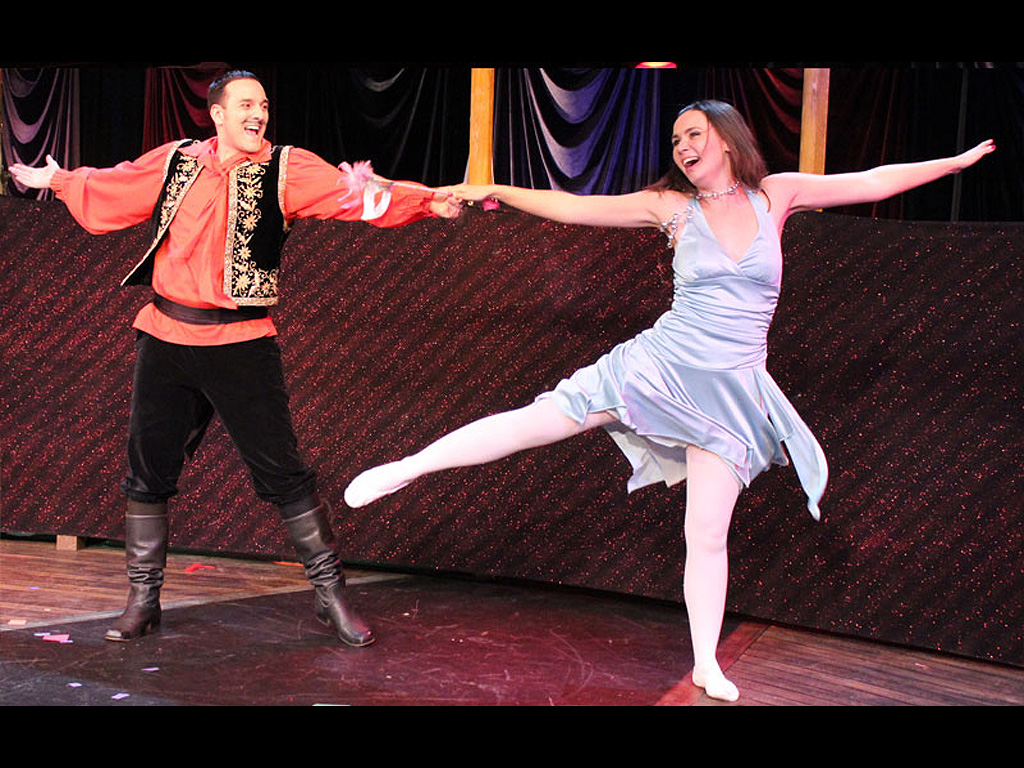 "Lukas Bailey is tasked both with narrating the action and playing the suave bandit El Gallo. The sheer amount of energy exuded in his performance makes obvious his love for the role. Molly Reynolds vocally carries the show with a beautifully disciplined voice...Joey Jennings (Matt) plays a very charming boy, showcasing his excellent sense of timing with every line. Steve Nevil (Hucklebee) and Roger Kent Cruz (Bellomy) are spot-on with a vaudevillian flair perfect for the roles. Yancey Dunham (Mortimer) and Don Moss (Henry) make a delightfully odd pair of actors/abduction assistants and are quite engaging. Lee Meriwether graces the stage as The Mute and although her character is silent and acts as a ploy to serve the story, she is so confidently engaged in her role that she is incredibly fun to watch." - RivetingRiffs 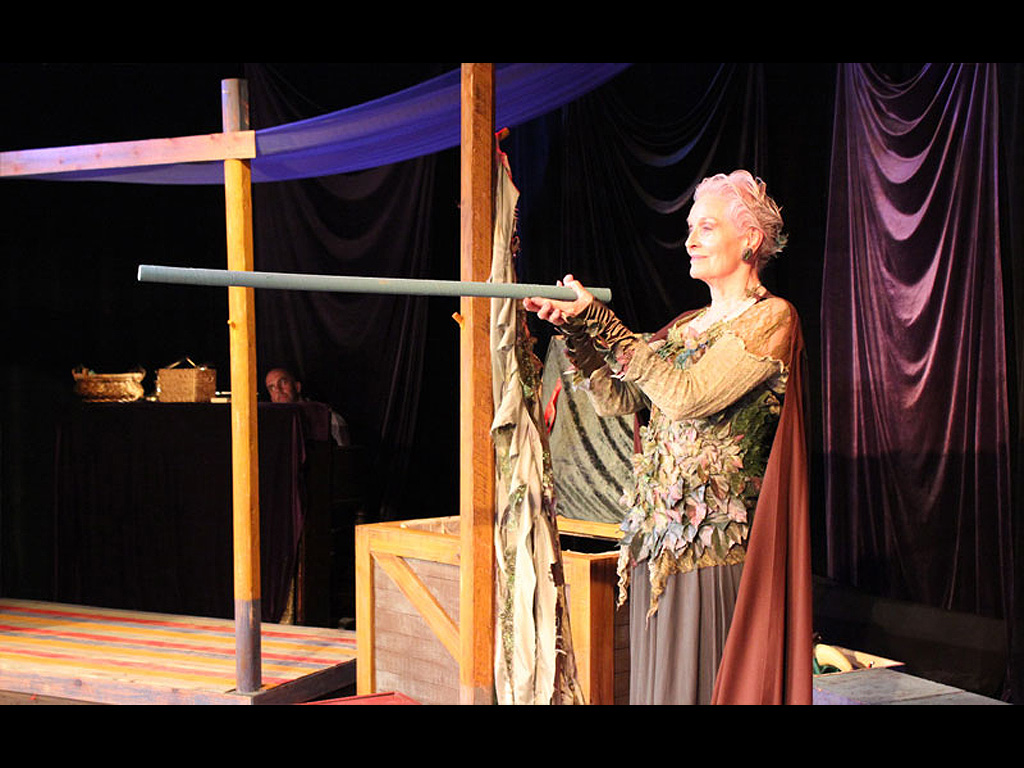 "Theatre West’s The Fantasticks is a must-see, rated A+" - RivetingRiffs 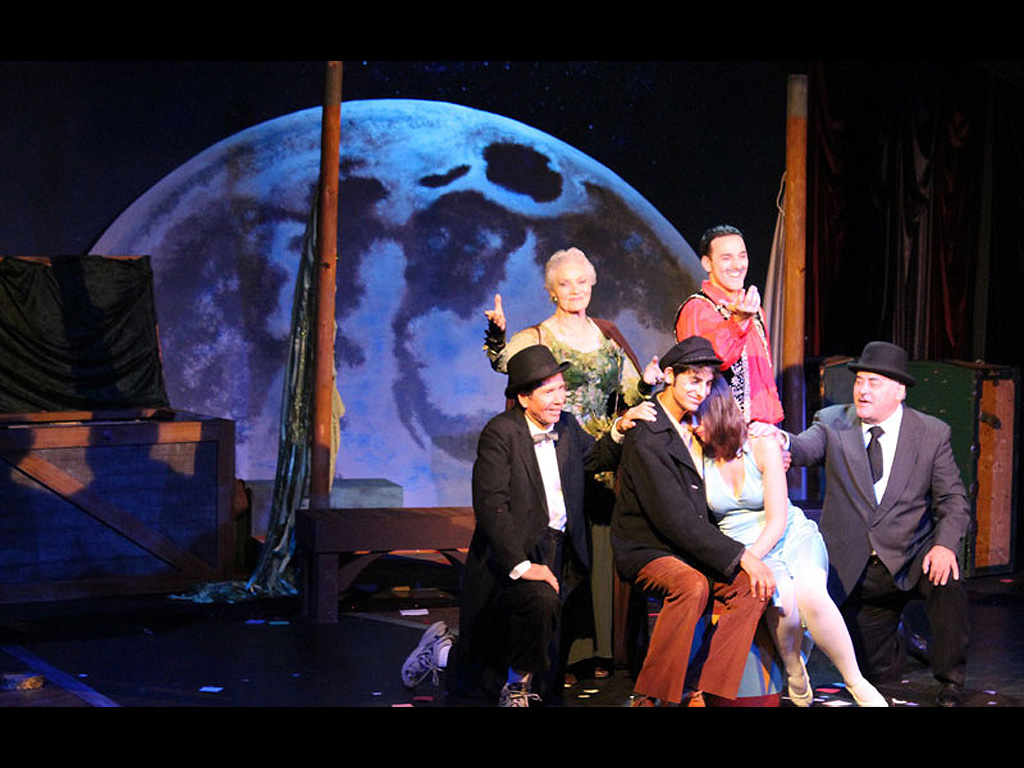 "If you don’t know why The Fantasticks ran for 42 consecutive years in New York, go to Theater West to see its charming production. The cast revels in the plot’s simplicity and darling melodies...I don't think the 2011 Miss America was 1/10 as beautiful as Lee Meriwether." - TheatreMania 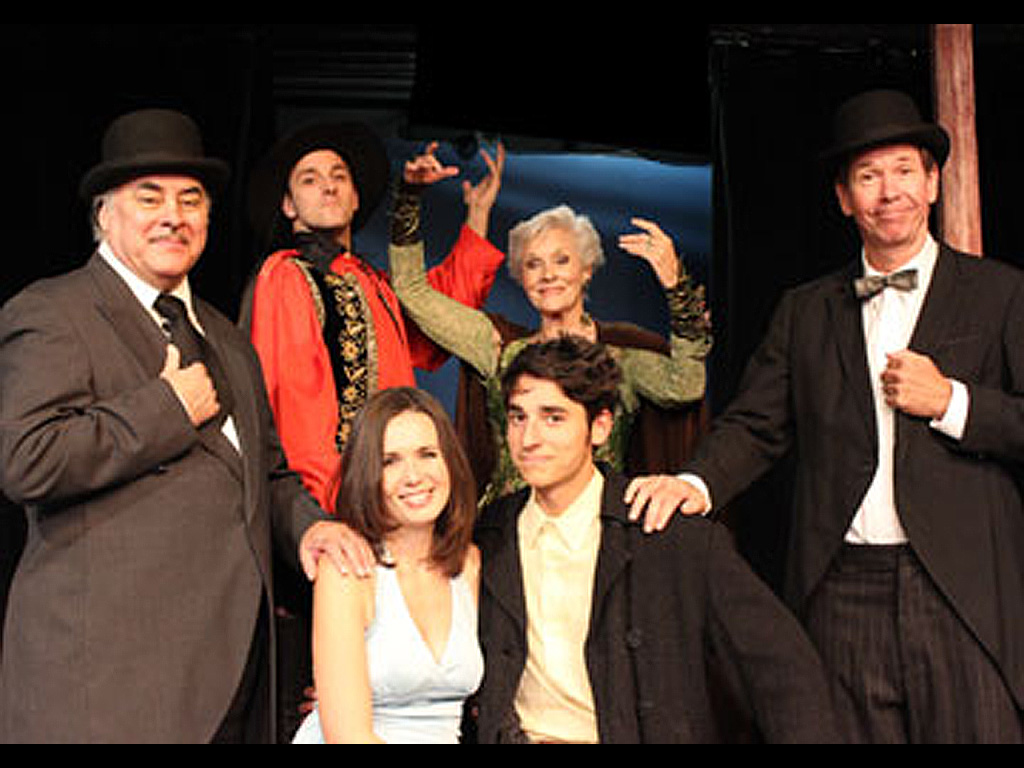 "It's mandatory that The Fantasticks be staged with simplicity and given a light touch by all the actors. With its many self-aware references, it should feel like a show being put on for friends by friends, and the company at Theatre West hits all these notes right." - Blog Critics 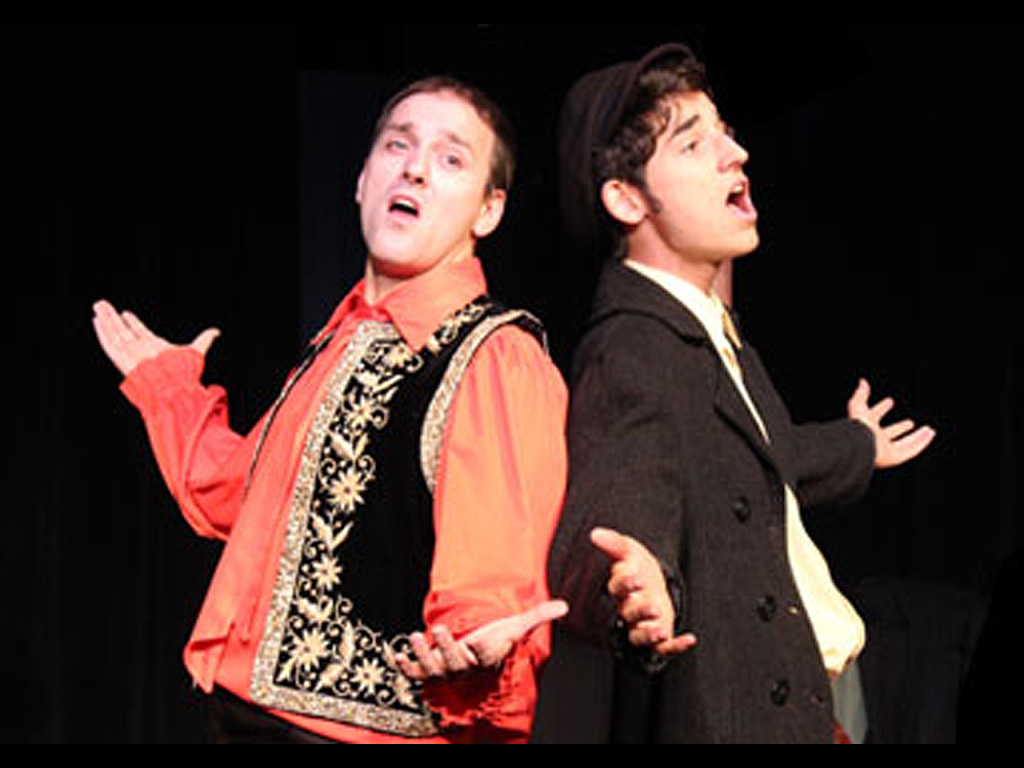 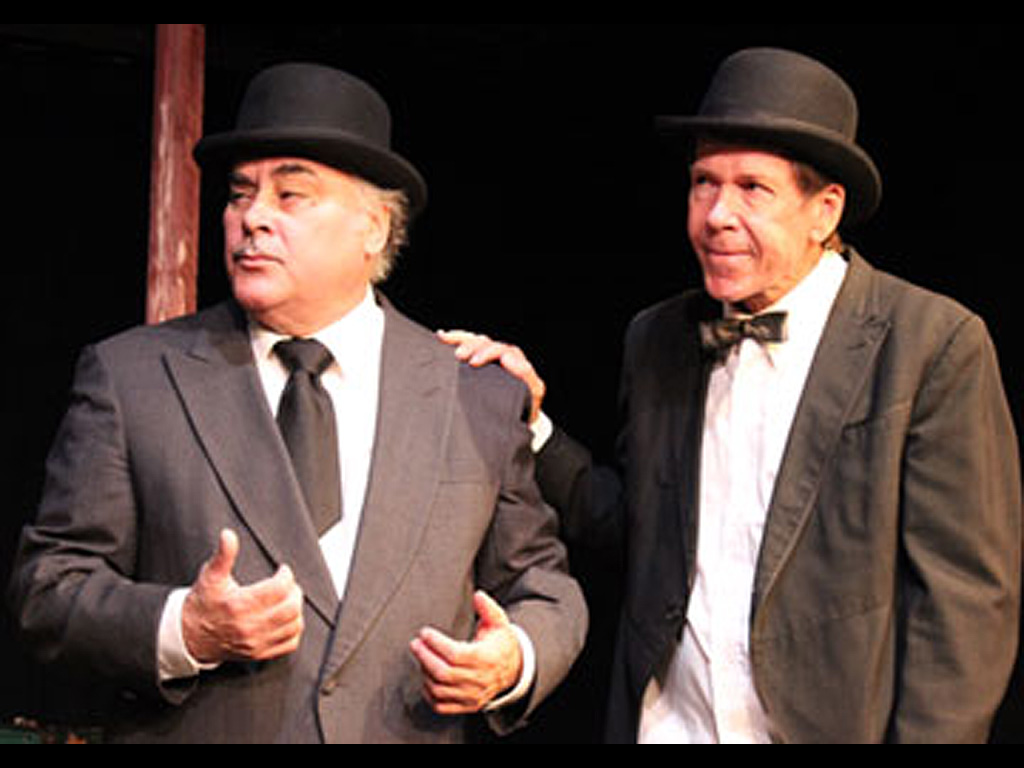 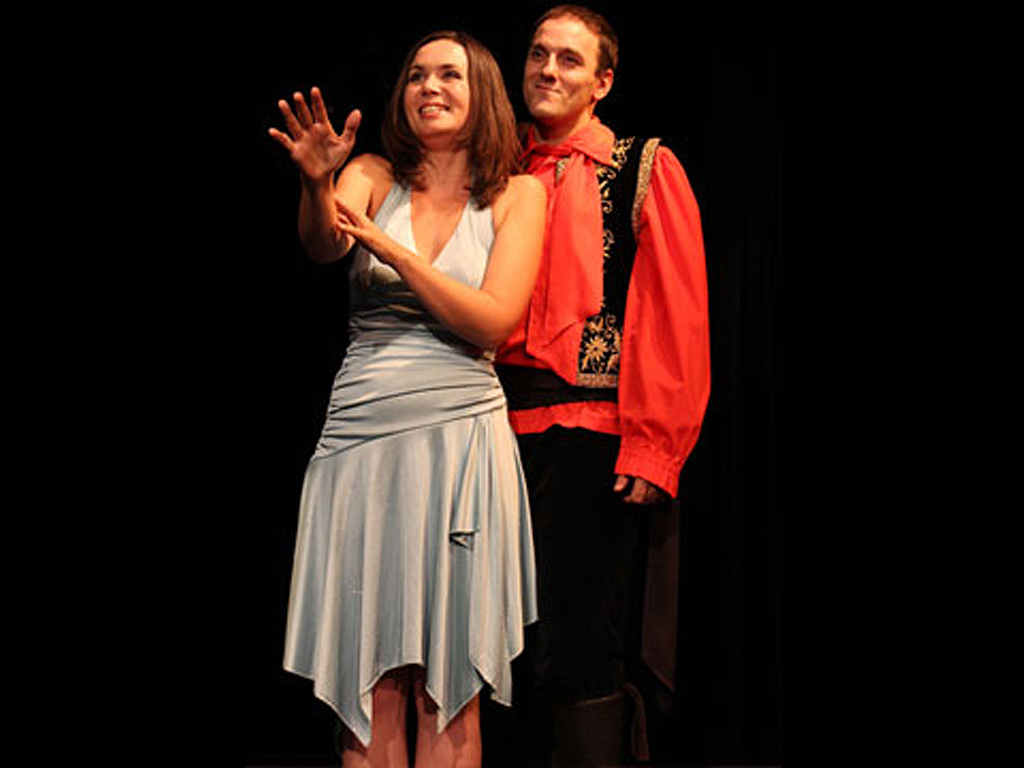 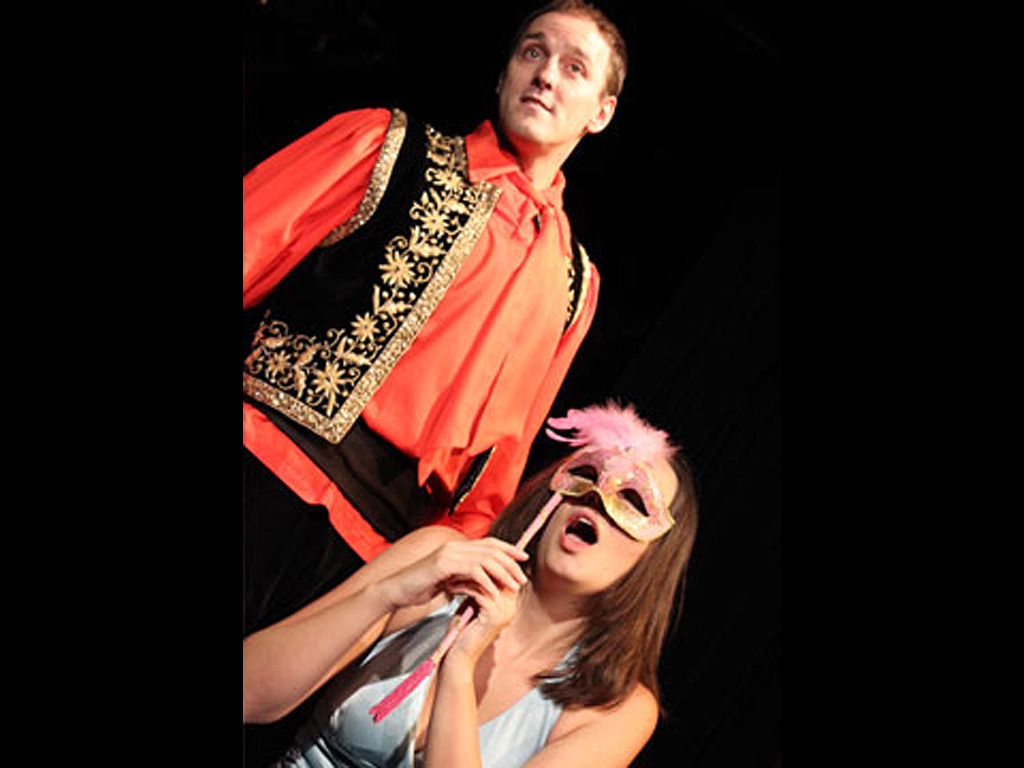 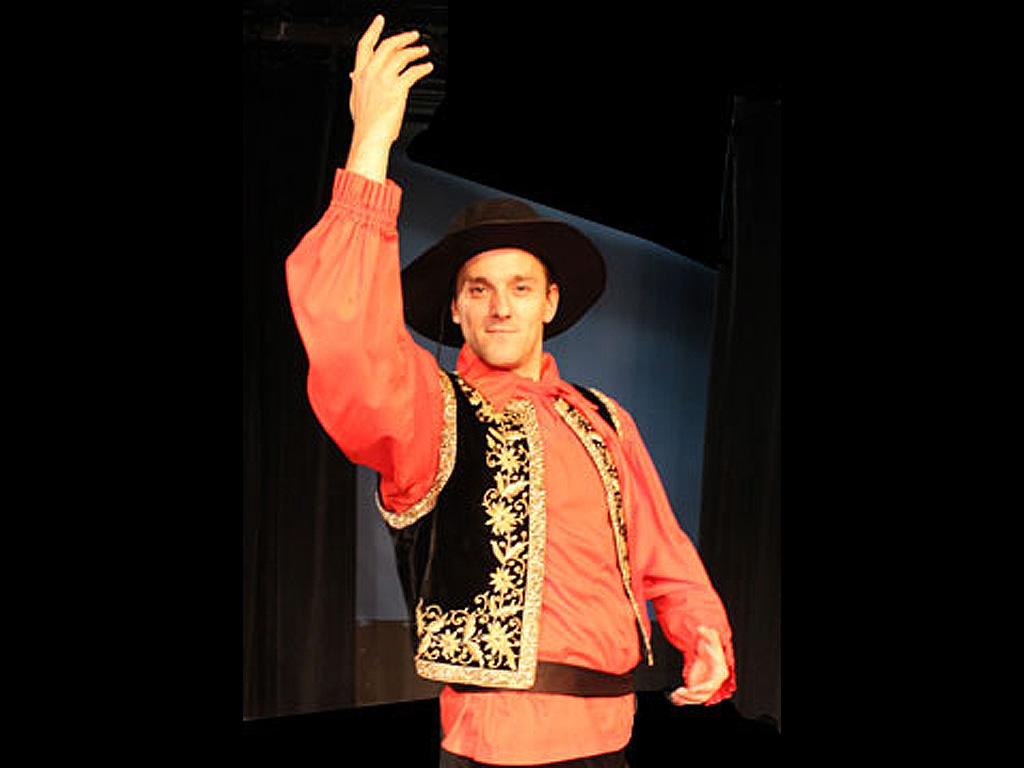