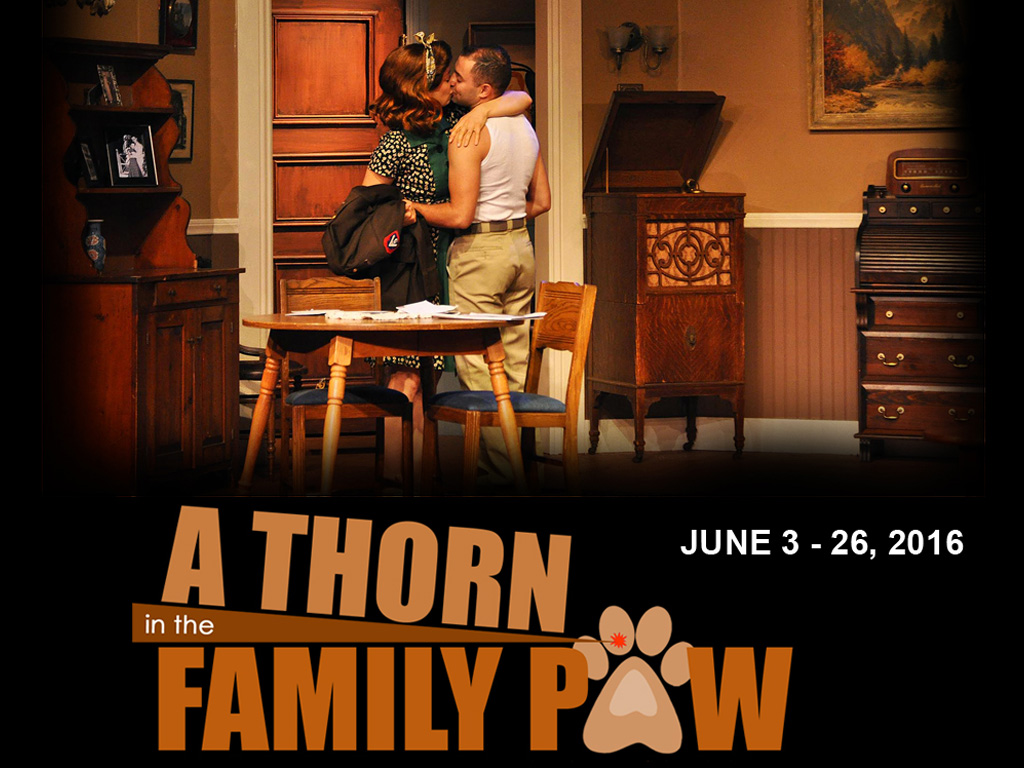 A Thorn in the Family Paw

A World Premiere of a New Play 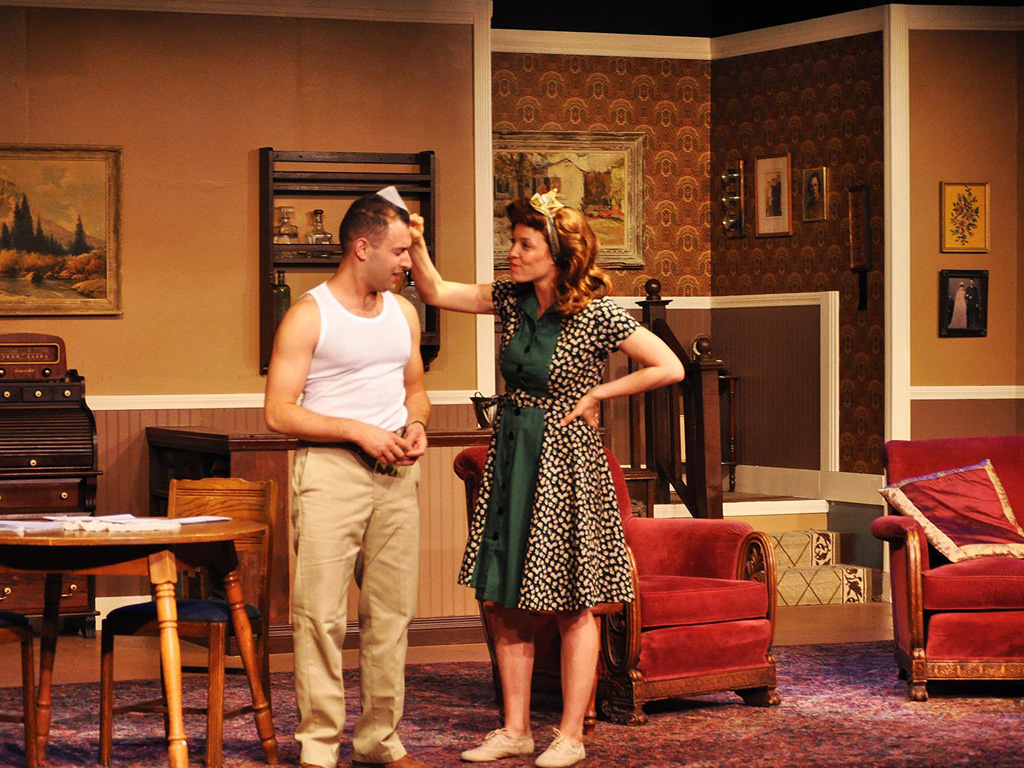 “As a slice of American life, A Thorn in the Family Paw has the potential of becoming a standard. THE PERFORMANCES ARE IMPECCABLE. The direction by Arden Teresa Lewis is both sensitive and insightful. Comedy is well balanced with ethos, pathos and logos… It’s a good show that sticks with you. Treat yourself, take time out of your busy schedule to see this one. IT’S A KEEPER.” - Discover Hollywood 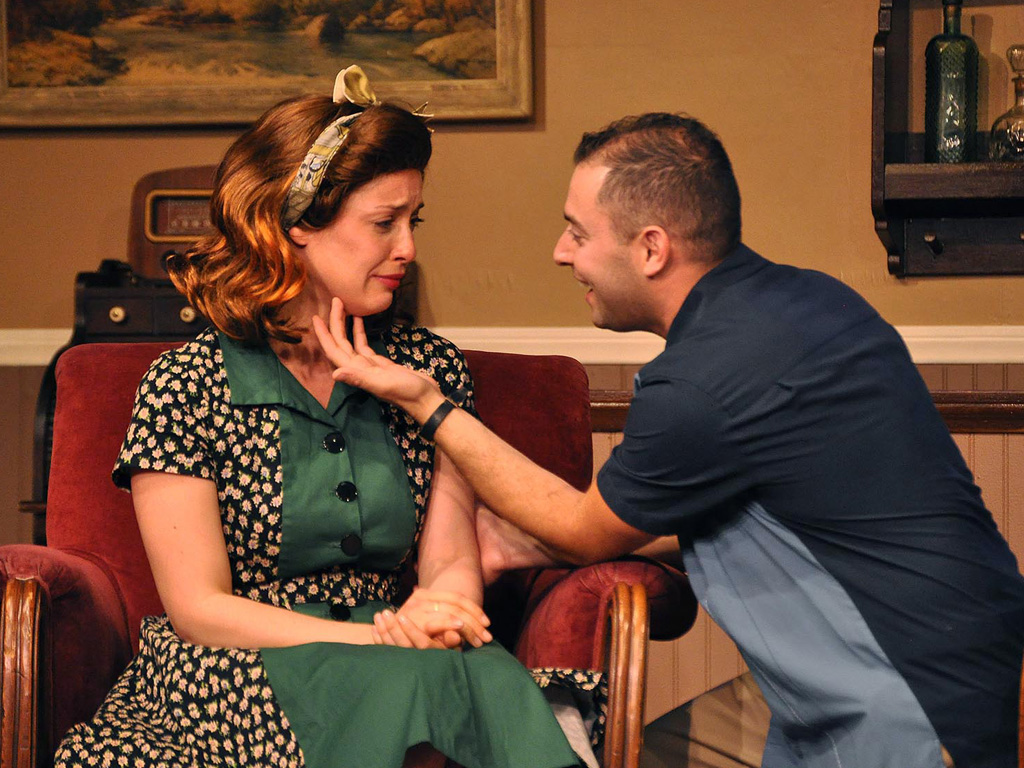 “The writer Garry Kluger tells these lives with such humor and affection that it becomes almost MAGICAL, the characters wise cracking their way through the scenes and through the years…It was a pleasure to spend time with the Goodman family, in their family home, through their dark and light times and to see a little of myself in them and to perhaps to forgive myself and my family little more because of it.” - NoHoArtsDistrict.com 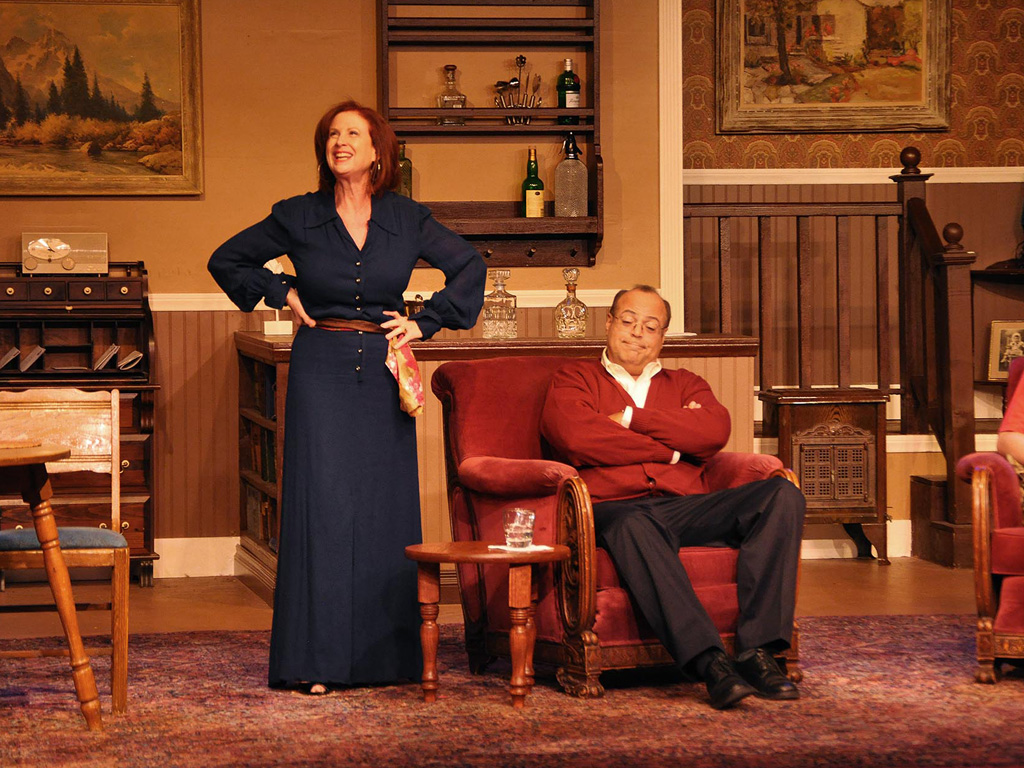 “An EXTREMELY WELL-WRITTEN DRAMA. Ian Lerch gives an incredible performance… George Tovar is strong. As the years have progressed, each member of the Goodman family has had to face many challenges and have had to change some of their ways of thinking… The entire cast, the playwright and the director, Arden Teresa Lewis, deserve kudos for this WONDERFUL PRODUCTION.” - ReviewPlays.com 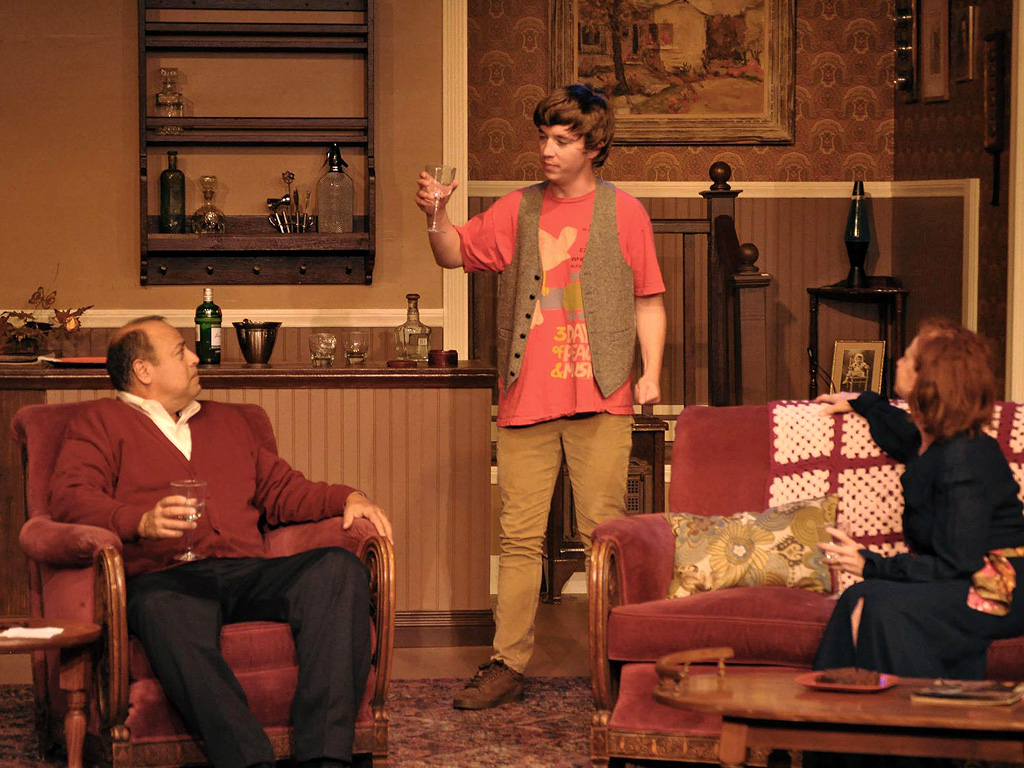 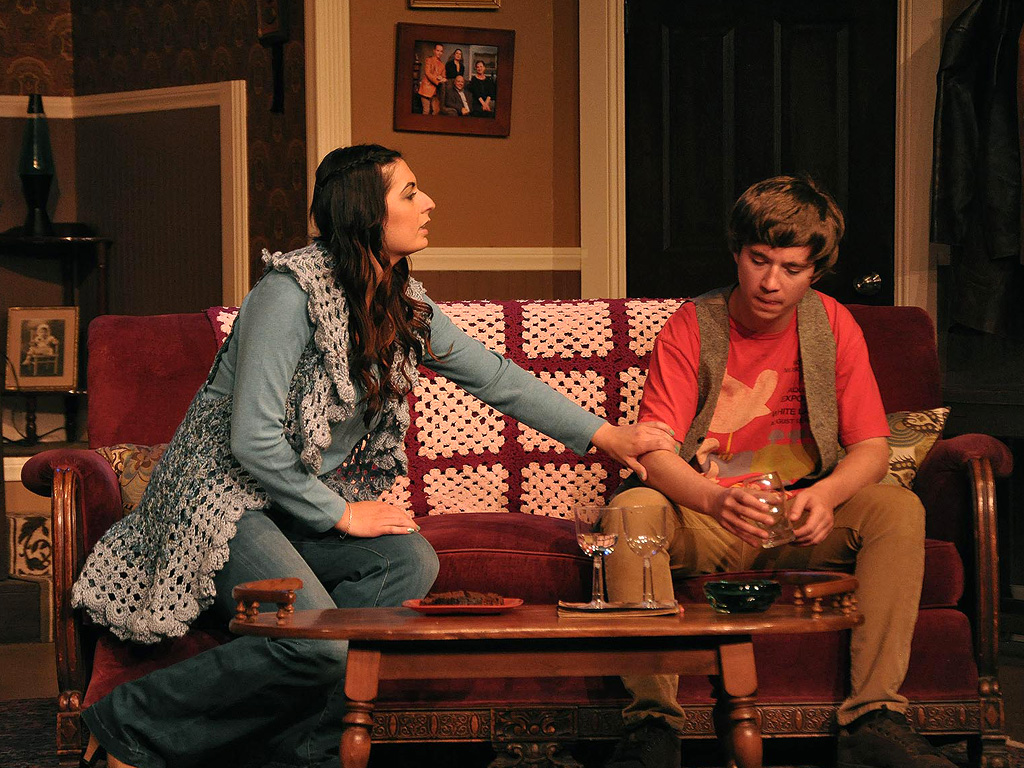 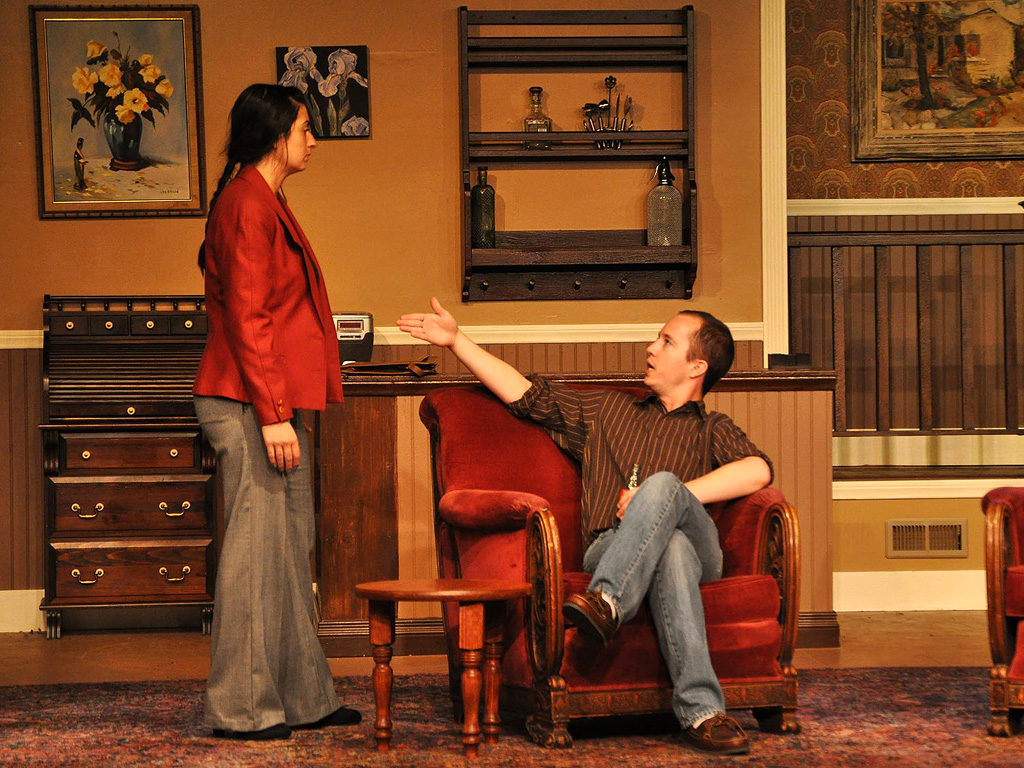 “ALREADY FEELS LIKE A CONTEMPORARY CLASSIC… Kluger’s characters have such a ring of truth, you’d swear A Thorn In The Family Paw must be autobiographical… Arden Teresa Lewis’s INCISIVE DIRECTION brings out the best in Kluger’s script as does a PITCH-PERFECT THEATRE WEST CAST. CHEEKY, CHARMING and CHARISMATIC MCDOW’S Eddie is such a sexy standout that it’s a shame we only get to see him in 1945, though a TERRIFIC TOVAR makes us believe … that we’re witnessing an older—though not always wiser—incarnation of the man McDow has already gotten us to love. A RADIANT ADLER and an EVER STELLAR SILVERMAN are perfectly in sync as well, the latter displaying the same prickly, affectionate chemistry opposite Tovar that we’ve already witnessed in their younger selves, Adler demonstrating versatility (and a distinct family resemblance) as her very own granddaughter circa 1992. DYNAMIC NATIVE NEW YORKER BECKER gives the older sib plenty of smarts and sass and sisterly affection. As for Jamie, Sam’s younger bro is brought to unforgettable life by an ABSOLUTELY STUNNING LERCH, digging deep into a young man’s pain in a performance that recalls a young Edward Norton. I expected to enjoy A Thorn In The Family Paw, if only for its multi-decade framework. I did not expect to fall in love with it, but fall in love I did, and unless I’m mistaken, theaters across the country will as well. Garry Michael Kluger’s latest is A KEEPER.” - StageSceneLA 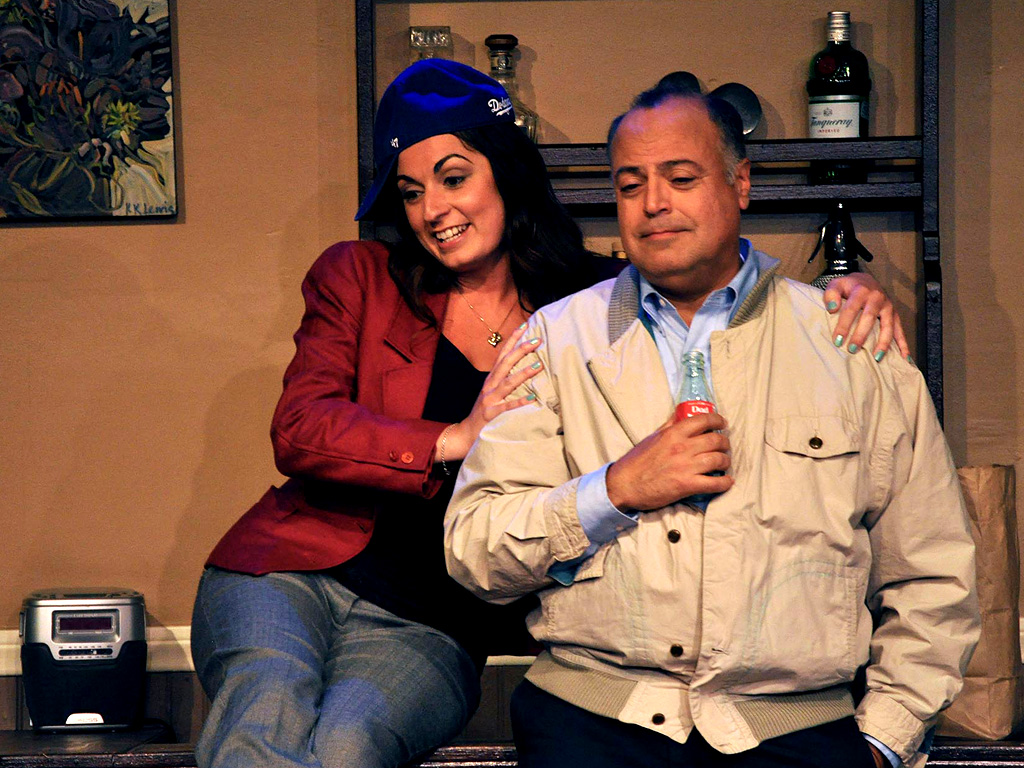 “Kluger’s FINE, EMOTIONALLY-WROUGHT PLAY has been well-honed in the DETAILING DIRECTION of Arden Teresa Lewis, with all the actors showing the effects of strong handling: no false moves; everything organic and spontaneous-looking. McDow, Adler, Becker, Lerch, Silverman and Tovar give EXTRAORDINARY PERFORMANCES, allowing for a tearful and upbeat ending.” - EdgeMediaNetwork.com 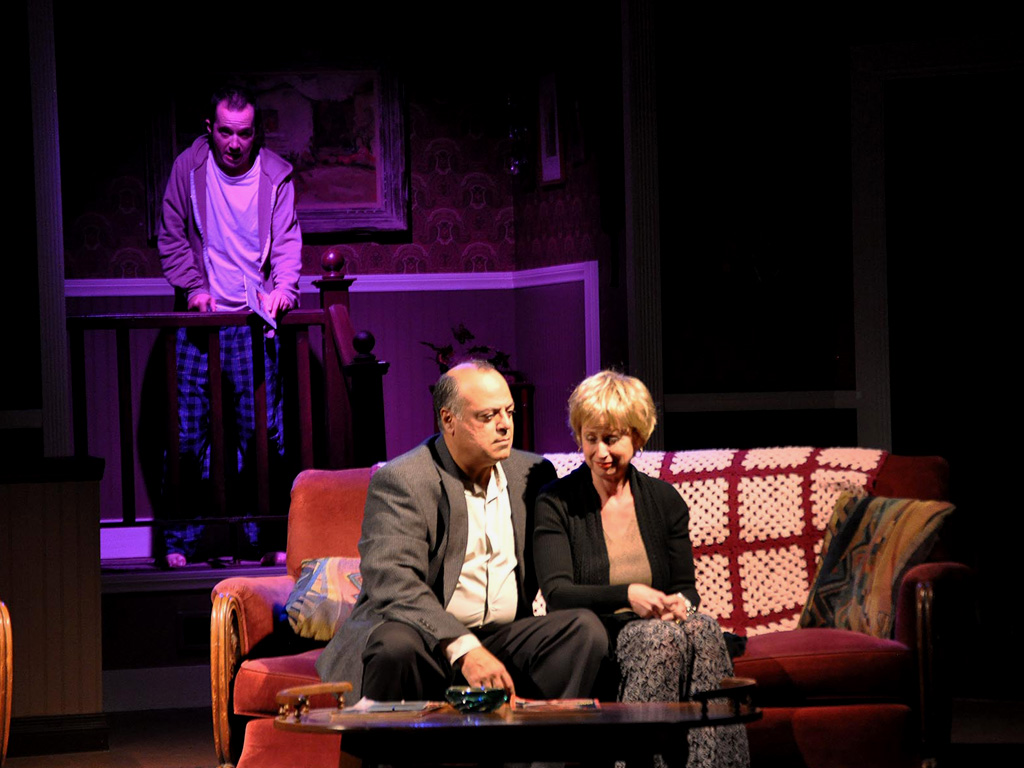 “VERY WITTY! There are laughs from the characters and how they express themselves… many touching moments… A classic example of how families grow and develop over many eras.” - Accessibly Live Offline