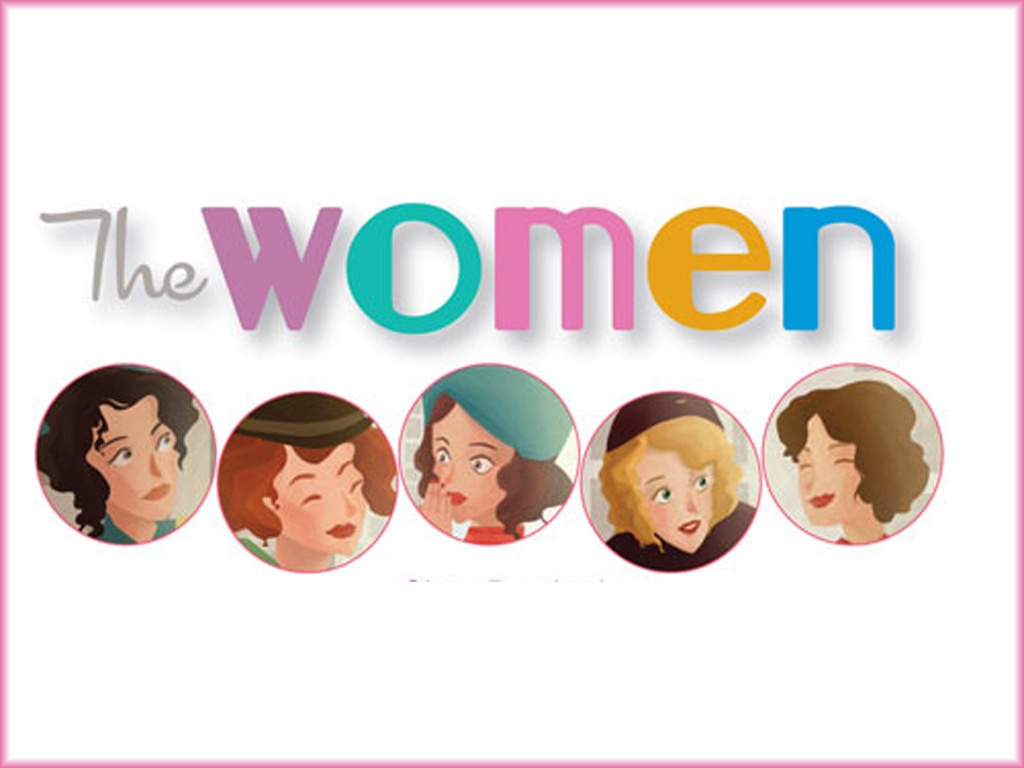 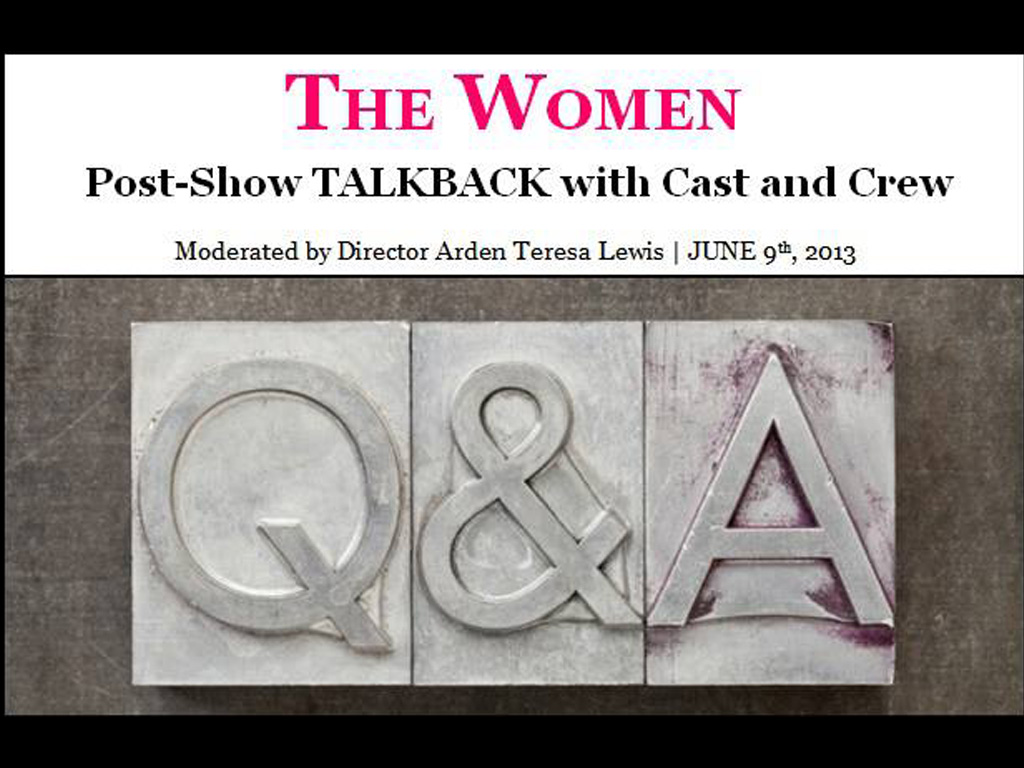 Luce's piercingly satiric play, exposes the tiny crystal fishbowl that was the upperclass of manhattan in the mid-1930s. We watch as the Real Housewives of 1936 - wealty Manhattan socialites and up-and-comers-allow gossip and innuendo to make a train wreck of their lives. Scoring points off each other like a slam in a game of Bridge, will any of them come to their senses before they eat each other alive in the gossip columns? Can true love be saved by a bottle of "Jungle Red" nail polish? 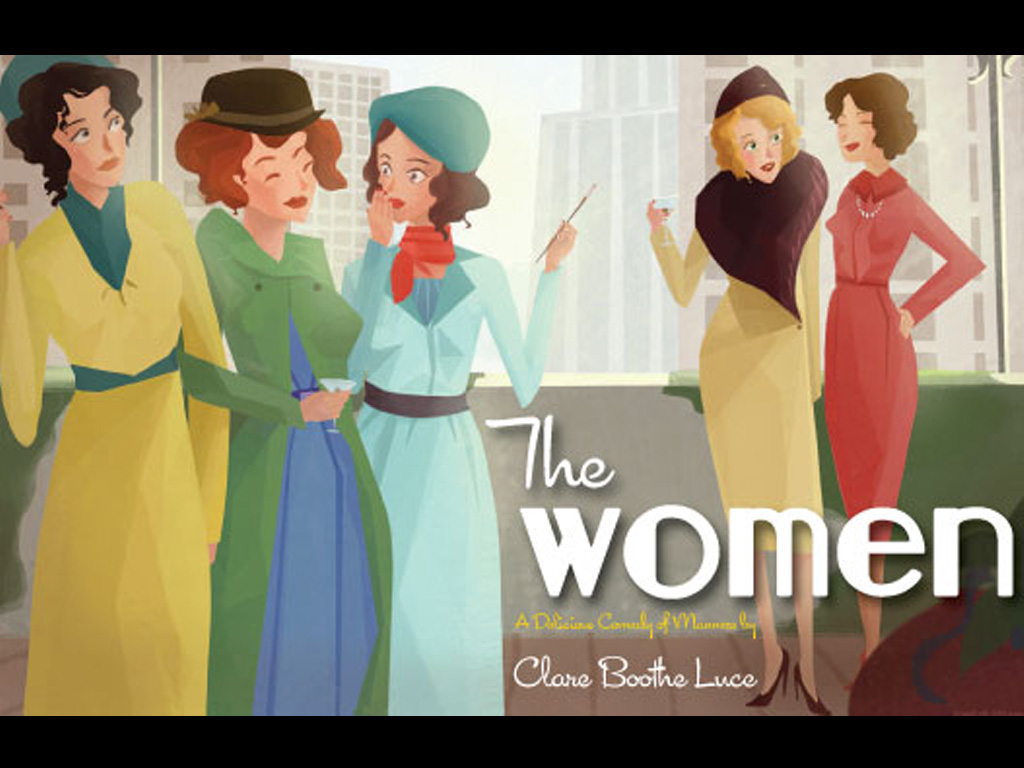 This event is presented in part through the support of the Lloyd E. Rigler-Lawrence E. Deutsch Foundation

"A lively revival - "What else is there for a woman but l’amour?" wistfully muses a character in Clare Boothe Luce’s "The Women," in a good-humored revival at Theatre West. "Well, there’s a little corn whiskey left," retorts another. ...At Theatre West, on a pretty set by David Offner, Arden Teresa Lewis directs with a light hand, cutting back the original army of a cast to a not inconsiderable 18, playing up the funniest exchanges and marching as briskly as possible ...an unmarried novelist named Nancy (Dianne Travis) has the tartest comebacks; the perennially pregnant yet deeply unmaternal Edith (Anne Leyden) gets the biggest laughs" - The Los Angeles Times 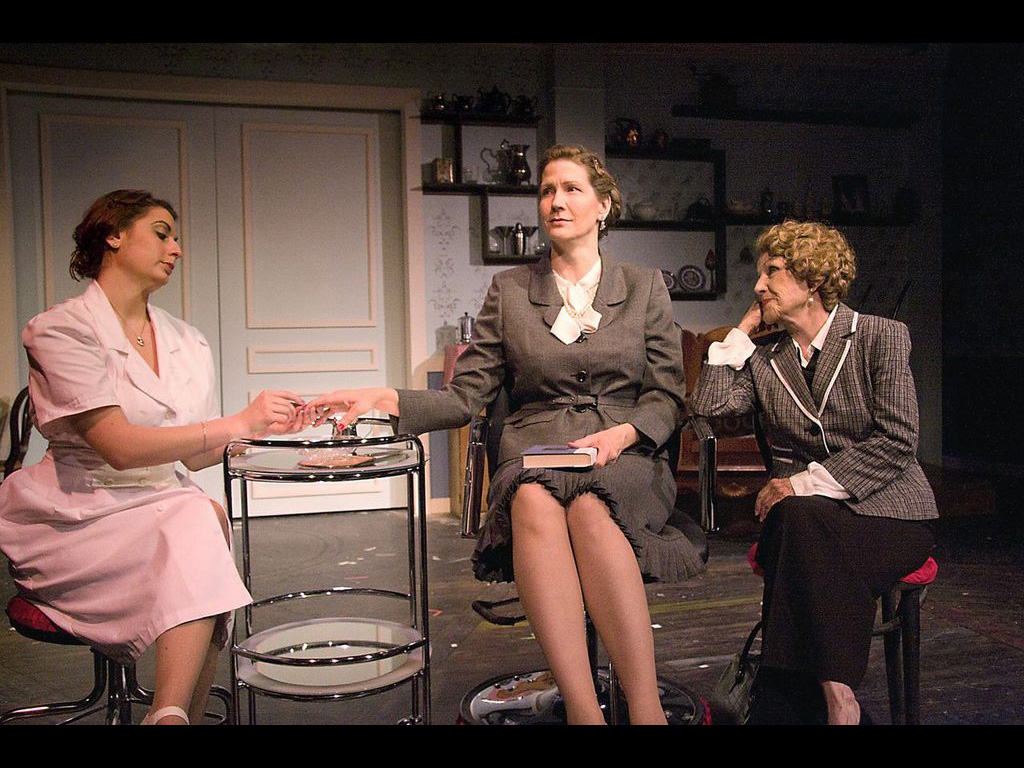 "CRITIC'S PICK - Clare Boothe Luce's satirical classic The Women was a big grossing box-office hit at the movies in 1939. It was based on the 1936 play of the same name. Due to its opulent settings and large cast of 18 females, however, it is rarely produced on stage. Theatre West is taking a brave step in mounting the piece, and director Arden Teresa Lewis has purposely stepped away from the film's glossy texture and directed from an artistically smart perspective, focusing more intensely on the colorful characters, their differences in class dynamic and their singularity as individuals... 5 out of 5 stars." - Don Grigware 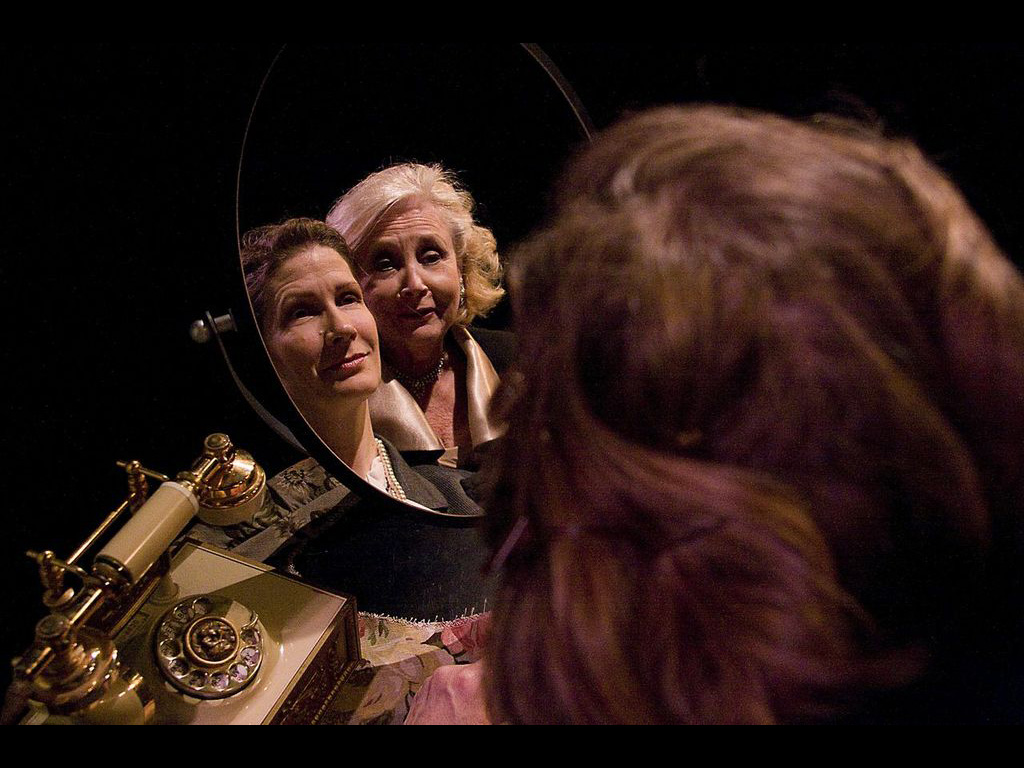 "Most delectable of the bunch are Gallogly’s Mae Westy Crystal and Britton’s bitch-perfect Sylvia. Colton is a hoot and a half as the dithery Countess De Lage, Travis is mannish perfection as confirmed bachelorette Nancy, and Leyden is a bejeweled delight as chain-smoking Edith (and never more so than when whisking away an ash from the layette of her just-born fifth babe). Tucker brings elegance, style, and wisdom to the role of Mary’s mother Mrs. Morehead, Lane channels Eve Arden wise-crackingly well as musical comedy star Miriam, Garripoli is a Nevada ball of fire as Lucy, and Becker gives manicurist Olga some snappy Brooklyn sass... . Those requiring proof positive of the above need only check out the entertaining revival confectioned by The Women Of Theatre West." - Steven Stanley, Stage Scene LA 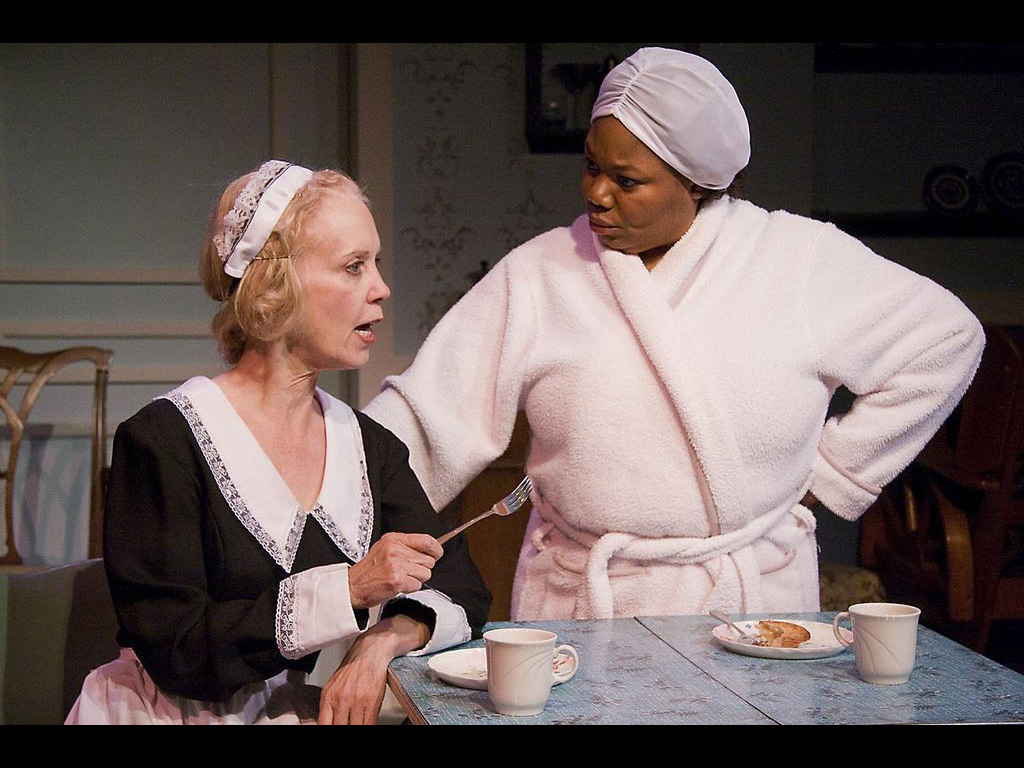 "It would be hard to pick out the accomplishments in this talented group but standouts were Caitlan Gollogy as the tramp Crystal, Jacque Lynn Colton as the eccentric Countess, Sandra Tucker as the steady Mrs. Moorehead, Barbara Mallory as “The Office Wife”, Mary Garripoli as Lucy, and Leona Britton as a delicious Sylvia." -  Robert Machray, Stage Happenings 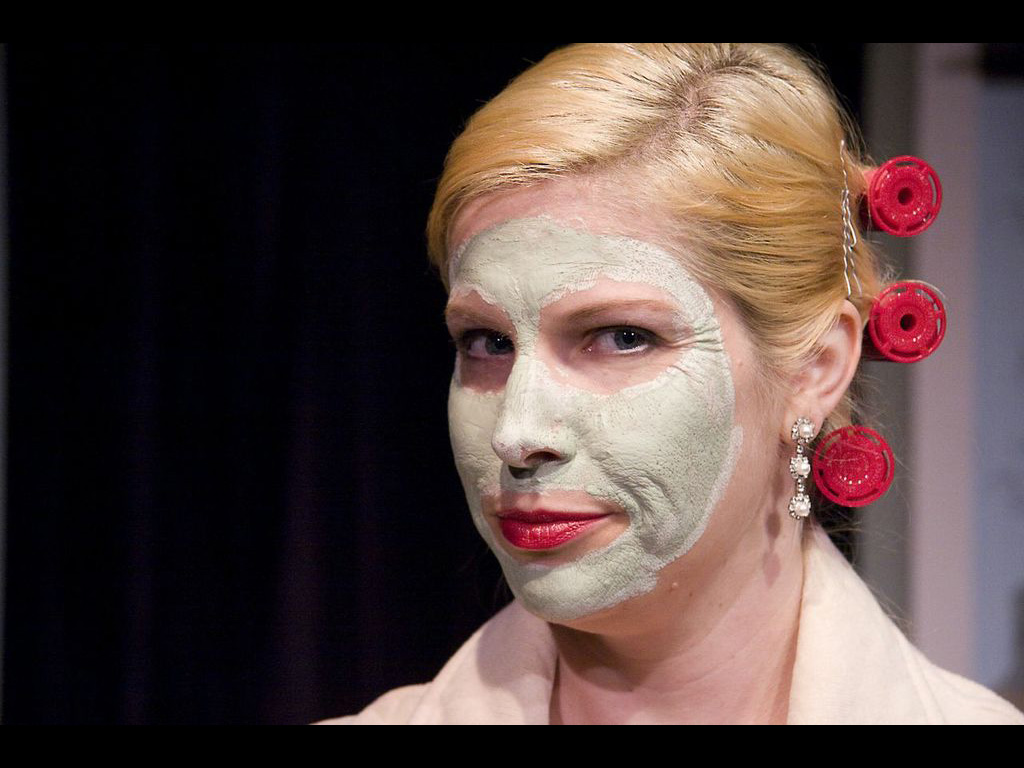 "Luce developed some exaggerated characters with a witty script that will keep you laughing throughout, including the working-class women who express amusement of the wealthy behind their backs. One wonders which were more content! In her play, she also created an opportunity to reveal some of the fashions of the day, and Valerie (Val) Miller has fashioned wonderful costumes just right for the period. David Offner’s set works wonders as it is easily changeable to represents a number of locales. Lee Meriwether assists Lewis in directing the extremely gifted cast who sharpen the characters that they represent." - Carol Kaufman Segal 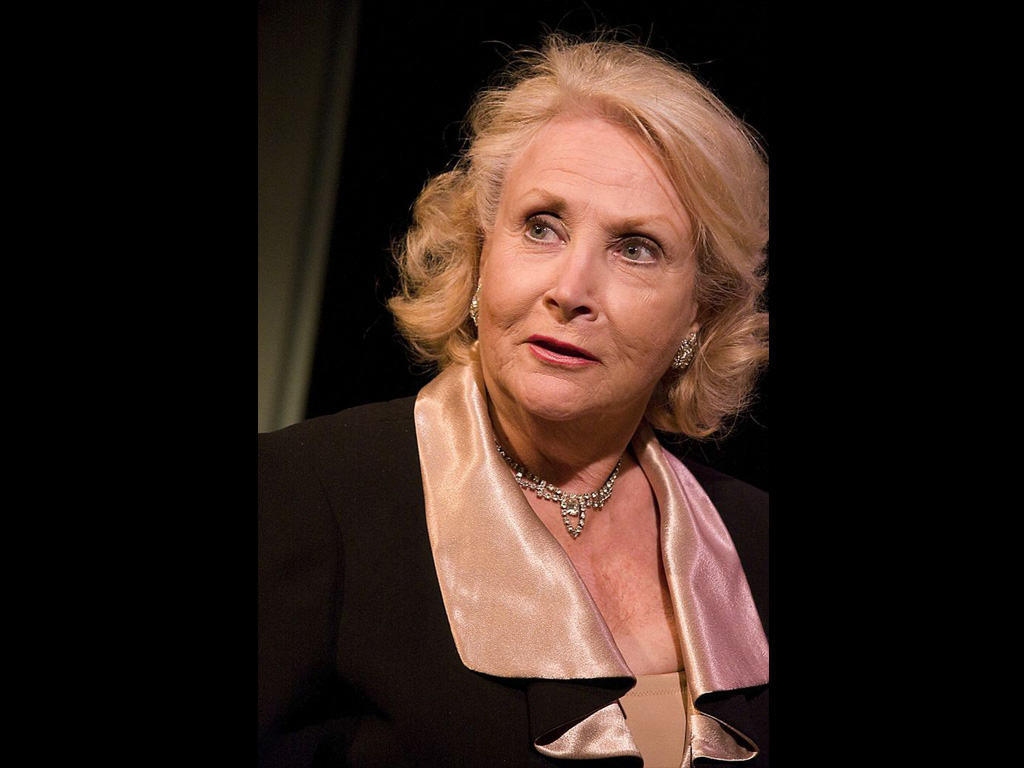 "In a day and age where “falling out of love” stories are nearly as common as the typical boy-meets-girl, The Women makes a splash with its witty exploration of what it really means to love. At what point does laying down one’s pride actually become an act worthy of pride? Of course we also delight in the characters that never lay down their pride. Leona Britton plays Sylvia, a wonderfully egotistical woman whose petulant self-assurance makes us scoff and laugh at the same time. Anne Leyden’s bubbly Edith tickles us with her negligence. And Jacque Lynn Colton’s portrayal of the aging Countess still in hot pursuit of “l’amour” amuses us perhaps a bit more than it should."
- Lydia Kapp, Life in LA 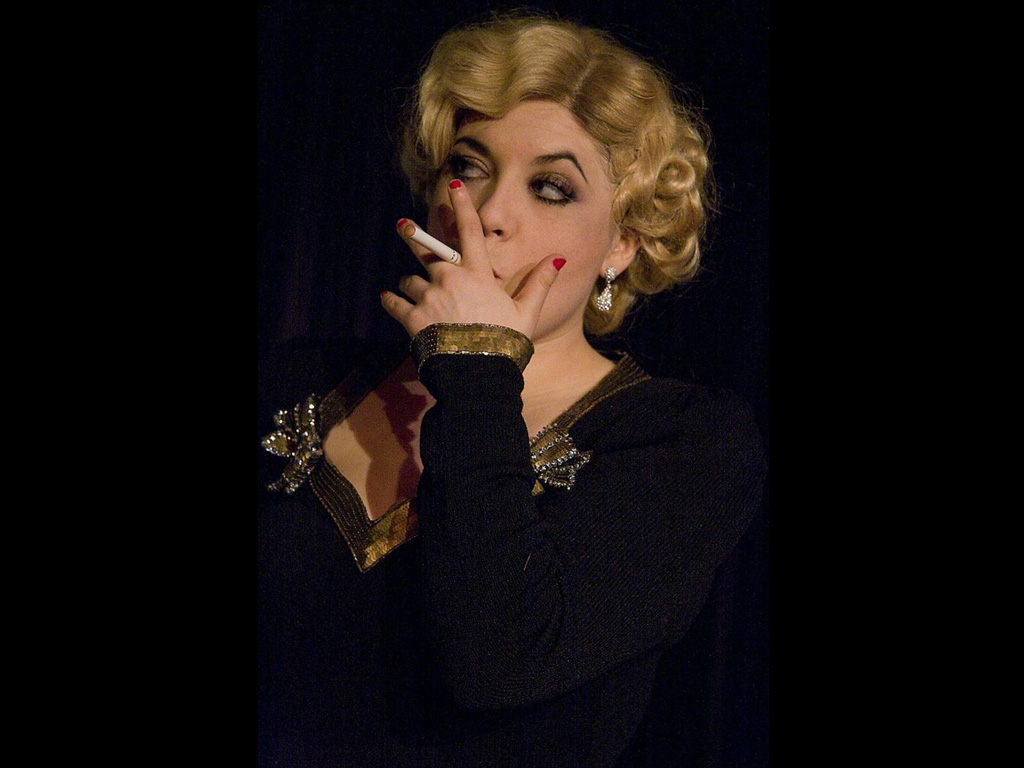 "Directed with riotously inventive skill and creative staging, by Arden Teresa Lewis (assisted by Lee Meriwether) her large cast fared well in laughably looney depictions! ... A group of quirky Manhattan high society women discover that their friend Mary (played with heartfelt passion by Maria Kress) is losing her husband to a heartless tart (a despicably sassy Caitlin Gallogly). Mary’s refined mother (a sensational Sandra Tucker) advises her to “close her eyes” to her husband’s heartless behavior, but her lady friend’s opinions vary (Leona Britton, Dianne Travis, Ayn Olivia Vaughan, Anne Leydon, and Lynn Colton … all hilarious!) As Mary tries to deal with her husband’s abandonment, and take care of her young daughter (a sweet Emily Mount) a plethora of insanely funny situations unfold, in the lives of her whacky “gal pals!”... For a highly ambitious and most enjoyable vintage “blast to the past,” sure to tickle your fancy … this is the one to catch!"
- Pat Taylor - The Tolucan Times 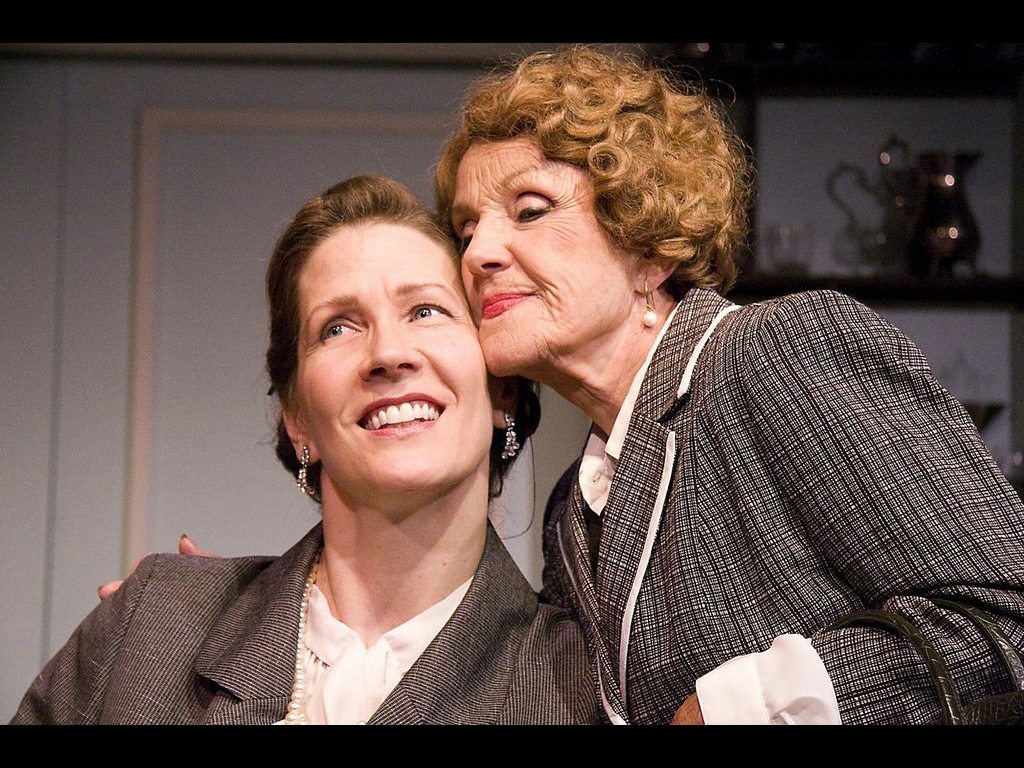 "There are no duds among the 18 performances and some that are excellent. Heather Alyse Becker shines in the dual roles of a young manicurist, speaking in what we would think of as a typical New York accent, and a bizarre exercise instructor who pokes her clients with a stick. Anne Leyden (Edith) conspires and dishes with delight. In the role of Mary’s mother, Sandra Tucker is convincing as the world-wise pragmatist who has seen too much and lived too long to know that men will ever change. Of special note is the performance of Maria Kress whose wordless conveying of surprise and hurt beautifully render Mary’s sad plight to an audience that’s otherwise laughing at the repartee." - Tom Waldman, NoHoArtsDistrict.com 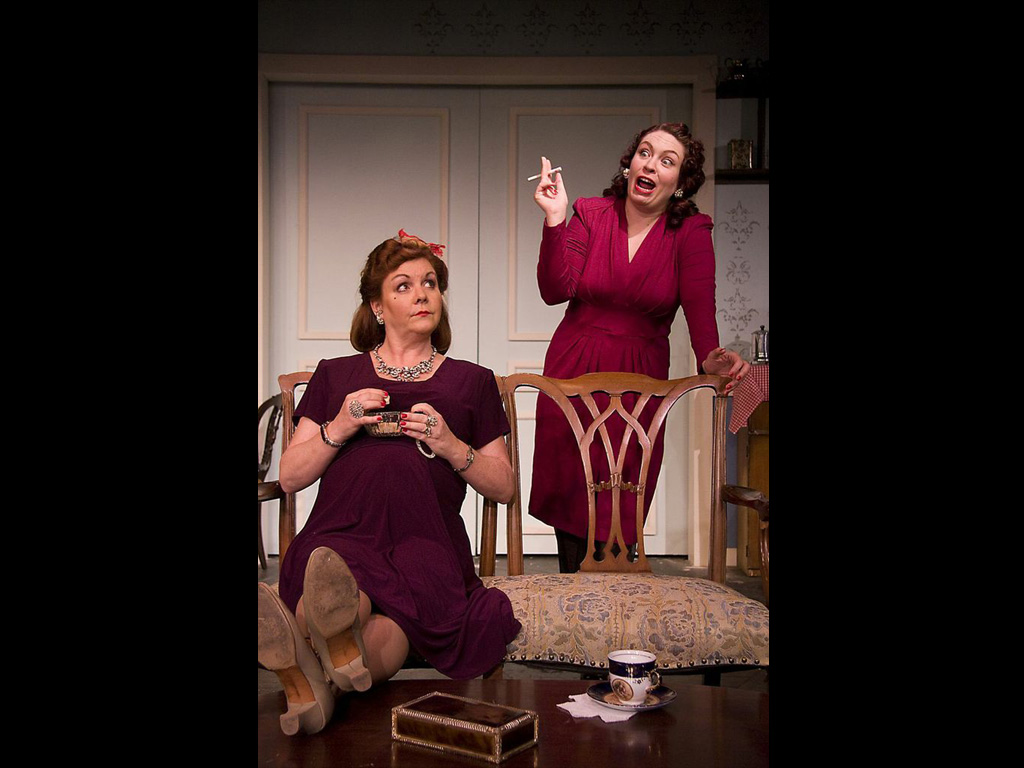 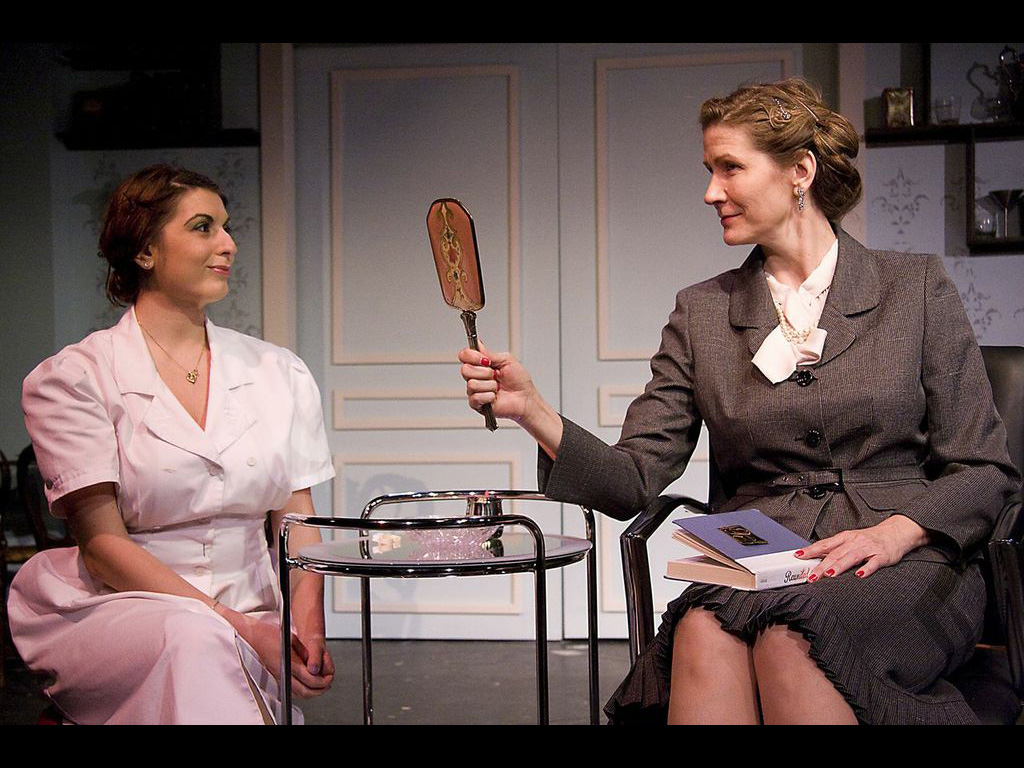 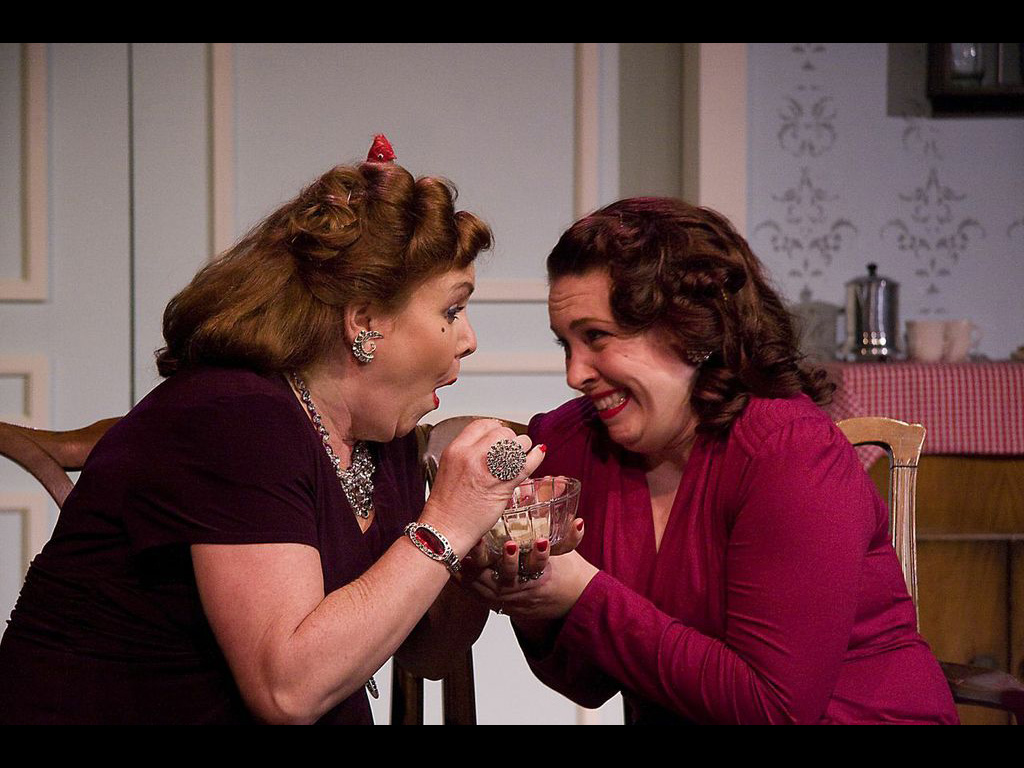 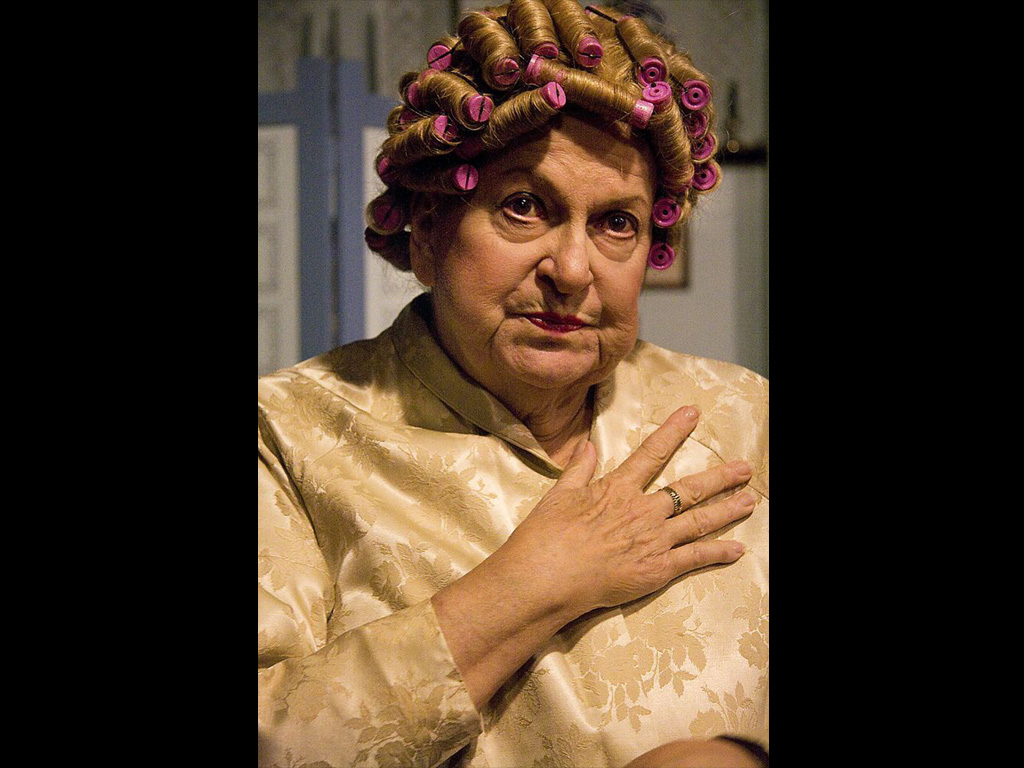 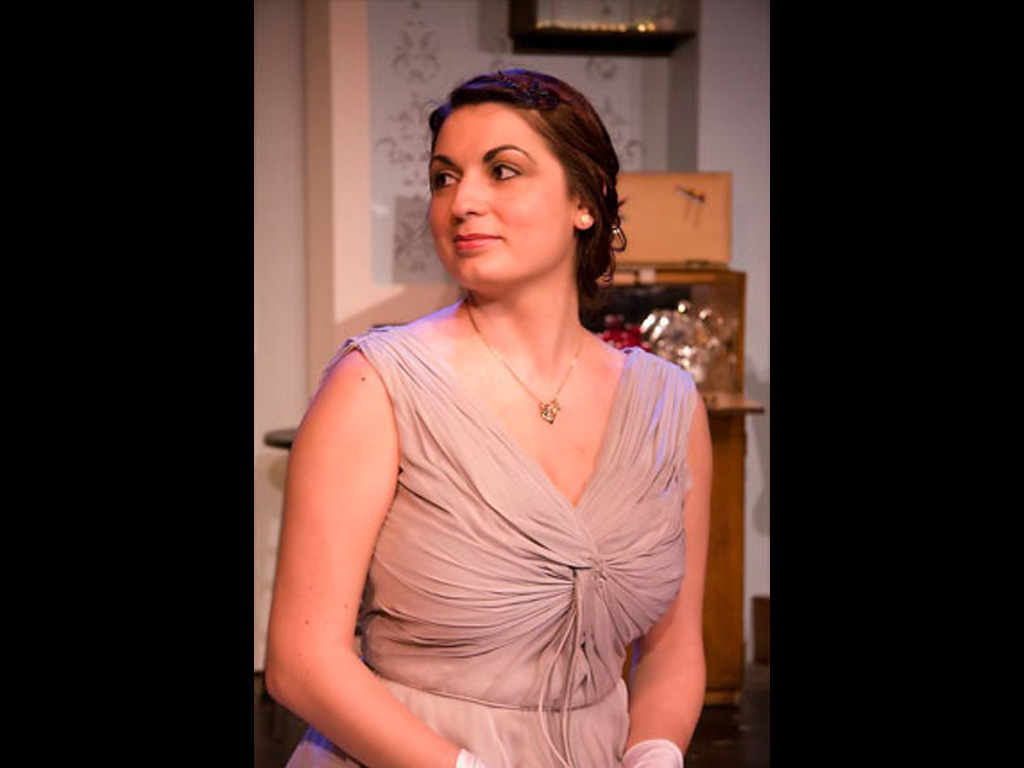 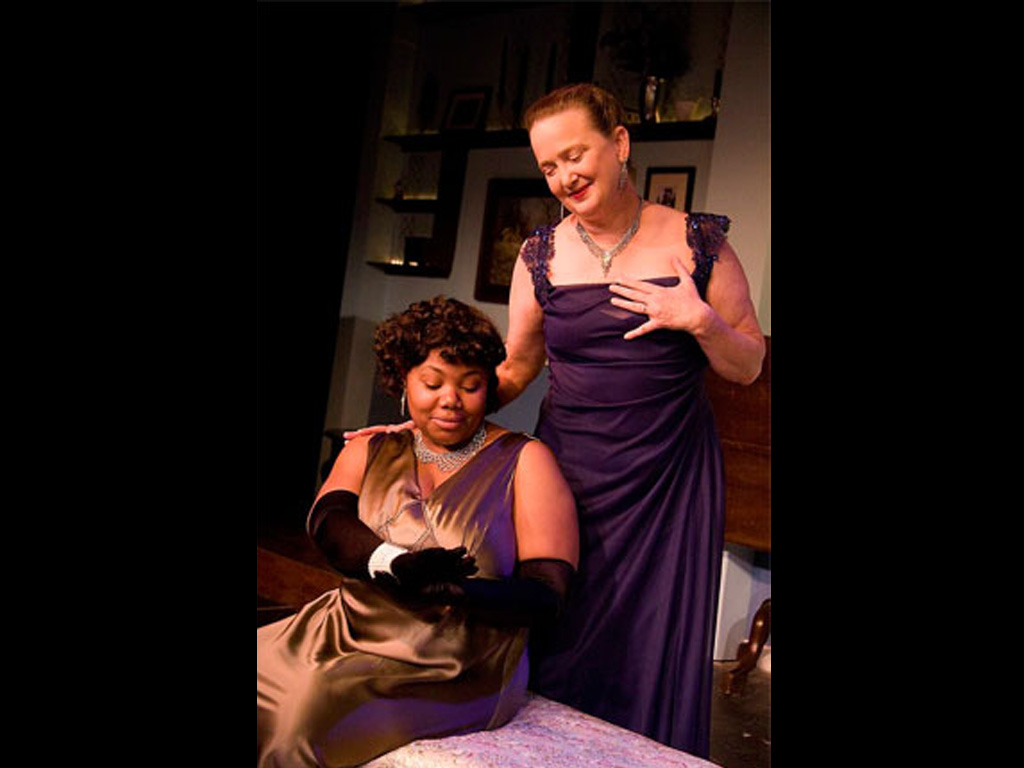 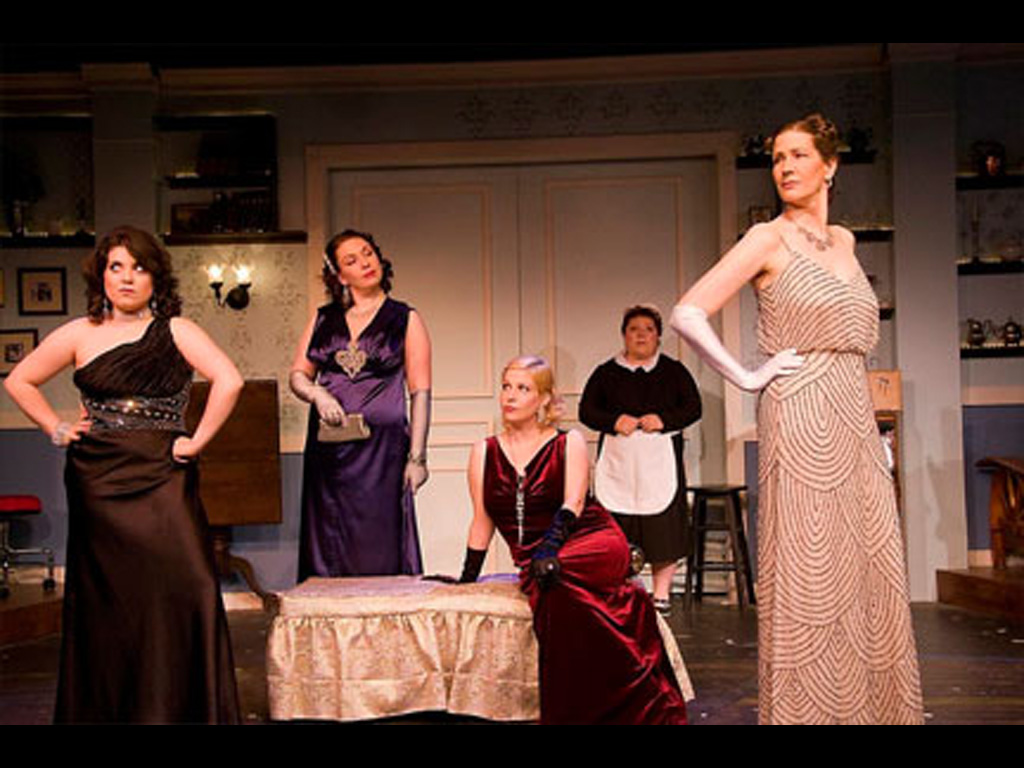 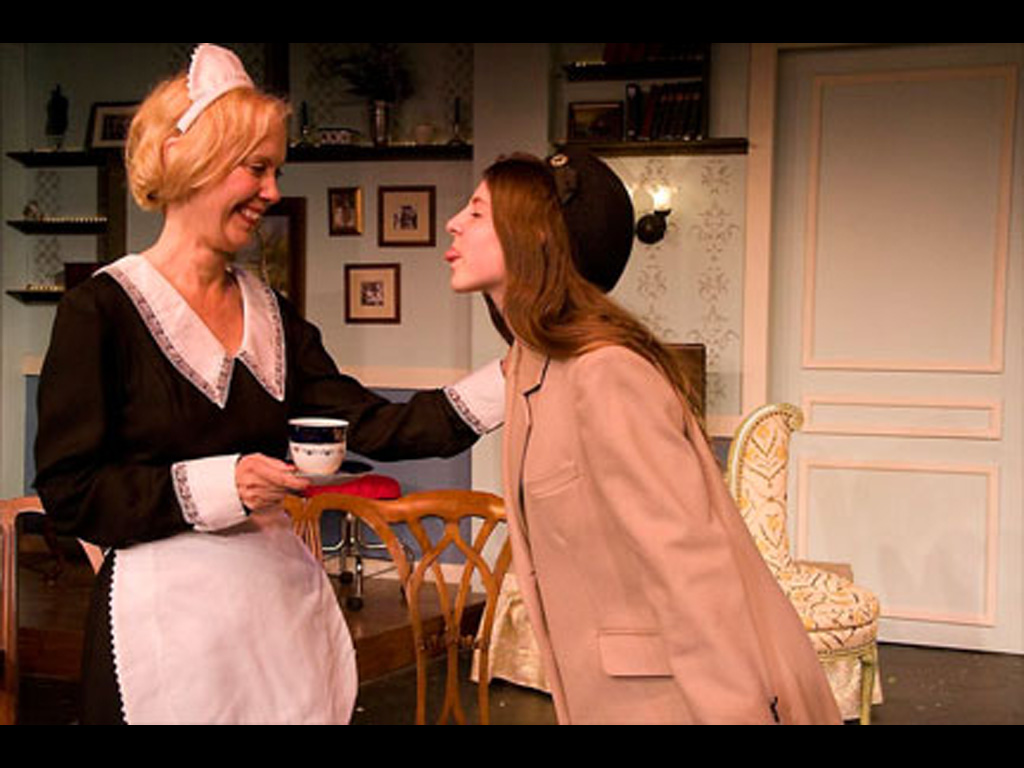 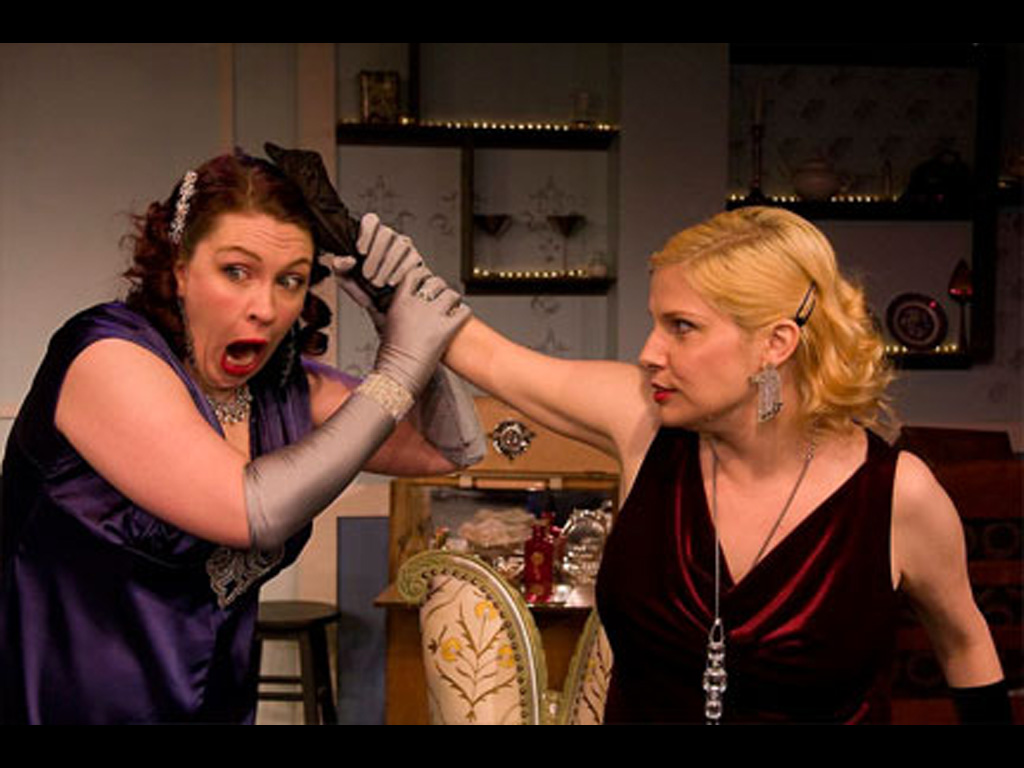 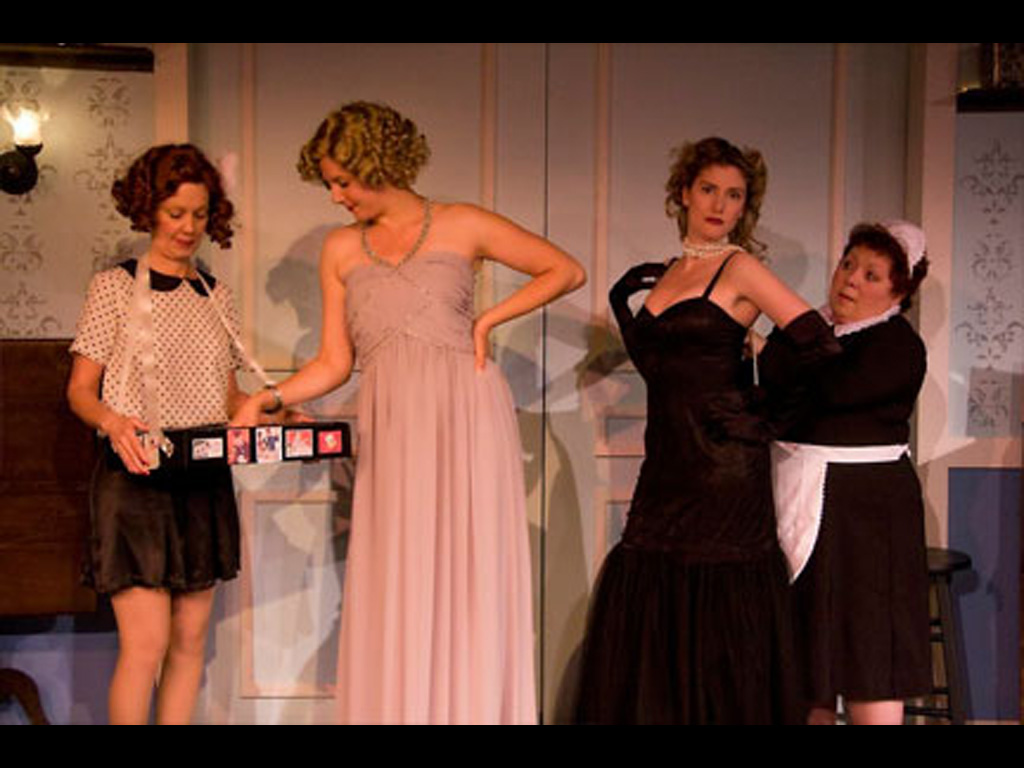 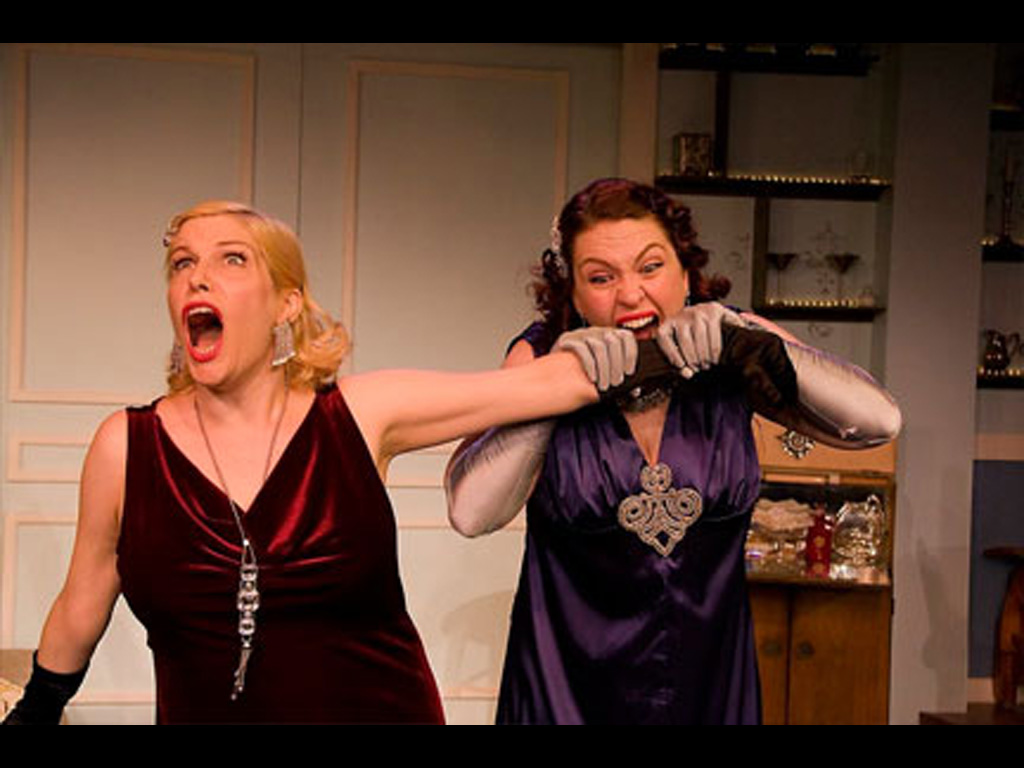