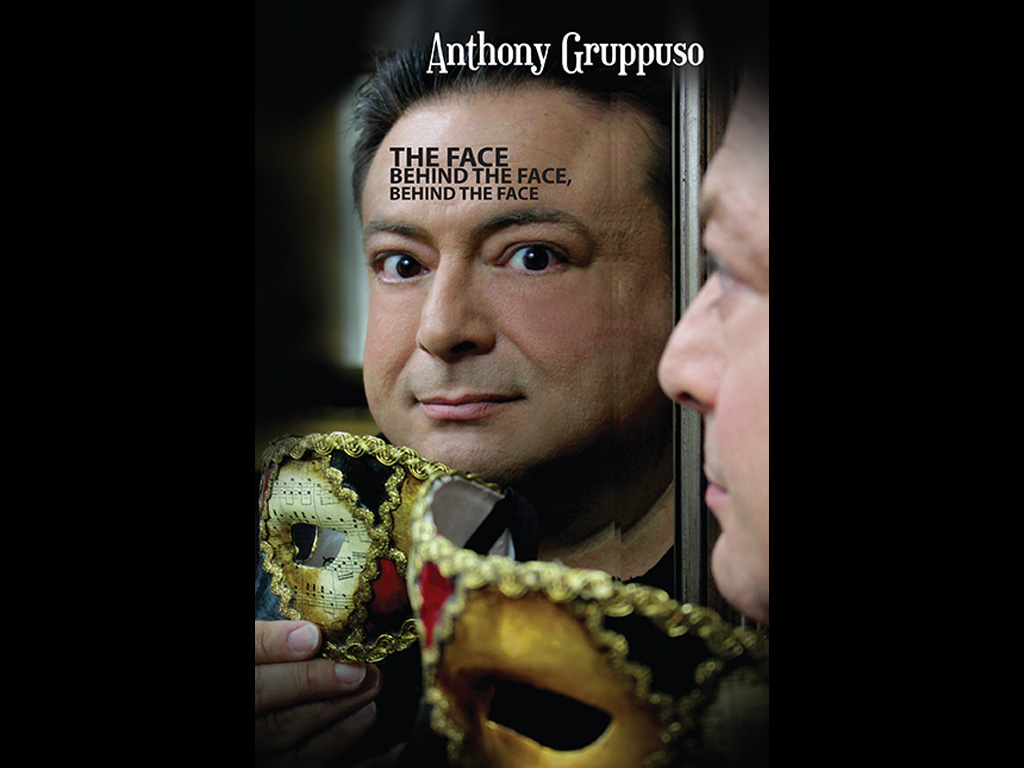 Back by popular demand, Anthony Gruppuso takes the stage once again with his one man musical show.

The Face follows Anthony as he visits his shrink to understand and dissect his life, career, family and undying love and enthusiasm for musical theatre. This one man musical event takes you on a journey through the Broadway canon performing popular favorites, lesser know gems and original songs as he takes the audience on a fascinating adventure to some delightfully unexpected places. 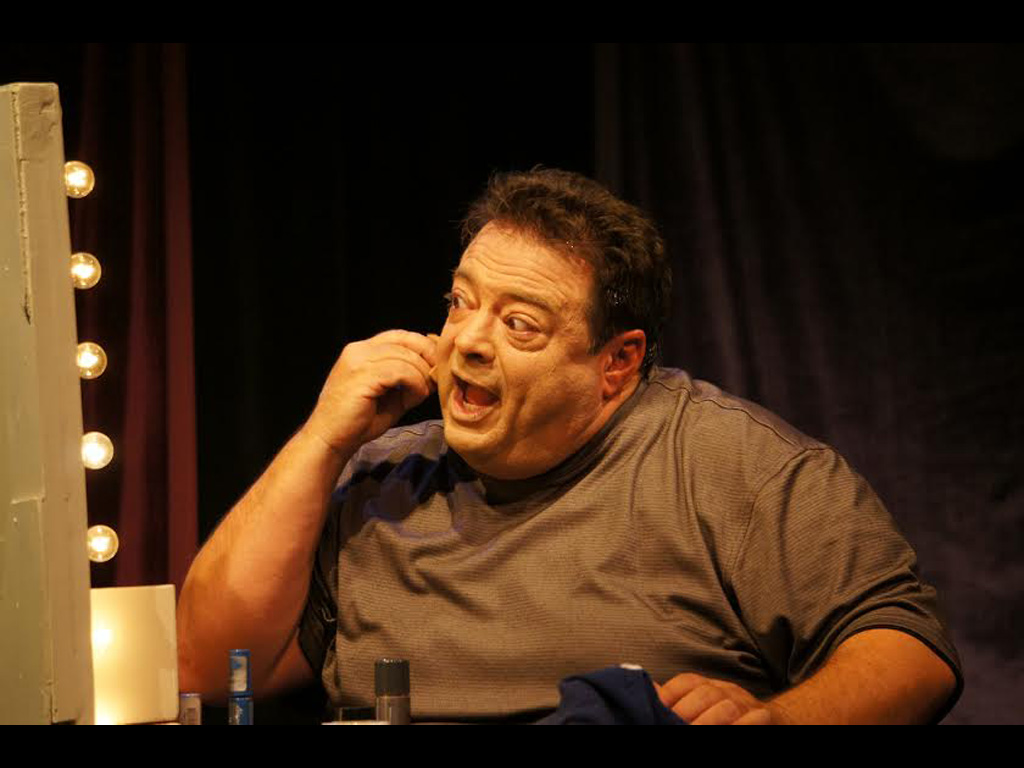 Musical theater performer Anthony Gruppuso takes a look at an actor’s life—and his own in particular—in his entertaining, gorgeously sung one-man show "THE FACE, Behind The Face, behind the face", playing this weekend only at Theatre West.

THE FACE, Behind The Face, behind the face has Gruppuso (an Outstanding Featured Actor Scenie last year for his deep, powerful performance as Milton in The Immigrant) imagining a musical therapy session with a certain Dr. Freud, to whom he has come in search of self-identity, a search he preludes with a salute-in-song to the psychologist’s well-known namesake in "The Ballad Of Sigmund Freud." 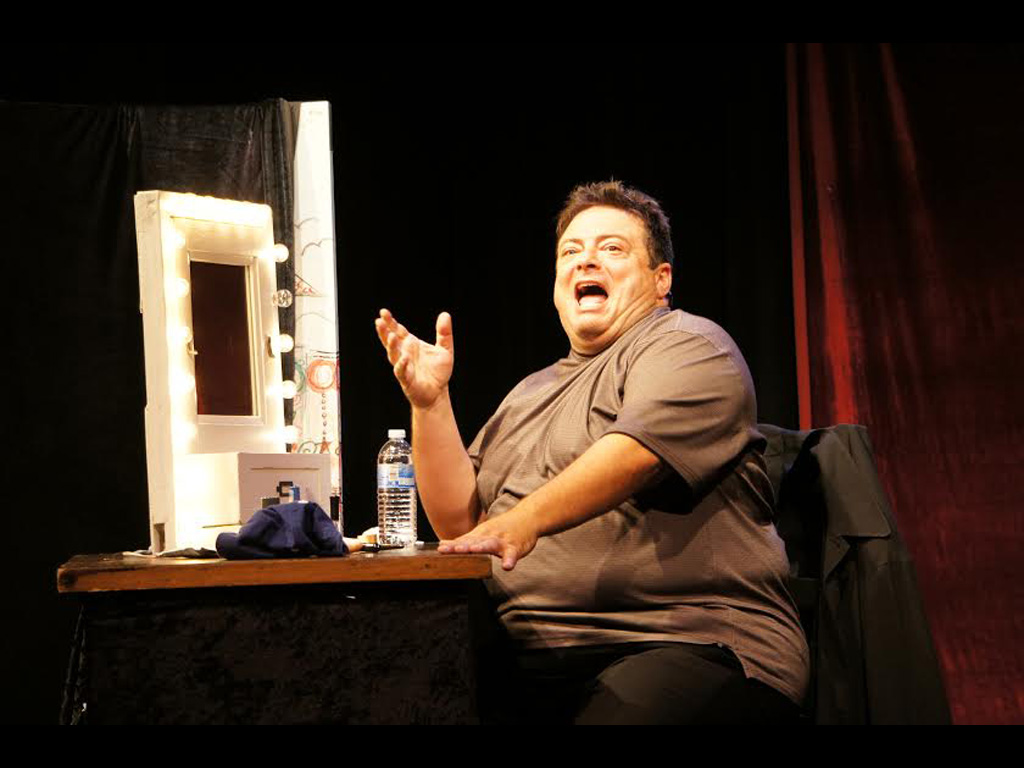 Memories of family ("Hey Pop" a tribute to Gruppuso’s Italian-American dad—sorry, make that Sicilian-American dad) alternate with dreams of becoming a performer (Craig Carnelia’s "The Kid Inside"), dreams that began coming true almost immediately upon young Anthony’s arrival in New York City despite a father’s warning that without a leading man’s looks and physique, his son had better seek success elsewhere than Broadway.

As any actor will tell you, you can get callback after callback and not get the part, a fact of show-biz life Gruppuso knows all too well. Oliver’s Mr. Bumble ("Boy For Sale"), The Little Mermaid’s Chef Louis ("Les Poissons"), Guys And Dolls’ Nicely-Nicely ("Sit Down, You’re Rockin' the Boat"), and My Favorite Year’s Benjy Stone ("Larger Than Life")—all of them are roles on Broadway that Gruppuso got called back for again and again until the parts ended up going to someone taller-shorter-younger-older-thinner-fatter (you get the picture). 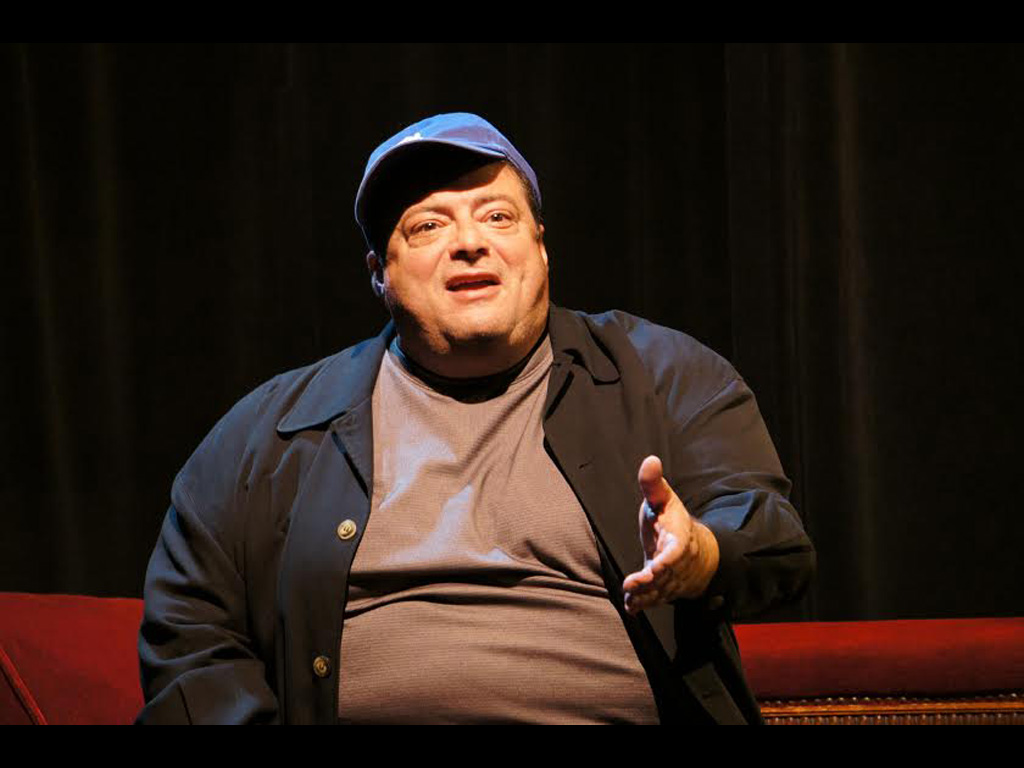 Fortunately, these failed opportunities add up to a terrific vocal showcase for THE FACE, Behind The Face, behind the face’s golden-throated star.

Gruppuso pays tribute to two important women in his life, his Italian Nonna in "Easier To Love" and his wife of twenty-plus years in "Shouldn’t I Be Less In Love With You." He even treats his audience to a bit of Pagliacci in "Vesti La Giubba" (in full clown garb), proving that despite a dislike of opera (the result of having been forced to listen to so much of it as a child), Gruppuso has the pipes to sell an aria with the best of them.

I’m not quite sure what conclusions the star of THE FACE, Behind The Face, behind the face would have us draw from the set of songs that end his session with Dr. Freud, but they make for one fabulous finale beginning with "(A Little More) Mascara" from La Cage Aux Folles, and followed by a medley made up of Some Like It Hot’s "The Beauty that Drives a Man Mad," Hairspray’s "You can’t Stop the Beat," the title song from Little Me, and the gender-bending "Boys Will Be Girls," before Gruppuso brings the evening to a powerful close with the introspective "Self Portrait." 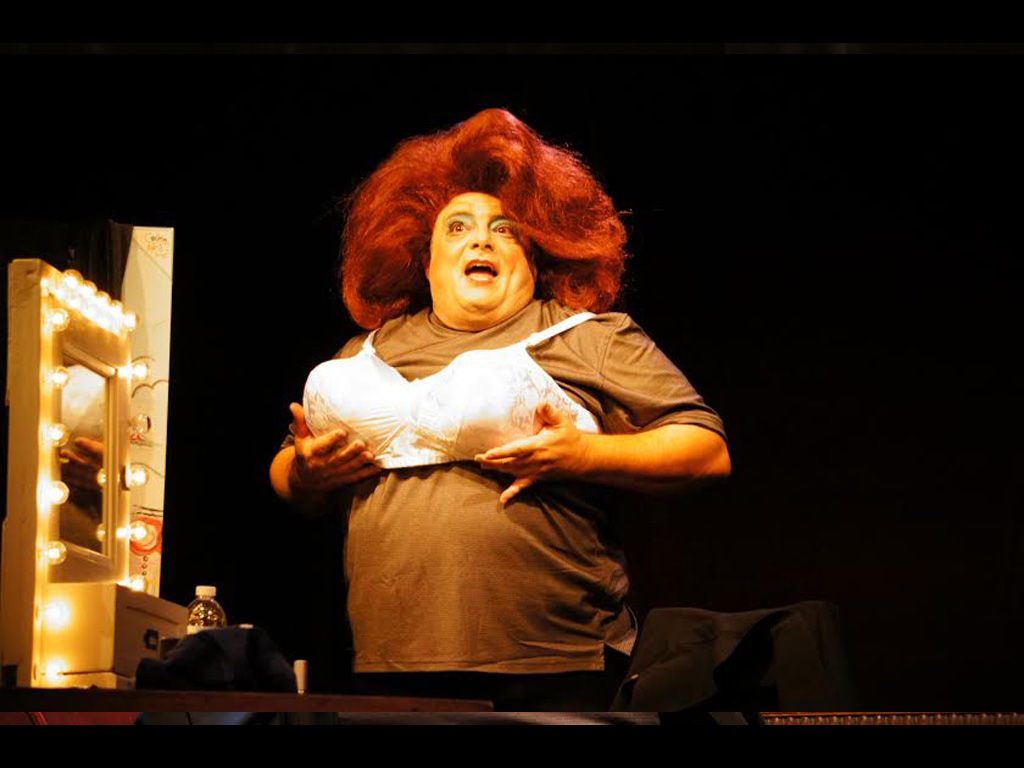 THE FACE, Behind The Face, behind the face benefits from the assured direction of the multiple Scenie-winning Calvin Remsberg, the accomplished keyboard tickling of musical director John Dickson, and Yancy Dunham’s expert lighting design. Dina Morrone is producer. Roger Kent Cruz is stage manager.

Anthony Gruppuso may not be the household name he dreamed of becoming way back as a child, but as THE FACE, Behind The Face, behind the face makes abundantly clear, he’s got what it takes to keep an audience thoroughly entertained just Him, Himself, And He in this tasty Thanksgiving weekend treat.

As a Cabaret Artist Anthony has performed his shows from Coast to Coast with stops at Don’t Tell Mama in NYC, Davenports Chicago, The Barker Tavern, Boston, Fahrenheit 451, Denver, and The Gardena, Los Angeles.

Theatre West performances include Harry Fatt in the Ovation Nominated Best Play "Waiting for Lefty", Col. Grubbs in "Somewhere for the Boys", Frankie Burns, in "Let’s Face It", and Windy Deegan in "Panama Hattie" for the Betty Garrett Musical Comedy Workshop fund raisers.

Currently he can be seen as the Mr. Locks and Papa Bear in Storybook Theatres production of "Goldilocks and the Three Bears". His other story book credits include, Mr. Grimble / Ima Notfun in "The Circus is Coming to Town" as the Father in "Hansel and Gretel", the Genie in "Aladdin the Princess and the Lamp" Fred the Dwarf in, "Snow White", The Dog in "The Ugly Duckling", The Giant, in "Jack and the Beanstalk," and the King in "The Princess and the Frog".

He has performed in several feature films, Equity stage productions, numerous workshops, national, international, regional, local commercials, and television shows including appearances on "Jimmy Kimmel Live", "The Megan Mullally Show" and "The Tonight Show with Jay Leno". For more about Anthony check out his website. AnthonyGruppuso.com