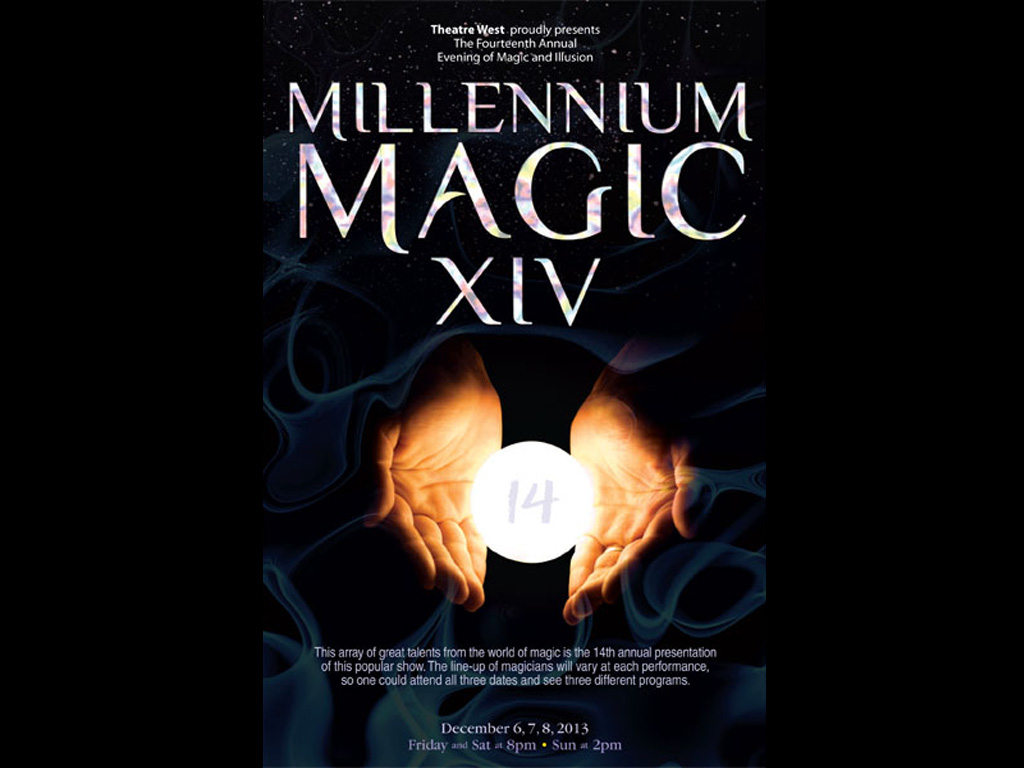 A Cavalcade of Professional Magicians from The Magic Castle

Back in 1999, magician and actor George Tovar originated “Millennium Magic,” an annual festival of Magic Castle magicians performing for one weekend each December at Theatre West.

Jeanine Anderson was for many years the official hostess of the Magic Castle. She is also an actor, playwright, children’s magician, and longtime member of Theatre West.

This year, they join to host and produce three amazing performances as they are joined onstage by the magical friends from the Magic Castle. This array of great talents from the world of magic is the fourteenth annual presentation of this popular show. The line-up of magicians will vary at each performance, so one could attend all three dates and see three different programs.

As of this writing, the roster of performers will be as follows:

Scheduled performers appear subject to availability and may be subject to change. As this is a one-weekend-only engagement, no complimentary admissions will be available. Prospective attendees are advised to order tickets in advance, as previous performances of “Millennium Magic” have sold out.