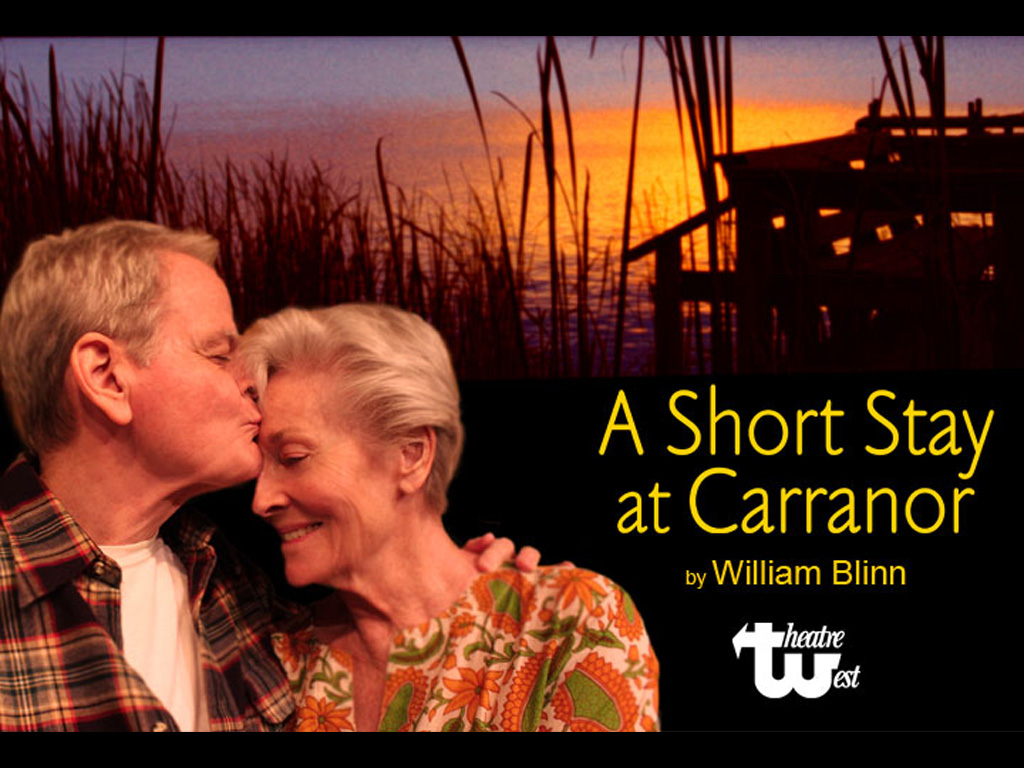 A Short Stay at Carranor

Life is often a series of mistakes. Most learn to live with them. Others set out to repair. When you’re seventeen you know you’ll never die. When seventy, only need to live. In between is a learning. Chet and Irene wanted to get married, so they did. Unfortunately not to each other. A memory can eat you alive. A Short Stay at Carranor is an affirmation of the enduring power of true love. At the same time, it takes an unblinking look at the harsh realities of making relationships work, and the ending that all of us, will surely face. 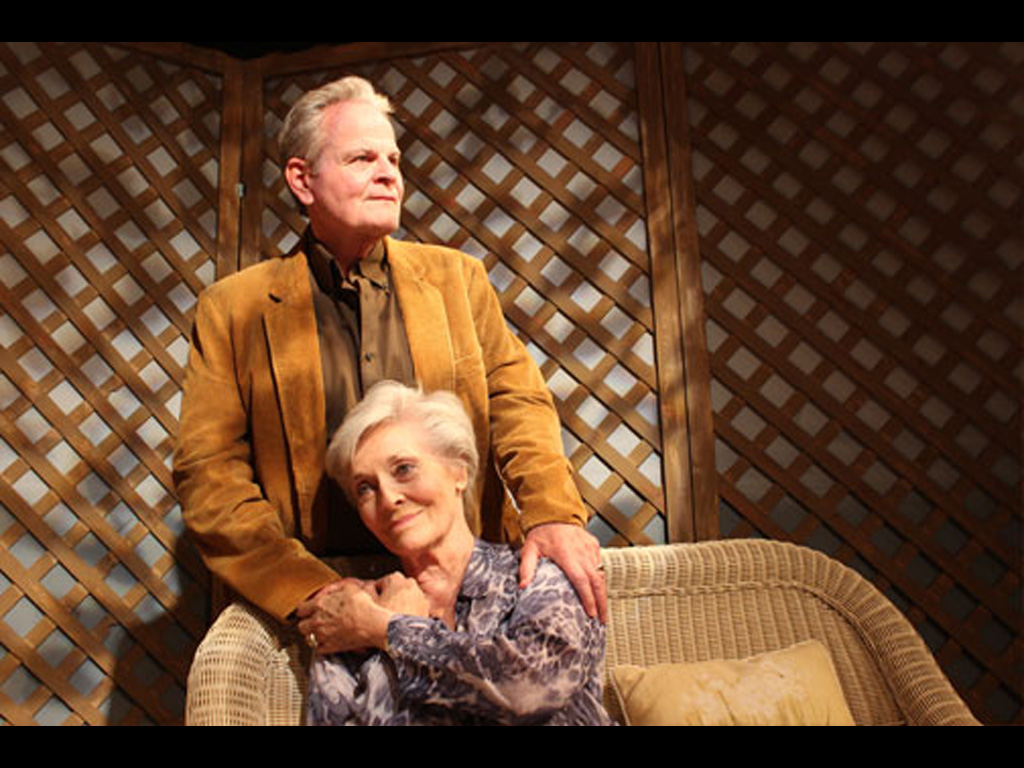 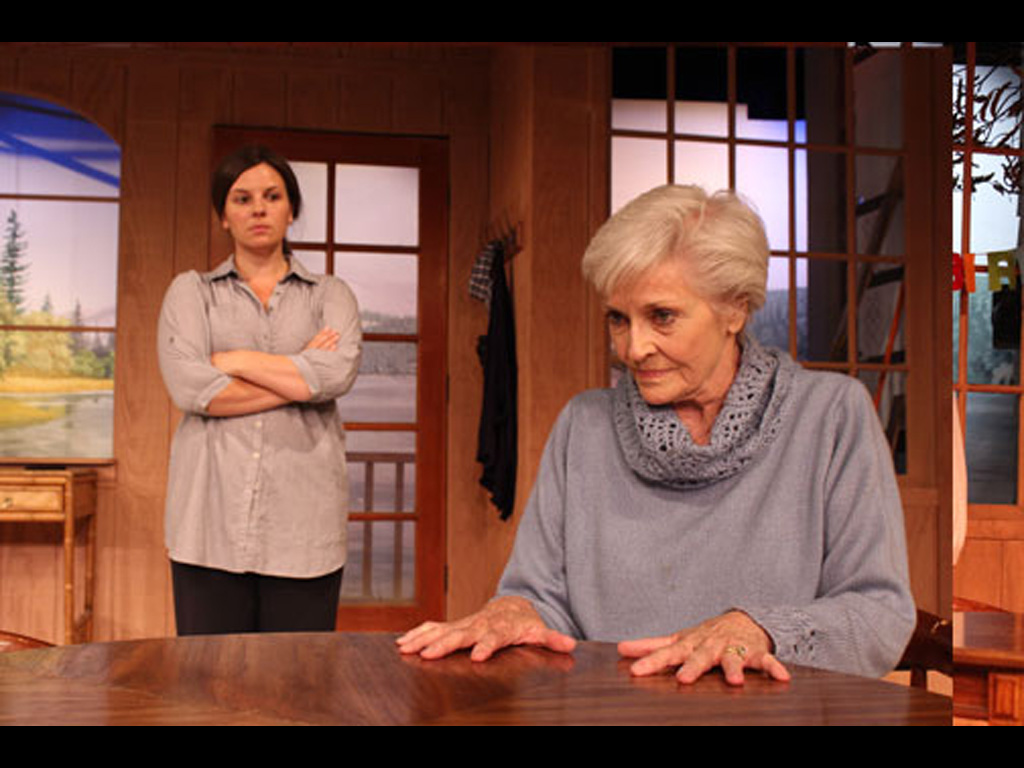 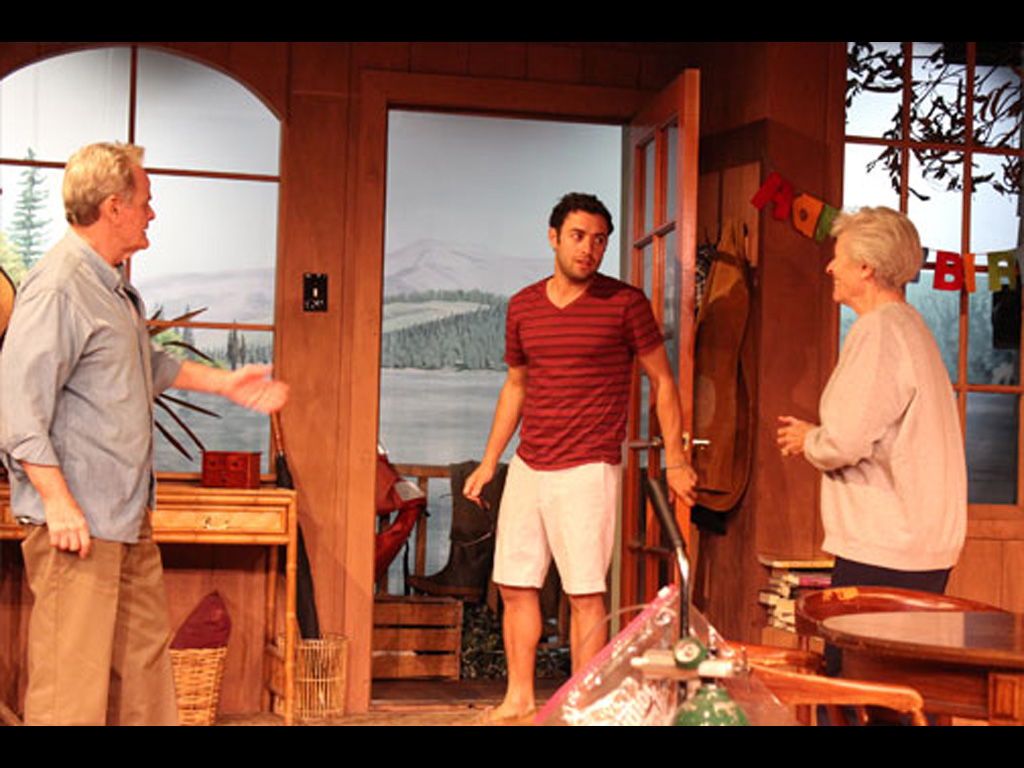 “GO – Meriwether’s performance offers the best reason to see this production: Her stately grace brings dignity to a portrayal that feels both effortless and fully realized.” ~ Jenny Lower, LA Weekly 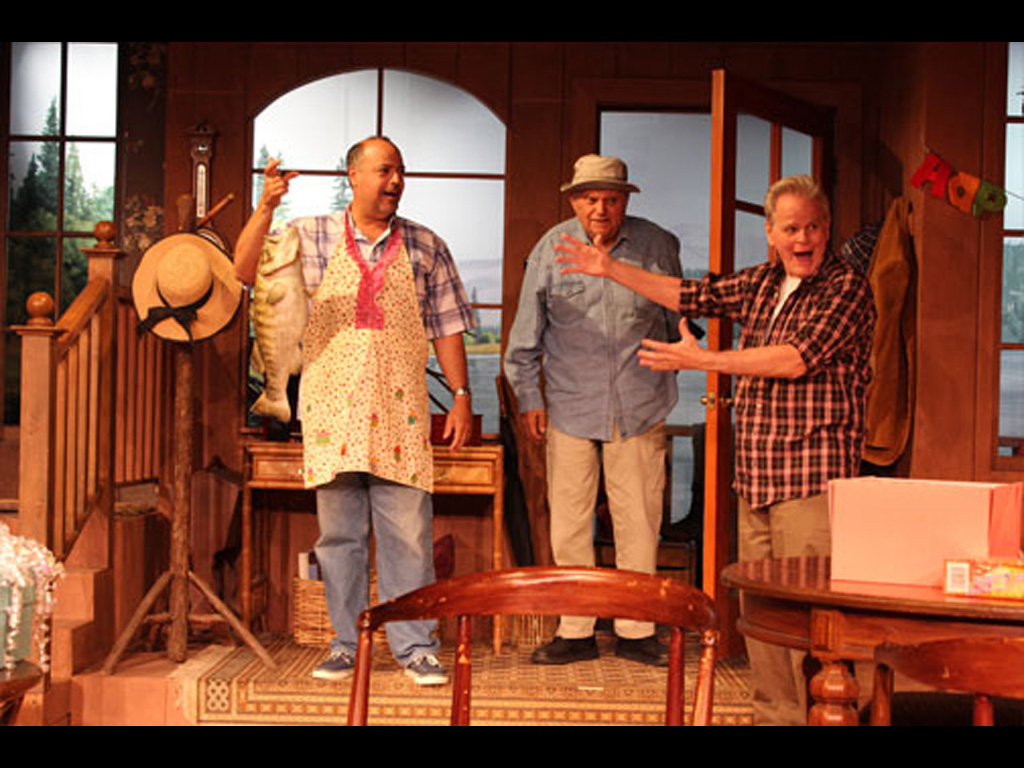 “RECOMMENDED – Go, if for no other reason than to see the beautiful Lee Meriwether, in this perhaps the crowning achievement of her career.” ~ Don Grigware, Grigware Reviews 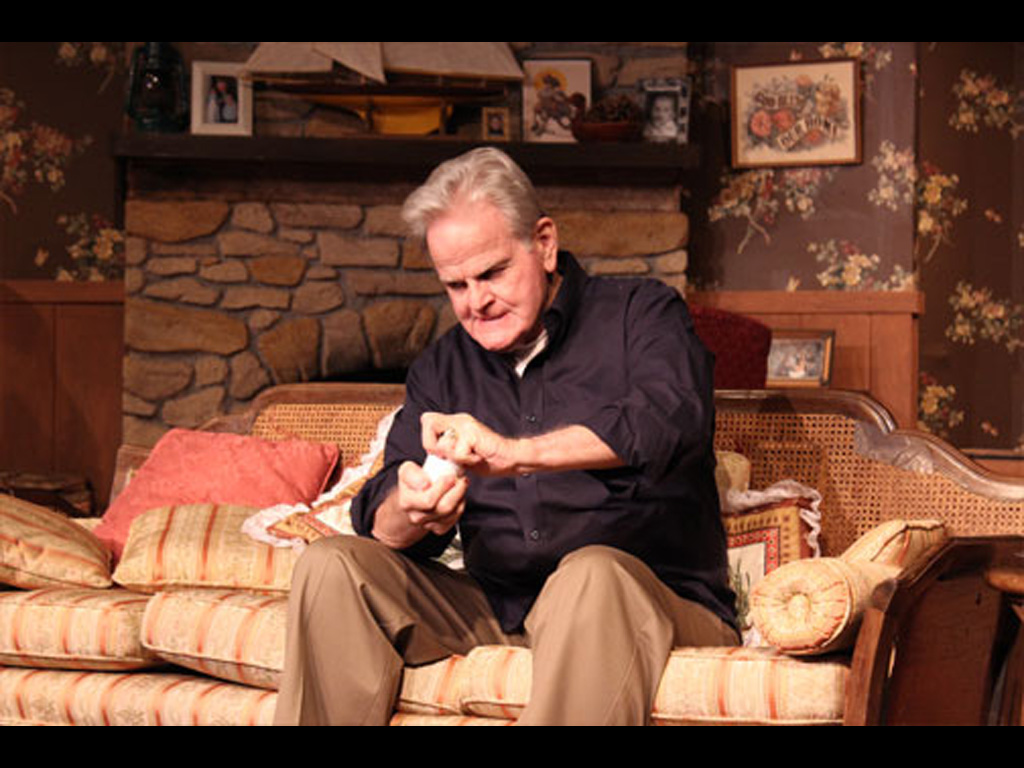 “Lee Meriwether and Don Moss are absolutely charming…The stage set, lighting and sound were excellent and there is a nice inspirational message. Love prevails, and it’s never too late to change history.” ~ LA Post 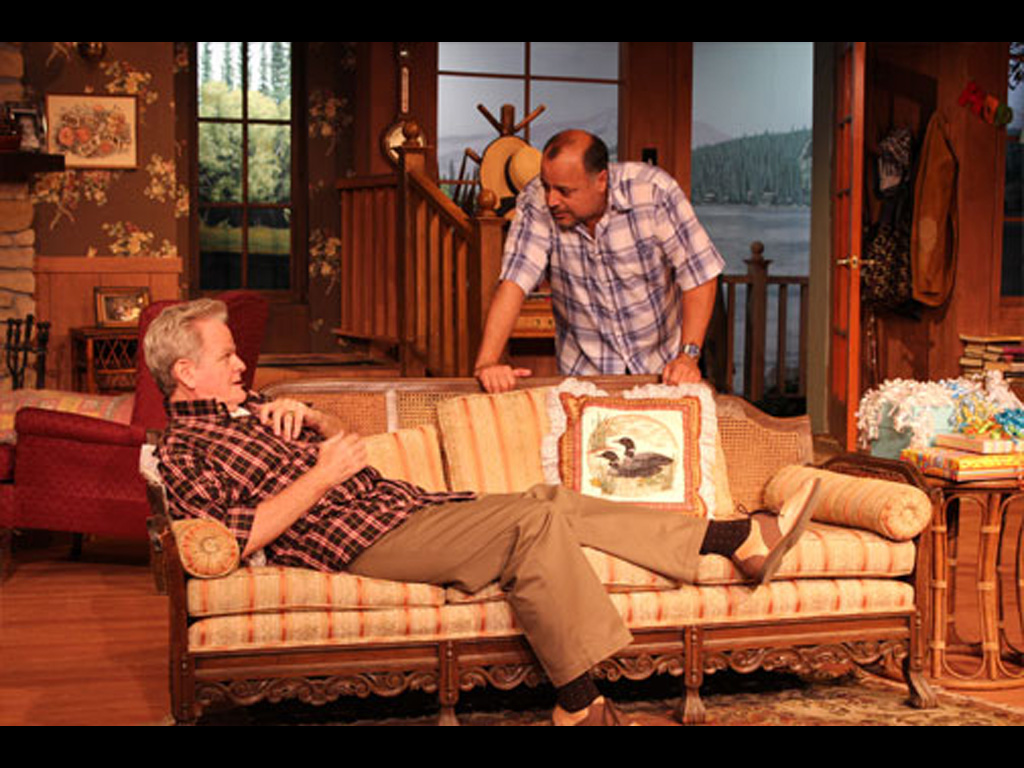 “Written with heart-wrenching emotion by two time Emmy winner, William Blinn, and directed with pulsating passion by John Gallogly, this romantic drama is a pure joy.” ~ The Tolucan Times 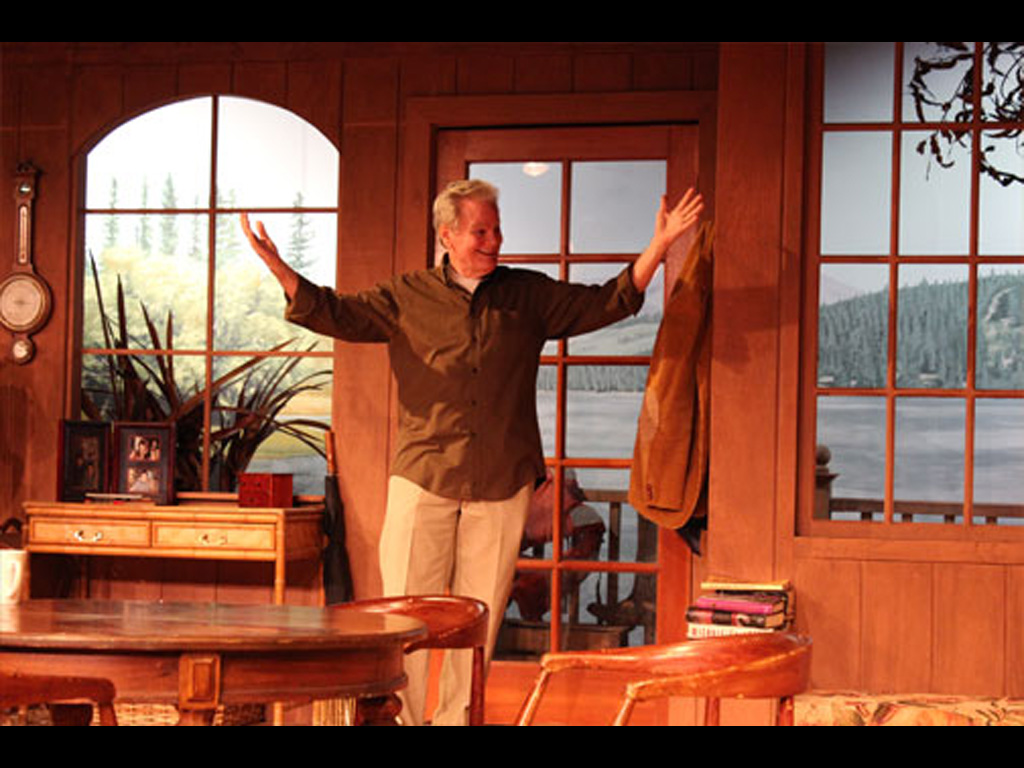 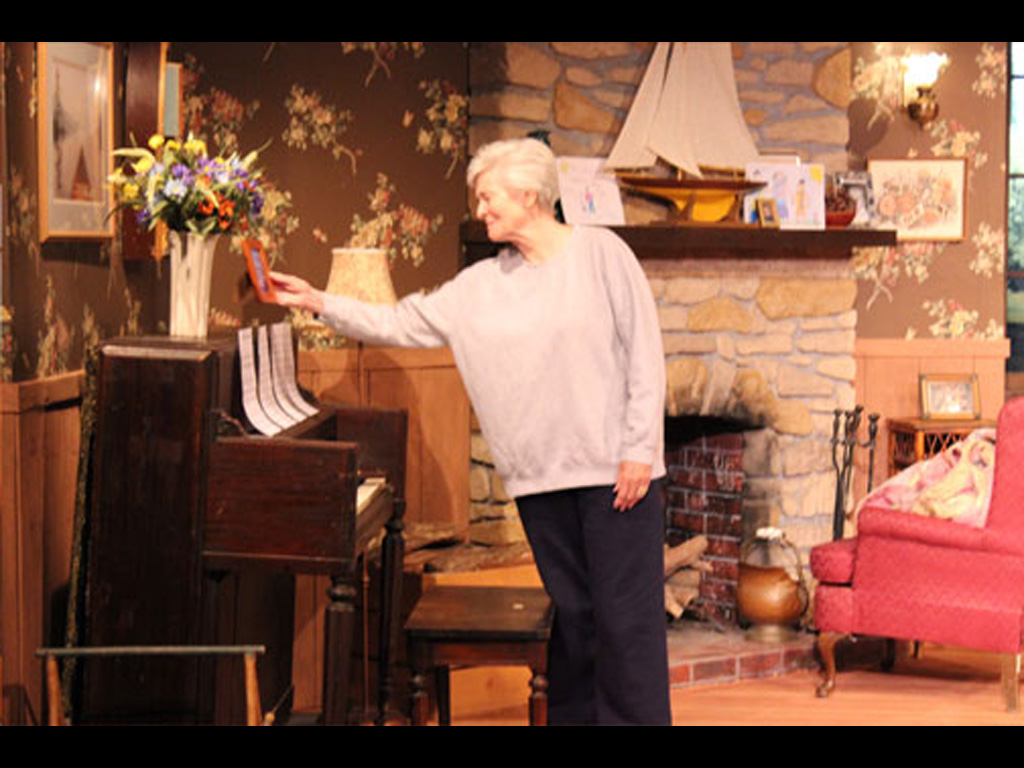 "RECOMMENDED – This is a very difficult piece that could easily get maudlin without a sense of humor and the right actors to carry it off. Fortunately, both elements are present. Moss lets his humor carry Chet through his period of distress, and there is additional fun provided by Greg Lewis as Mr. Dibble, a neighbor/fisherman who drops by to put his two cents in, kind of like Charlie the mailman in On Golden Pond. George Tovar plays Alan, Shelby’s husband who visits to help celebrate Irene’s birthday, and his light touches enhance the play’s comic relief as well. Shor is a wonderfully controlled actress even when Shelby is out of control, and she delivers a lovely performance. Mary Burkin and Nick McDow play Diane, Chet’s wife and Kyle, his grandson, who come in at the very end to collect Chet for his last days at home. The face-off between Diane and Irene is the type of scene that really separates the men from the boys and Burkin and Meriwether carry it off sublimely. Speaking of Meriwether, I’m saving the best for last. This actress is a perfect fit for Irene. She is astoundingly beautiful in her seventies and has a real, genuine charming nature that most ladies her age merely dream of. She is a special lady who gives a truly memorable and heartfelt performance….Blinn’s writing is bold in its breadth, and he really goes a long way to flesh out the characters into endearing human beings. Most films have dealt with couples entering old age and facing death, but as marrieds, not lovers, and I am not completely sure, but I believe there are no other plays that dare to go as far as Blinn goes over the two and a half hour period. Director John Gallogly provides wonderful pacing, and the evening is a nice surprise. Jeff G. Rack supplies one of the finest looking sets to grace the Theatre West stage. Go, if for no other reason than to see the beautiful Lee Meriwether, in this perhaps the crowning achievement of her career." ~ Don Grigware, Grigware Reviews 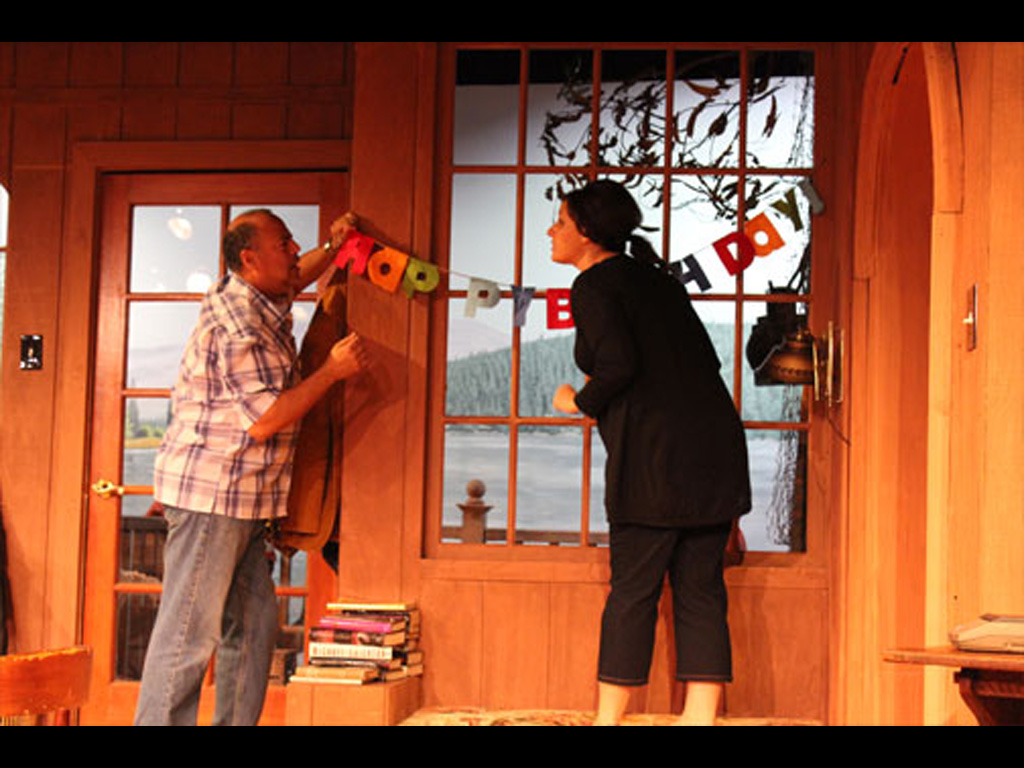 "John Gallogy directs a fine cast that places the appeal toward this work, making each elements fall into its own place….Although the title suggests a short stay, leave it to none that this ‘stay’ proves that it’s never too late in life to have a special someone in one’s domain, just as long as everyone involved approves. This play is approved in all factors…" ~ Rich Borowy, Accessibly Live 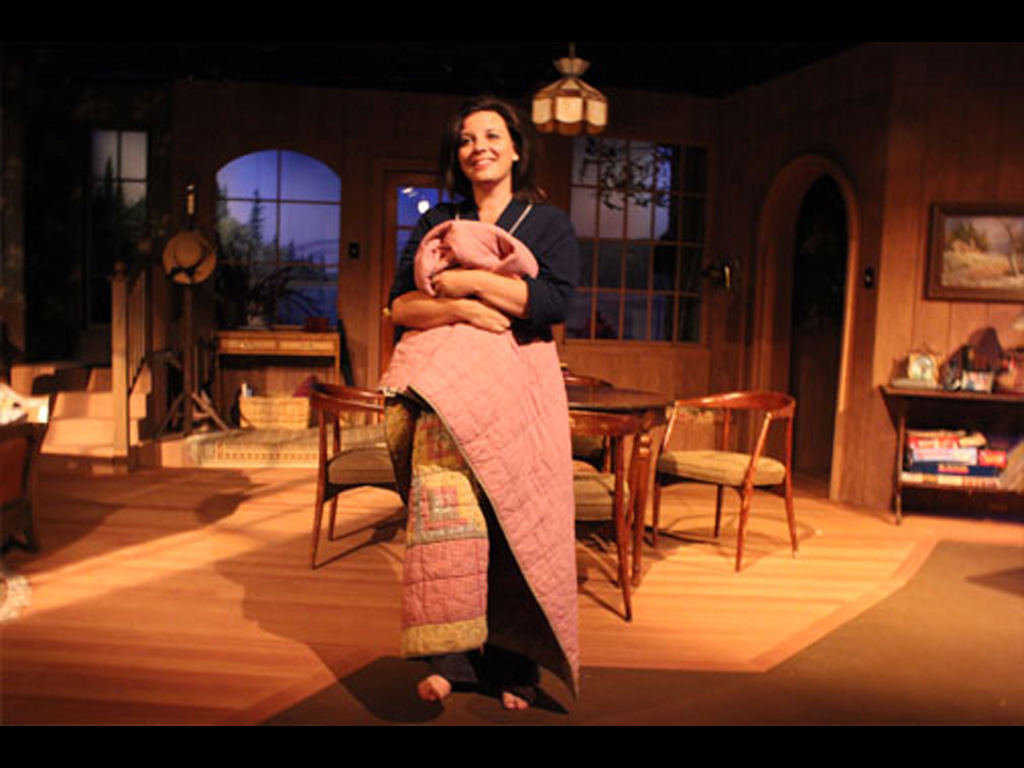 "Written with heart-wrenching emotion by two time Emmy winner, William Blinn, and directed with pulsating passion by John Gallogly, this romantic drama is a pure joy. A poignant and involving look at the intricate dynamics of “family,” and undying romance … this touching “slice of life” story will linger in my mind for some time to come….The remarkable Lee Meriwether plays Irene, with spunky and graceful elegance, and Don Moss plays Chet with soaring spirit, savoring the long awaited reunion. Not without complications, Irene’s married daughter Shelby is outraged by their “late life” pic4romance, and objects strongly (a spunky Corinne Shor). This causes conflict in her own marriage to Alan (a delightful George Tovar). In smaller roles, Greg Lewis as the quirky neighbor Mr. Dibble, Mary Burkin as Chet’s current wife, and Nick McDow as Chet’s adult son, all add color to the bittersweet story. A charming production, with explosive family dynamics. Kaleidoscopic kudos to the “behind the scenes” artists, who effectively set the mood. The stunningly panoramic set design by Jeff G. Rack, scenic murals by Jeff Raum, crisp sound by Charlie Mount, and inspiring lighting by Yancey Dunham … blended magically to enhance our heartfelt experience! This is a deeply moving story, which held the audience captive throughout. Do try to see it." ~ The Tolucan Times 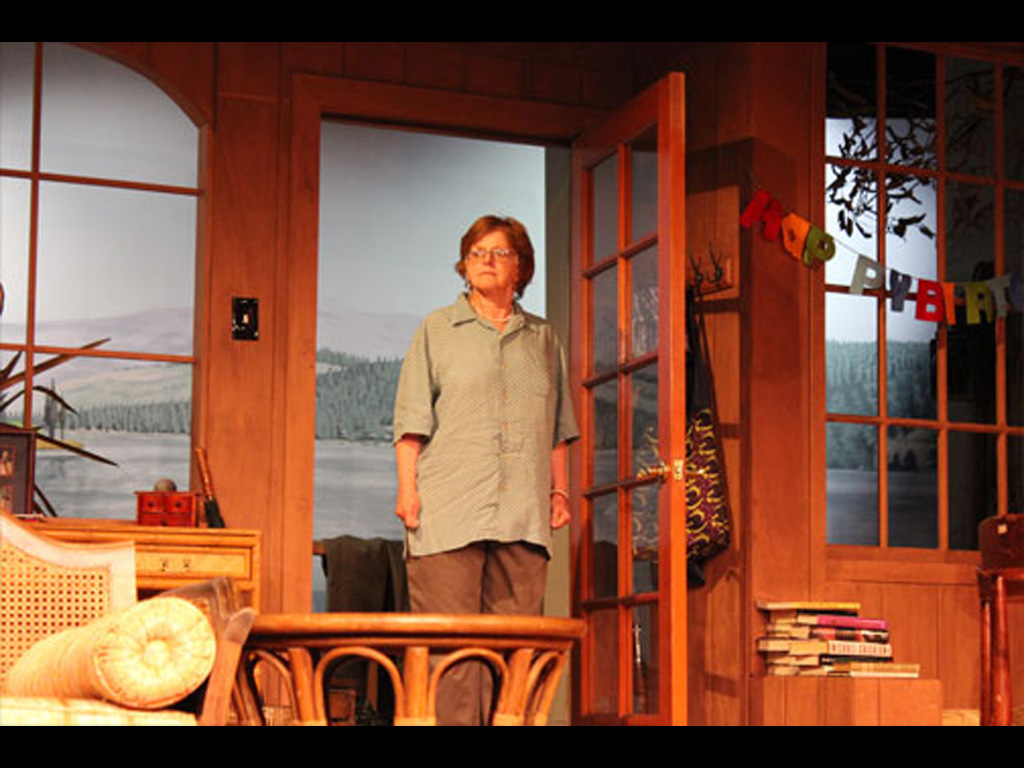 William Blinn is the playwright. A celebrated writer for television and film, he won Emmy Awards for "Roots" and "Brian’s Song", created "Starsky and Hutch", wrote the screenplay for "Purple Rain", wrote or produced for numerous TV series, among them "Eight Is Enough", "Pensacola: Wings of Gold", "Our House", "Fame", "Here Come The Brides", "Hunter", "The Rookies", and so much more. He has been honored with the Peabody Award, the Humanitas Prize, and the Laurel Award for lifetime achievement by the Writers Guild of America.

Listen to a Radio Interview with Playwright William Blinn 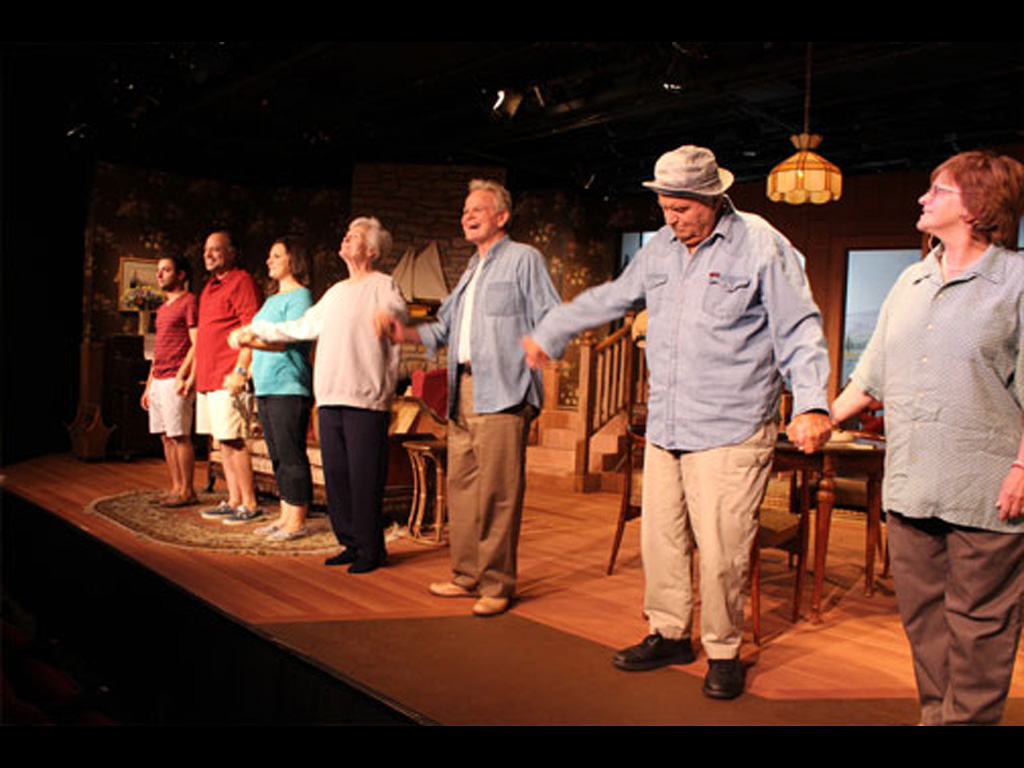 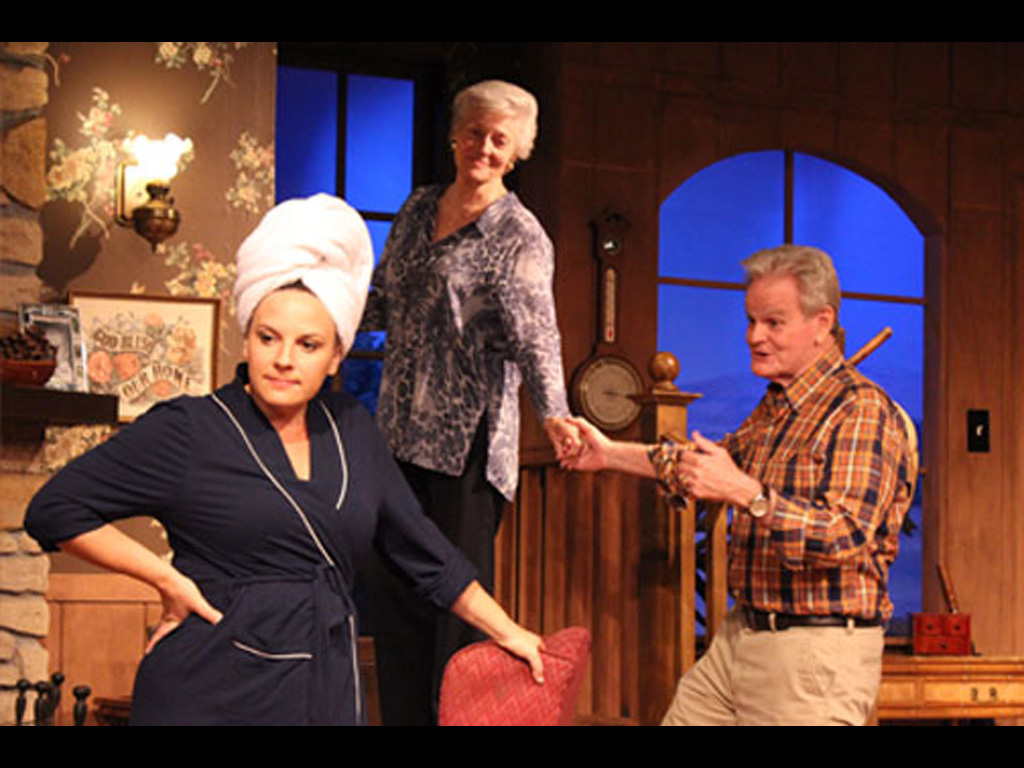 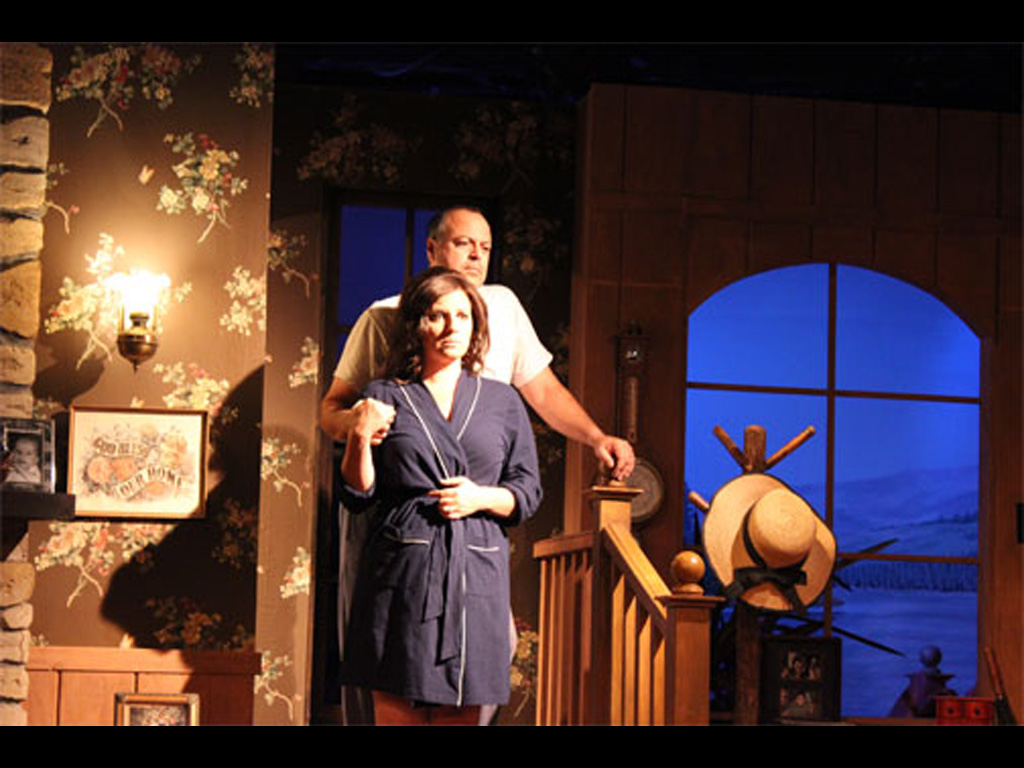